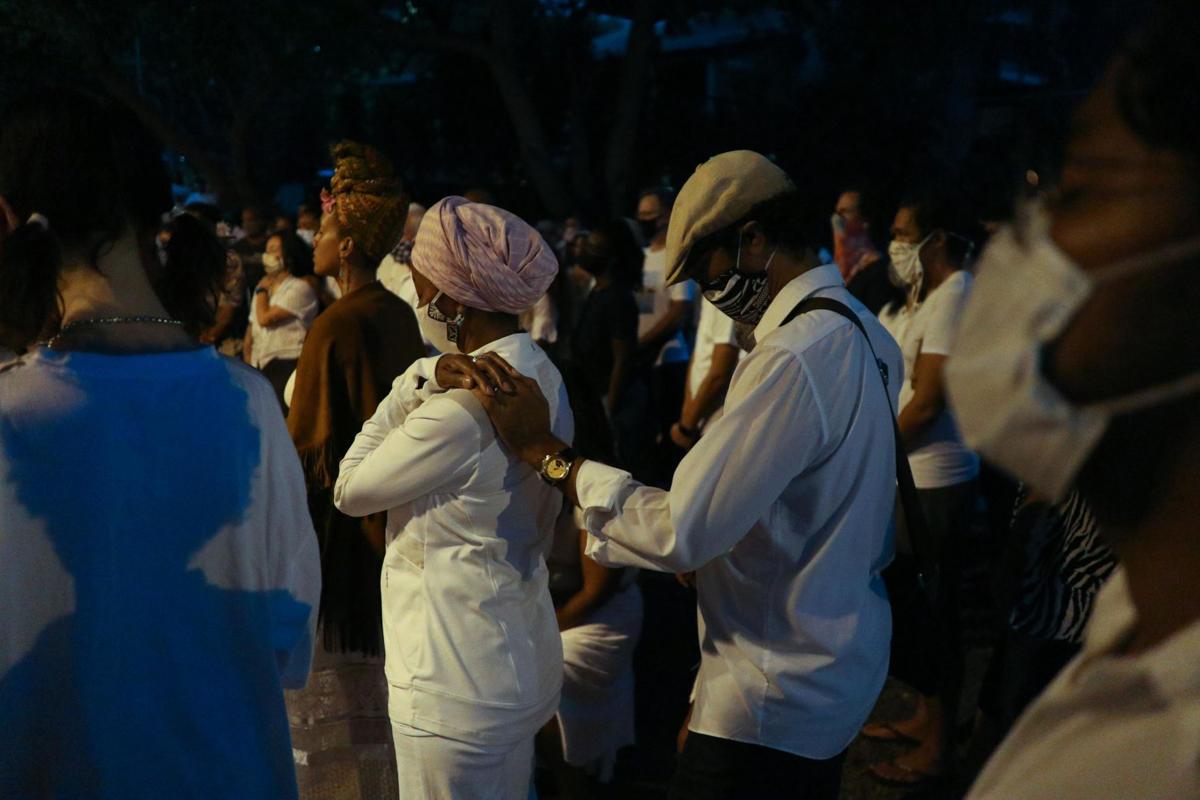 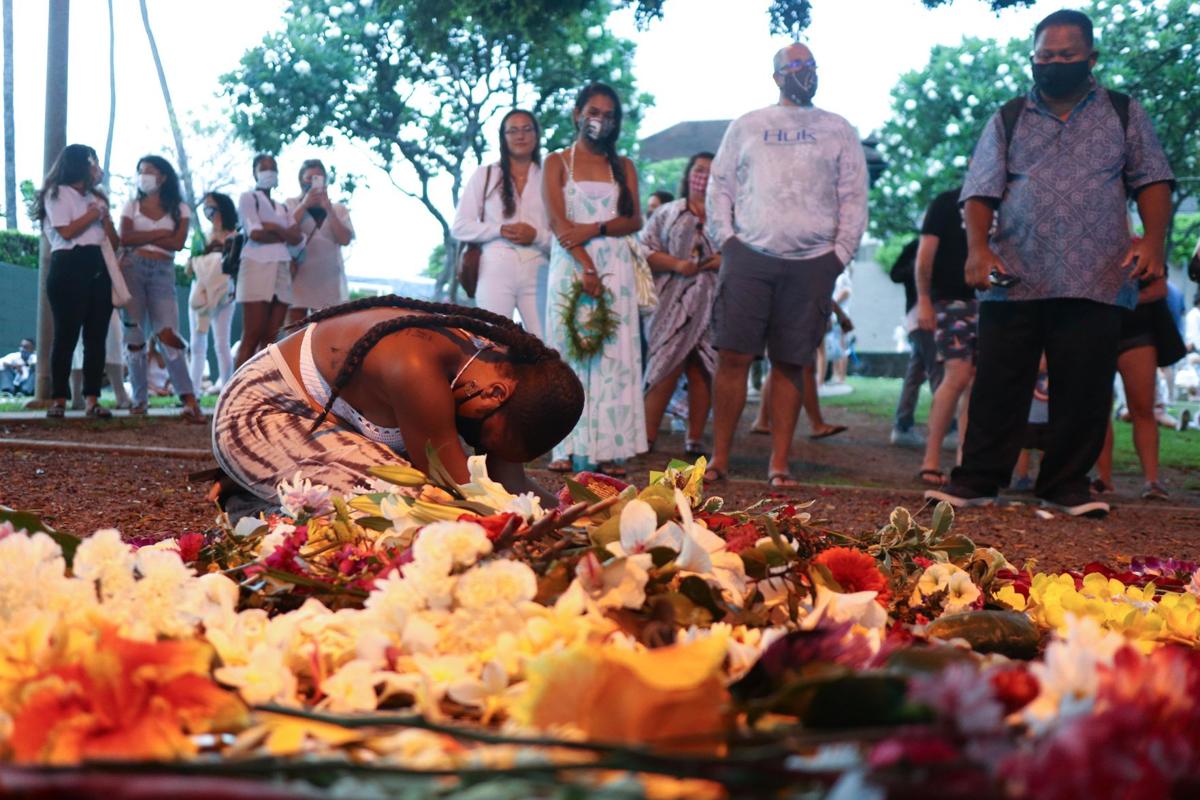 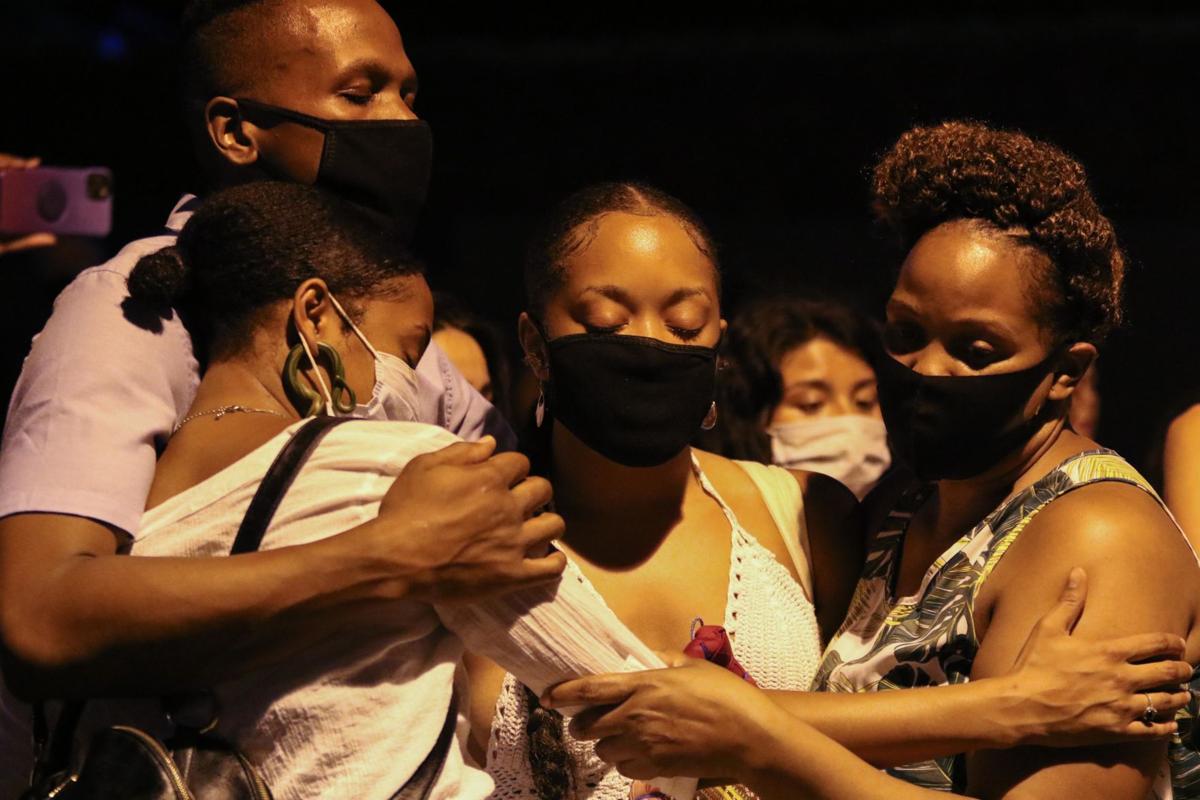 From left Byron Martin, Chanelle Washington, Jade Rhodes and Jean Martin embrace each other during a quiet moment at a sunset ceremony celebrating Juneteenth at Mākālei Park, Honolulu, HI.

In honor of “Juneteenth,” The Pōpolo Project, a Hawaiʻi based non-profit organization that seeks to redefine what it means to be Black in Hawaiʻi, organized a gathering on the evening of June 19.

Hundreds congregated at Mākālei Beach Park during sunset dressed in white paying respects to their resilient ancestors and celebrating the freedom “Juneteenth” brought to those enslaved for over two centuries.

Flowers and leis were laid at the community altar in a circular formation among photos and handwritten letters, some addressed to Martin Luther King Jr. and others to ancestors and late loved ones. The organizers and attendees shared a moment of silence.

“Juneteenth” dates back to June 19, 1865, when Major General Granger brought the news to Galveston, Texas that Black slaves were now emancipated from slavery more than two years after President Abraham Lincoln issued the Emancipation Proclamation.

In the midst of the Black Lives Matter movement that was sparked by the fatal arrest of George Floyd, “Juneteenth” serves as another reminder of racially motivated violence and disparities that the Black community continue to face.

Hawaiʻi partook in the BLM movement, which has swept across the nation and even internationally, with vigils and demonstrations. A June 6 march from Ala Moana to the state Capitol drew an estimated 10,000 attendees.

Mayor Kirk Caldwell and the Honolulu City Council have expressed their support for the BLM movement, recently passing Resolution 20-154. This resolution officially proclaims June 19 as “Juneteenth”, a day of celebration and commemoration.

Black community organizations like the Honolulu National Association for the Advancement of Colored People, The Pōpolo Project and the Hawaiʻi Chapter African American Chamber of Commerce (AACoC) have voiced their concern for the long-lasting issue that has come to the forefront of the media.

“This was another profound example of a black man in America dying as a result of an interaction with a white police officer. It has become symbolic of the straw that broke the camel's back primarily because of the manner in which his life was taken and his humble pleas to just breath going  ignored.  No human being should have to experience this type of brutal demise,” Alphonso Braggs, president of the Hawaiʻi NAACP, said.

Anthony Johnson, president of the Hawaiʻi Chapter AACoC expressed similar grievances toward the death of George Floyd and many others of the Black community who have faced racial violence.

“As a world, we are facing one of the largest pandemics that we ever hope to see in our lifetime. The times are historic, and now it's more necessary than ever to show our humanity and come together as a people,” Johnson said.

While the BLM movement has shed light on the solidarity and support shown both nationally and internationally, the Pōpolo Project Organization reminded those who attended the gathering that “Juneteenth” and other demonstrations are reminders of the racial disparities the Black community continue to endure.

“The anguish and the hope of the past weeks have been weighing on us. For some, this moment has been a wake up call. For others, it is the continuation of a nightmare world of anti-Blackness. For some, calls for abolition are new, but for others of us it is what we have been demanding all along,” the Pōpolo Project said. 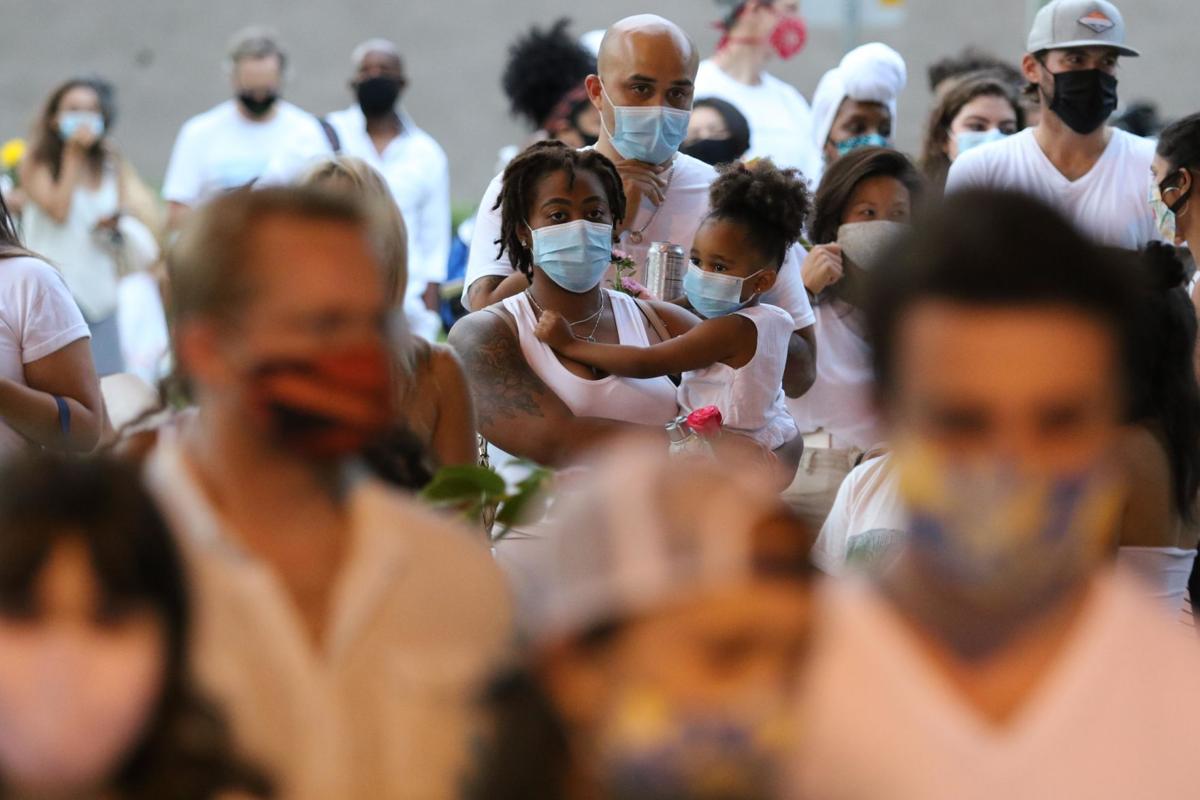 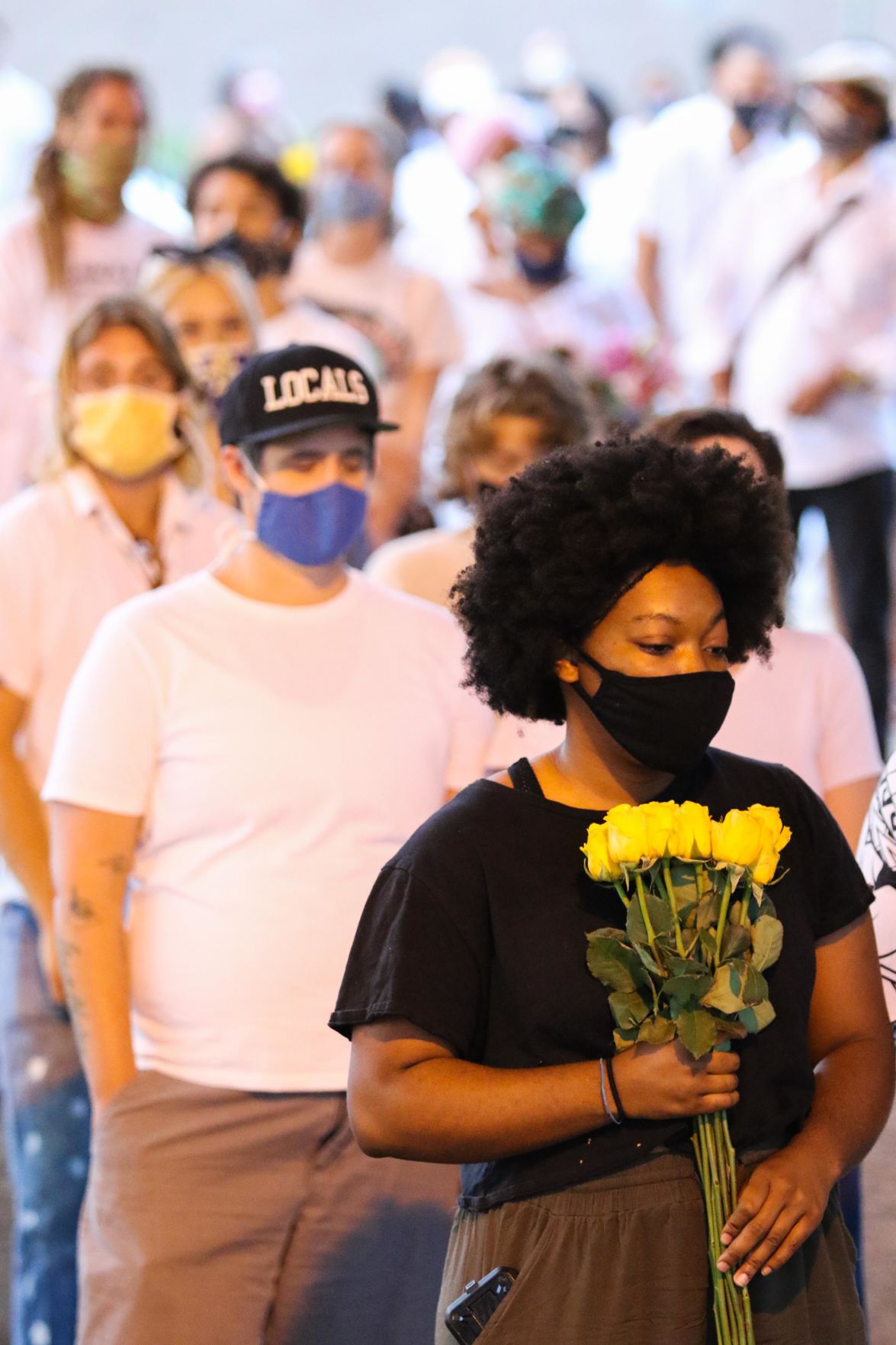 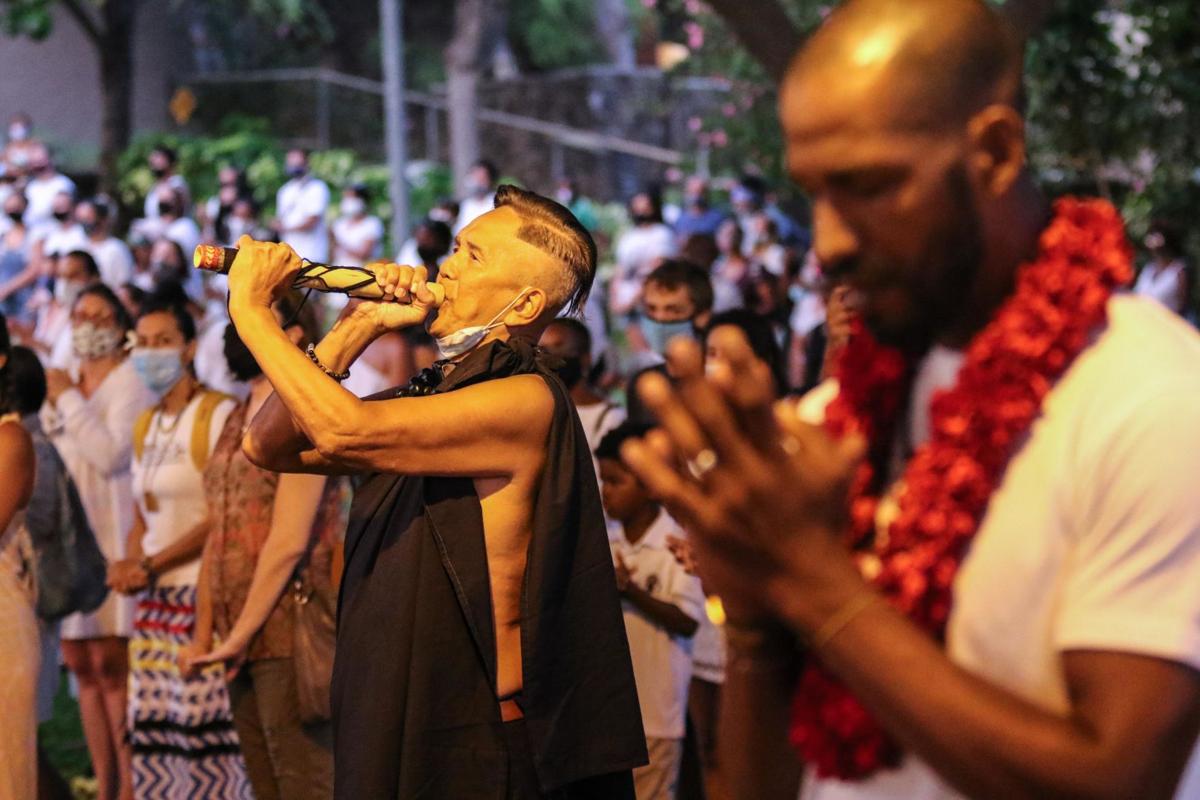 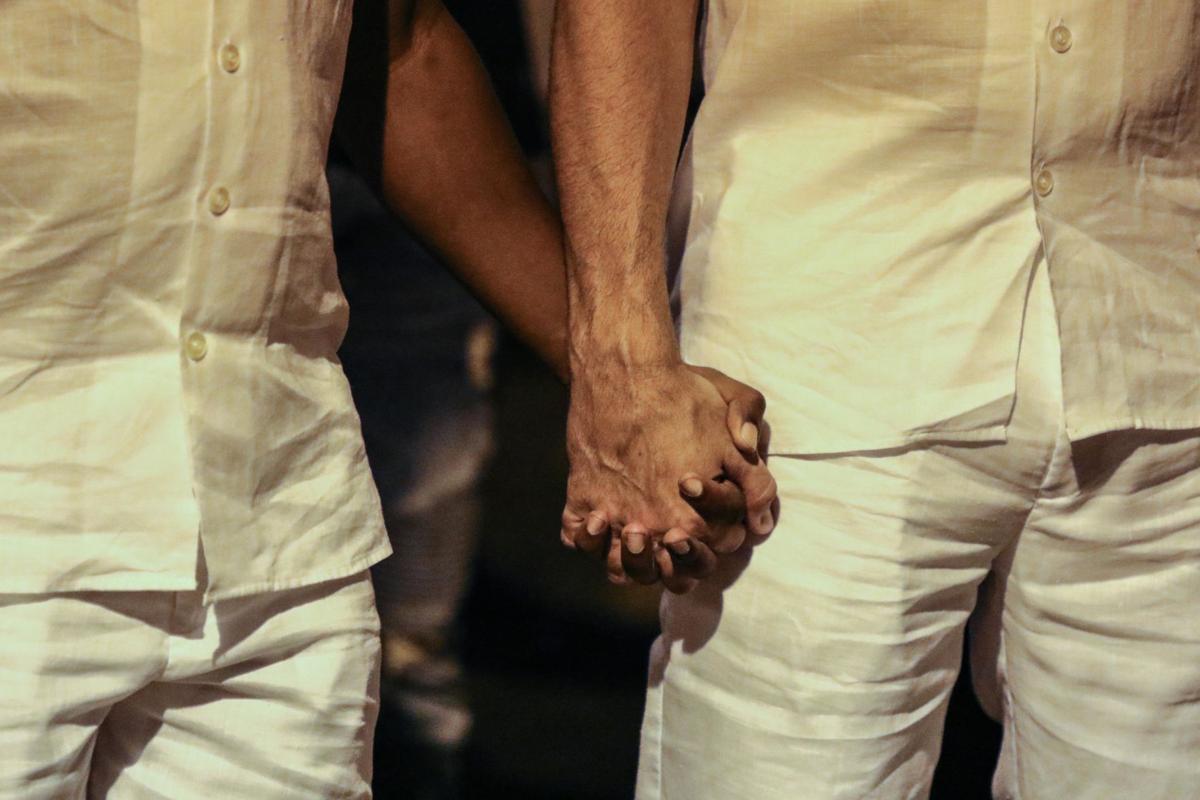 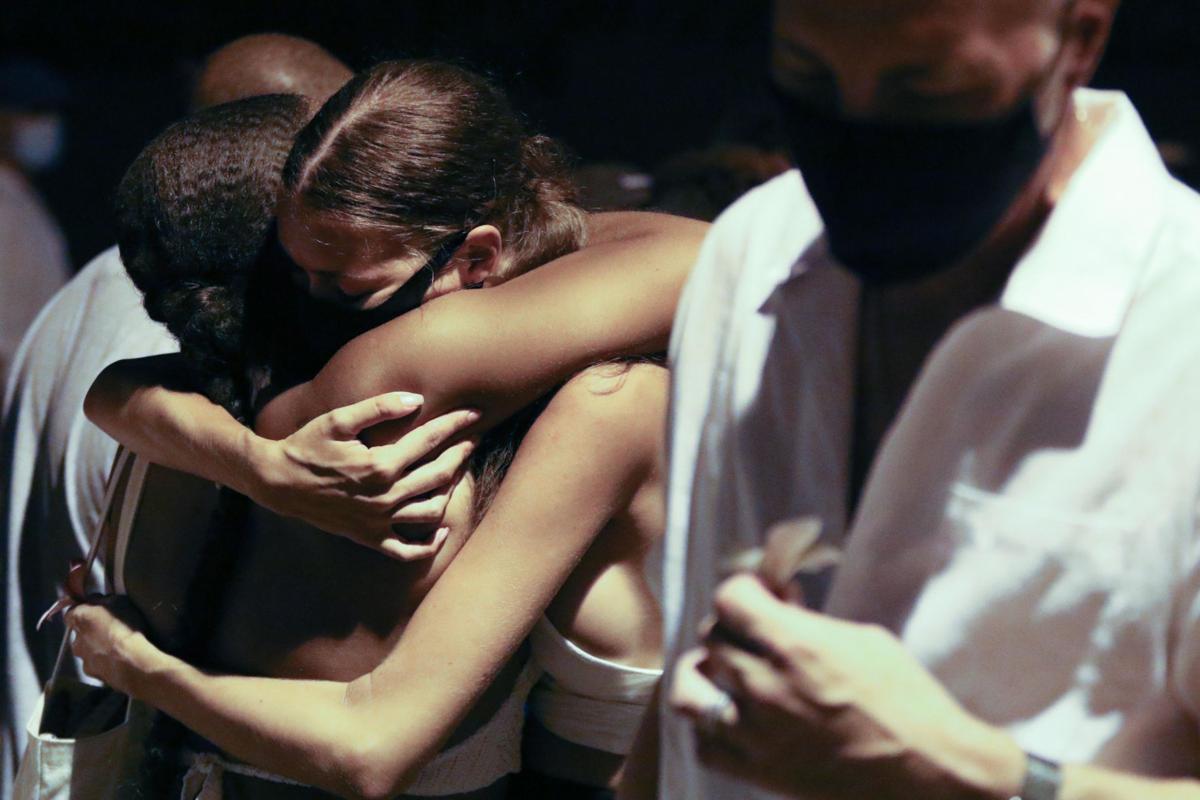 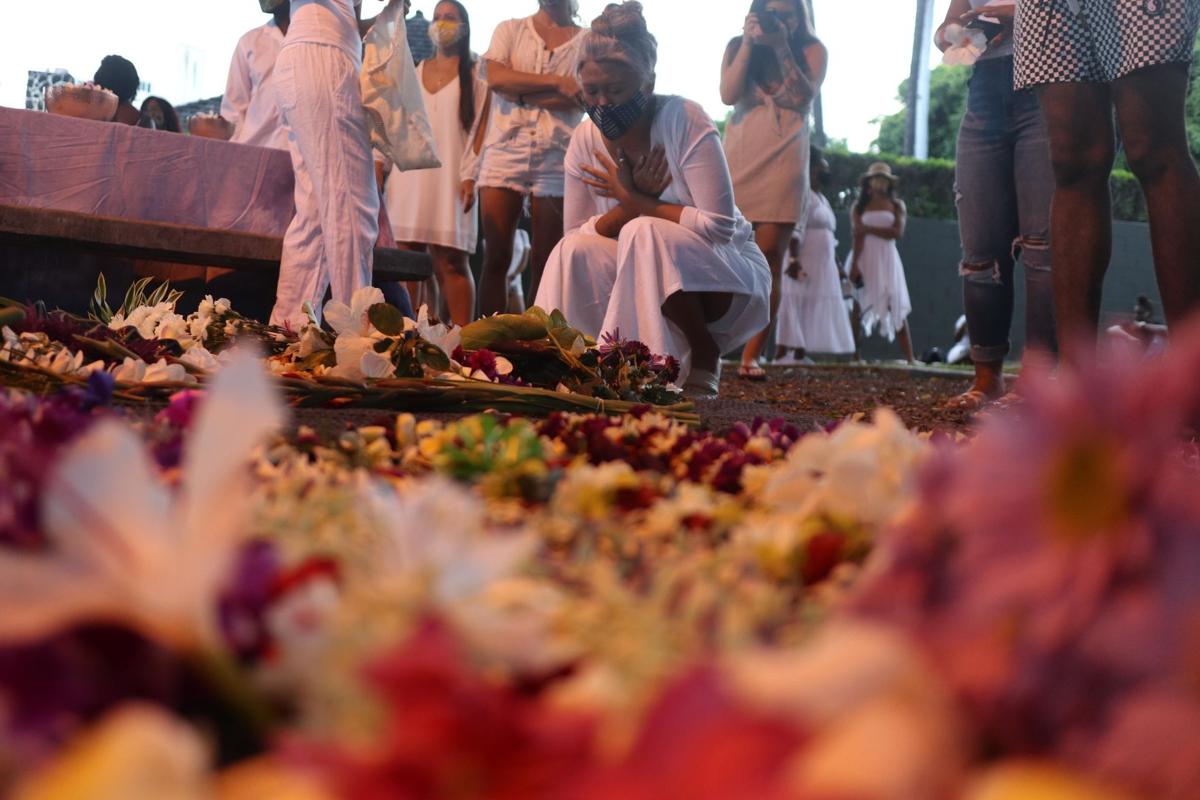 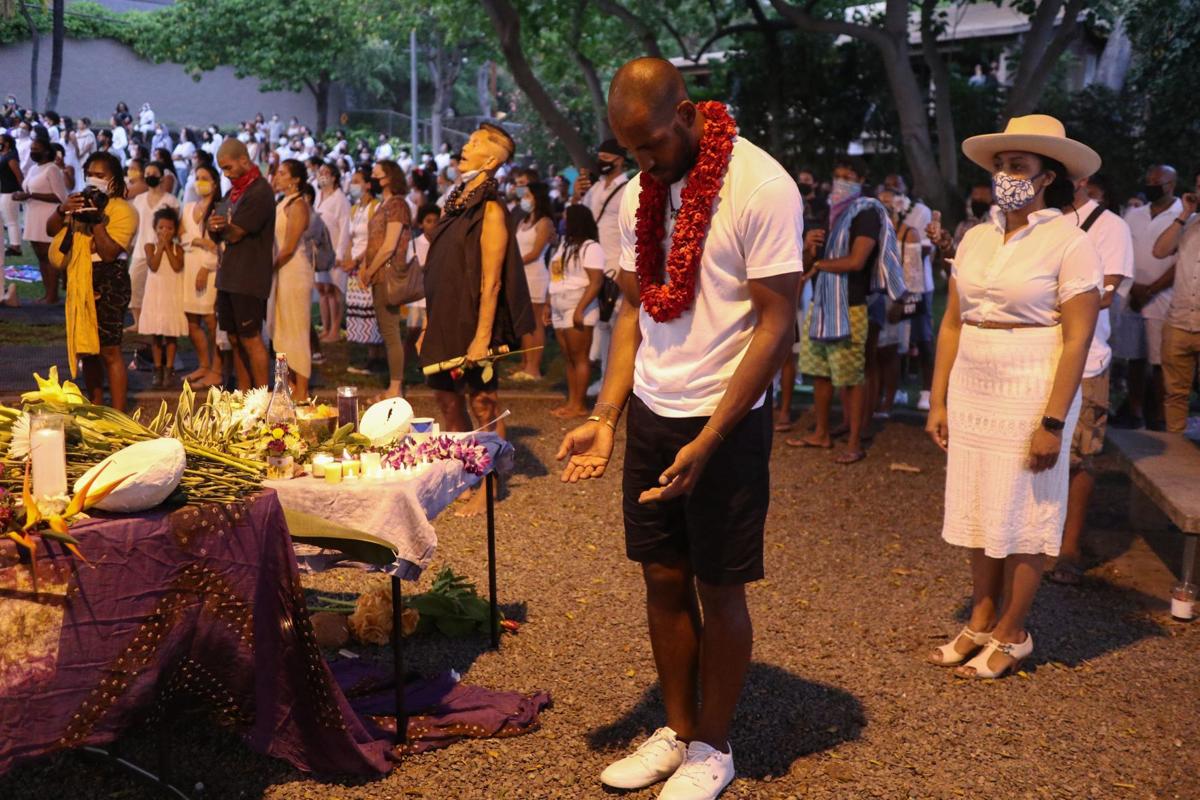 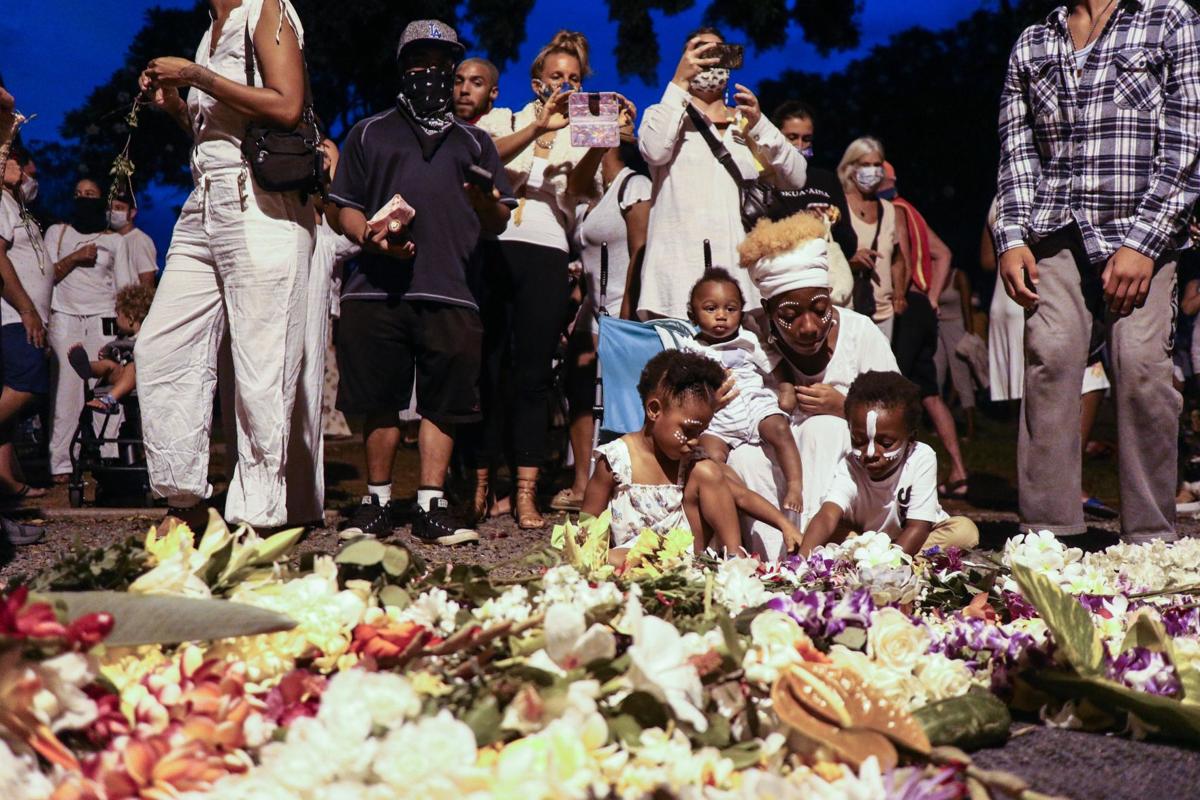