University of Hawai‘i at Mānoa students will have the opportunity to take a class taught by NFL player and former Super Bowl champion – Michael Bennett.

Bennett will be co-teaching American Studies 440 with Associate Professor Robert Perkinson, which focuses on race, sports and justice. The course is open to all UH Mānoa students.

"The hope is to get a really diverse set of students," Perkinson said.

The course will focus on a variety of issues related to criminal justice, racism, and sports, both collegiate and professional. These include: police brutality and Black Lives Matter, reparations and the legacy of slavery, sports team mascots, parallels between African American and Native Hawaiian resistance movements, the National Anthem protests in the NFL and the experiences of student athletes.

Students will also have the opportunity to read both Perkinson’s book on the history of racism and criminal justice, Texas Tough, and Bennett's book, Things That Make White People Uncomfortable.

"To be meeting with someone who's dealing with these sort of levels (of issues) at a very high level in a completely different institutional context from a difference experience, I think that will be really fascinating for the students," Perkinson said of Bennett.

Bennett is a defensive end currently playing for the Dallas Cowboys, and will be joining as co-instructor as soon as the Cowboys finishes the season. He has played twice in the Super Bowl, and was part of a Seattle Seahawks team that won two NFC championships and a national championship in 2014. Bennett has also played for the Tampa Bay Buccaneers, Philadelphia Eagles and the New England Patriots.

"Once he's finished banging himself around in the NFL, he's interested in kind of going back to school and pursuing another career," Perkinson said. "So he's really excited about the possibility of meeting with students and developing a class." 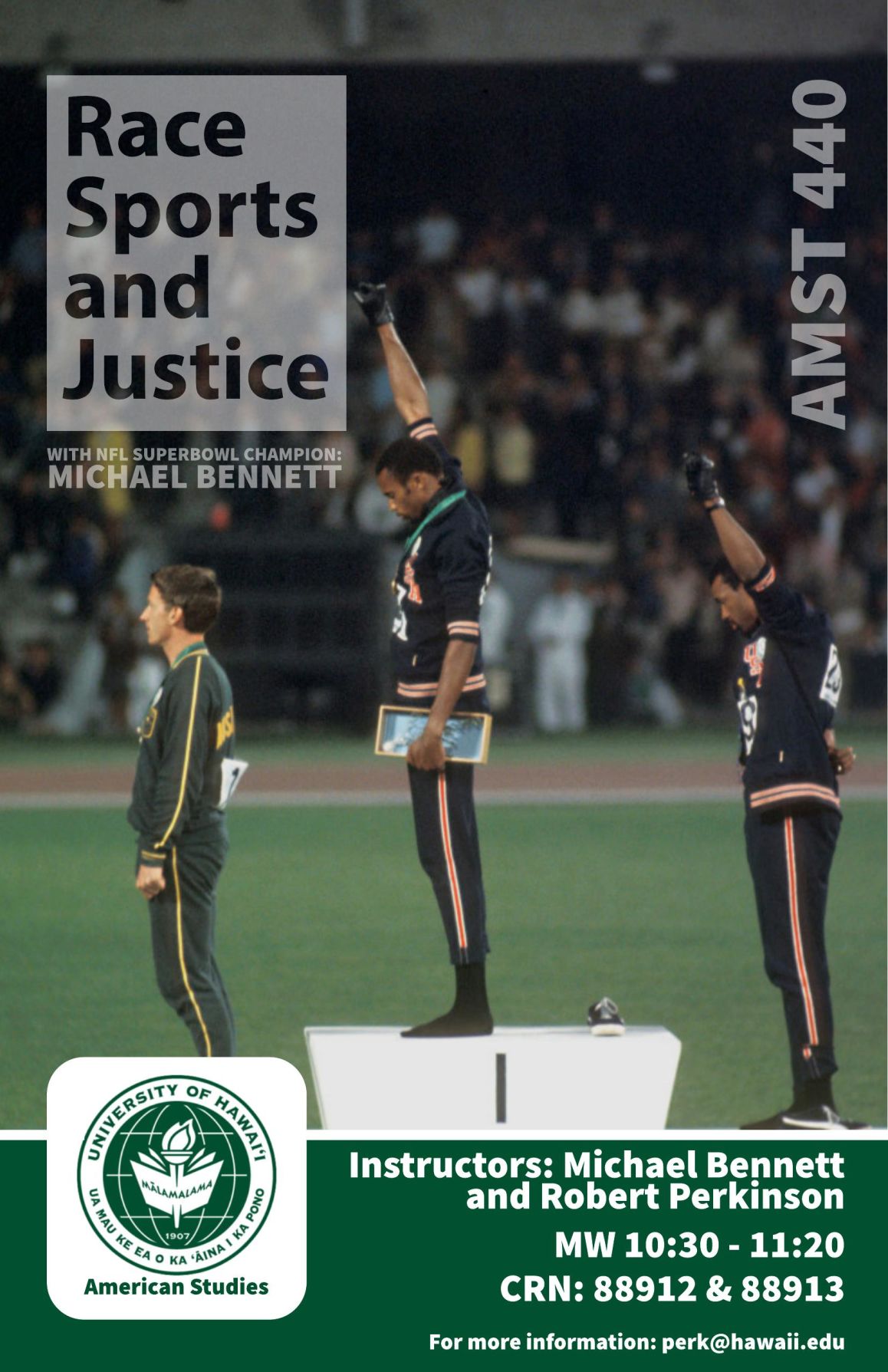