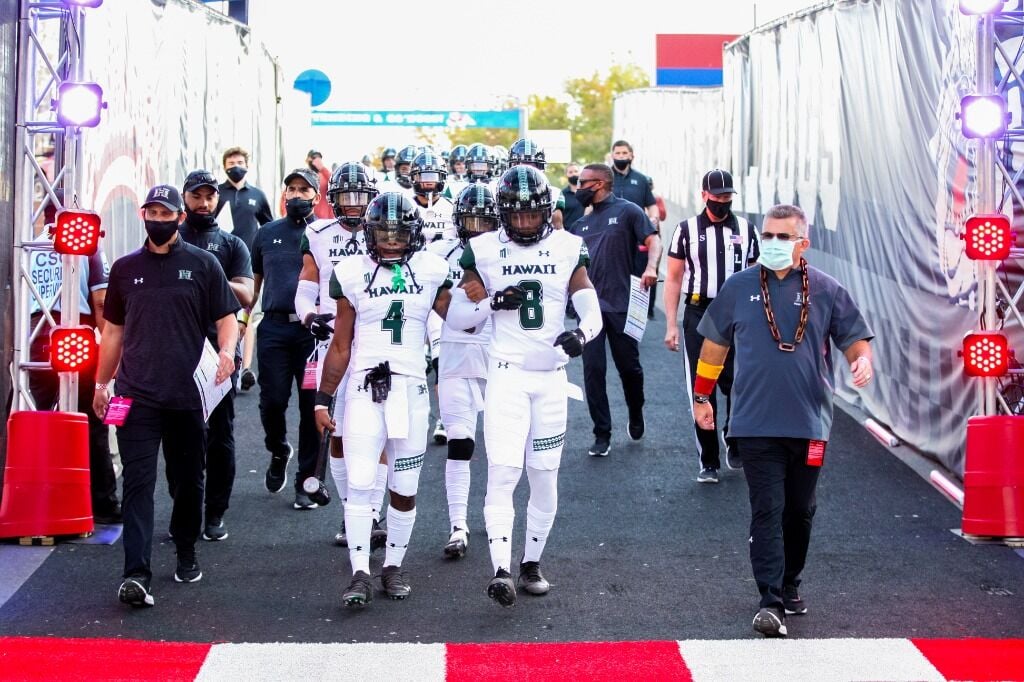 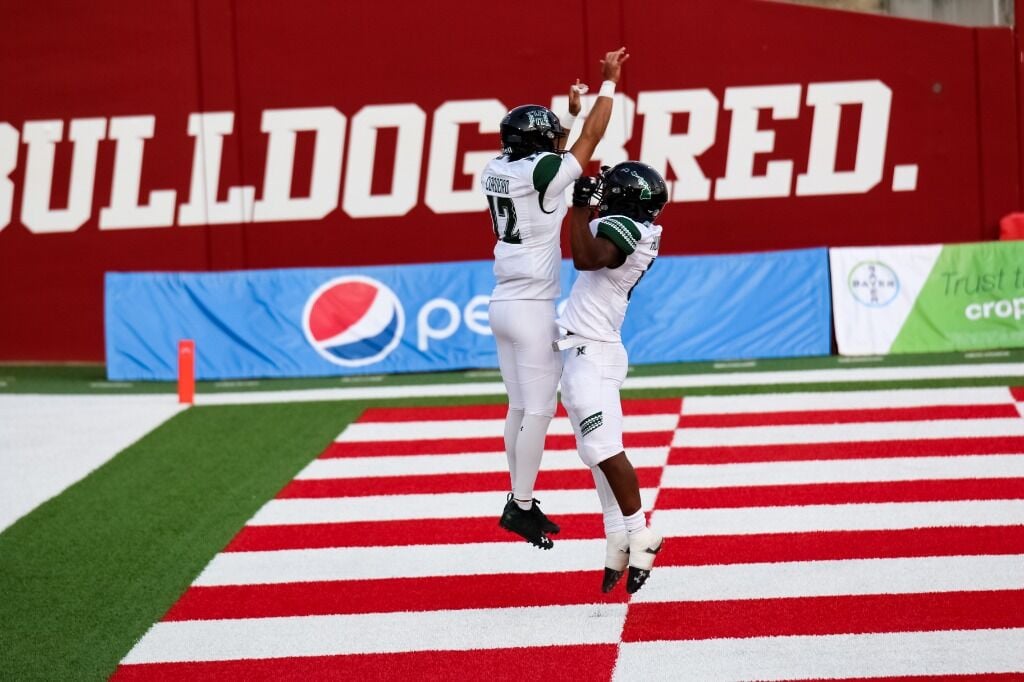 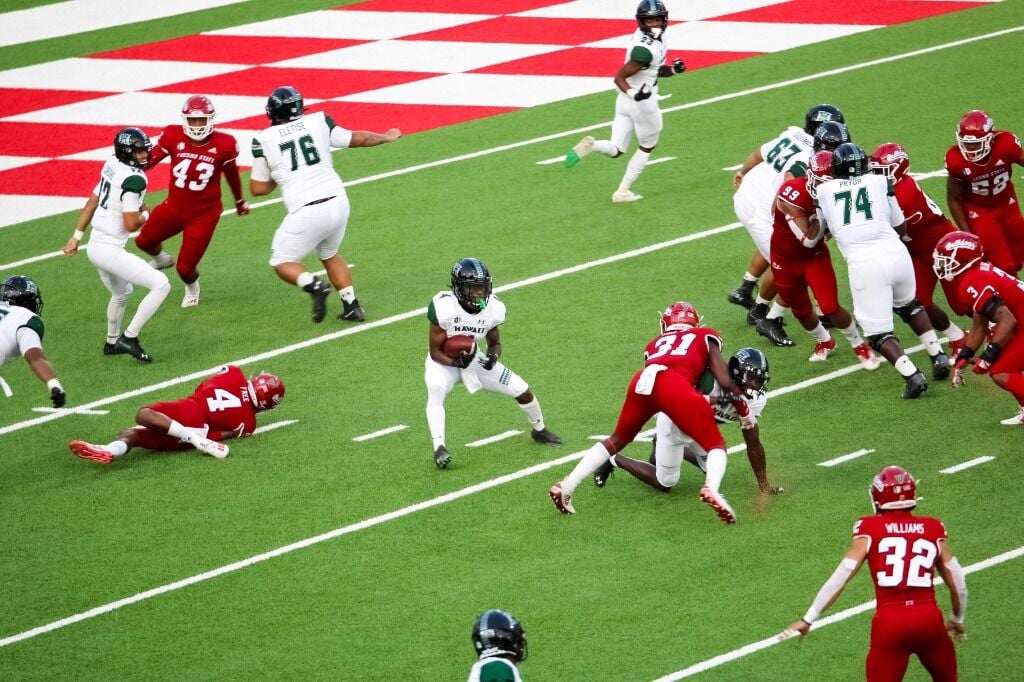 The Todd Graham Era kicks off with a win, as the Rainbow Warriors bulldoze over the Fresno State Bulldogs 34-19.

In his Rainbow Warrior debut, Coach Graham did something no coach has done this century: win the first game of their coaching stint. The last coach to do so was Bob Wagner in 1987.

Under Nick Rolovich, the Warriors were known for their elite passing attack through the Run and Shoot offense. Under the Graham regime, the main form of attack is being dominant and physical on both sides of the ball.

“I thought we physically dominated them,” Graham said. “Proud to be one and zero, proud of our boys, they deserve all the credit. We got a lot of things we can get better at.”

The rushing attack led by quarterback Chevan Cordeiro and starting running back Miles Reed ate up time, and ate up the Bulldogs as well.

The Rainbow Warriors accumulated 323 rushing yards, the most since rushing for 344 yards against Nevada in 2016. Apart from the incumbent starters, senior transfer Calvin Turner (60) and freshman Dae Dae Hunter (48) both contributed to the dominating ground game.

Hawaiʻi turned back the clock with their hire of former Rainbow Warrior Victor Santa Cruz, a member of the “War Dog Defense” in the 90’s, this spring. Someone must have not told the Hawaiʻi defense they are not in the 90’s anymore.

The defense took the ball away from the Bulldogs four times, with senior defensive back Eugene Ford snagging two picks from Jake Haener. But Ford isn’t taking the credit for his amazing performance.

How did the team celebrate the big win against the Bulldogs? They smashed a rock with a hammer.

“We actually have a rock each week,” Graham explained. “Our focus was to break that rock… We busted that rock out, we celebrated a little, did a little prayer, gave the good Lord the glory, and moved on to the next one.”

The player that broke the rock? Chevan Cordeiro.

As the leader of the run and gun, Graham’s mix of the Run and Shoot, RPO offense, and the Air Raid, Cordeiro threw for 229 yards with 113 rushing yards and two rushing touchdowns.

The biggest surprise of the game had to be the depth displayed from the running back room. Calvin Turner was being described as ”Taysom Hill” for the Warriors yesterday by Spectrum announcer Rich Miano as the team busted out the wildcat formation several times during the game. Dae Dae Hunter provided a change-of-pace as he scurried around tacklers and fought for every one of his yards.

Apart from a sloppy first quarter, Hawaiʻi showed that they are able to dominate both sides of the ball. The pass game is still strong, being led by transfer Rico Bussey, and the ‘Bows can run like Diocemy Saint-Juste is still in the RB room.

The defense showed a glimpse of War Dog in them, with Khoury Bethley and Darius Muasau going sideline to sideline to stop offenses. While play wasn’t perfect, the defense was bending and not breaking.

Matthew Shipley, starting placekicker, left six points on the table as he missed two 49-yard field goals of which is the backend of his range. Shipley went 2/4, and some fans are wanting to see Kamehameha grad Adam Stack on the field other than kicking off. But one game shouldn’t be the end of a freshman’s season, and we will see in a few weeks how Shipley improves.

Next Friday, UH will be going against the Wyoming Cowboys in the battle for the Paniolo Trophy. The ‘Bows will be defending their title, as the last time the teams met in 2018 Chevan Cordeiro led his team to a comeback win in Aloha Stadium. This game will be broadcasted on FS1 at 3:45 p.m HST.