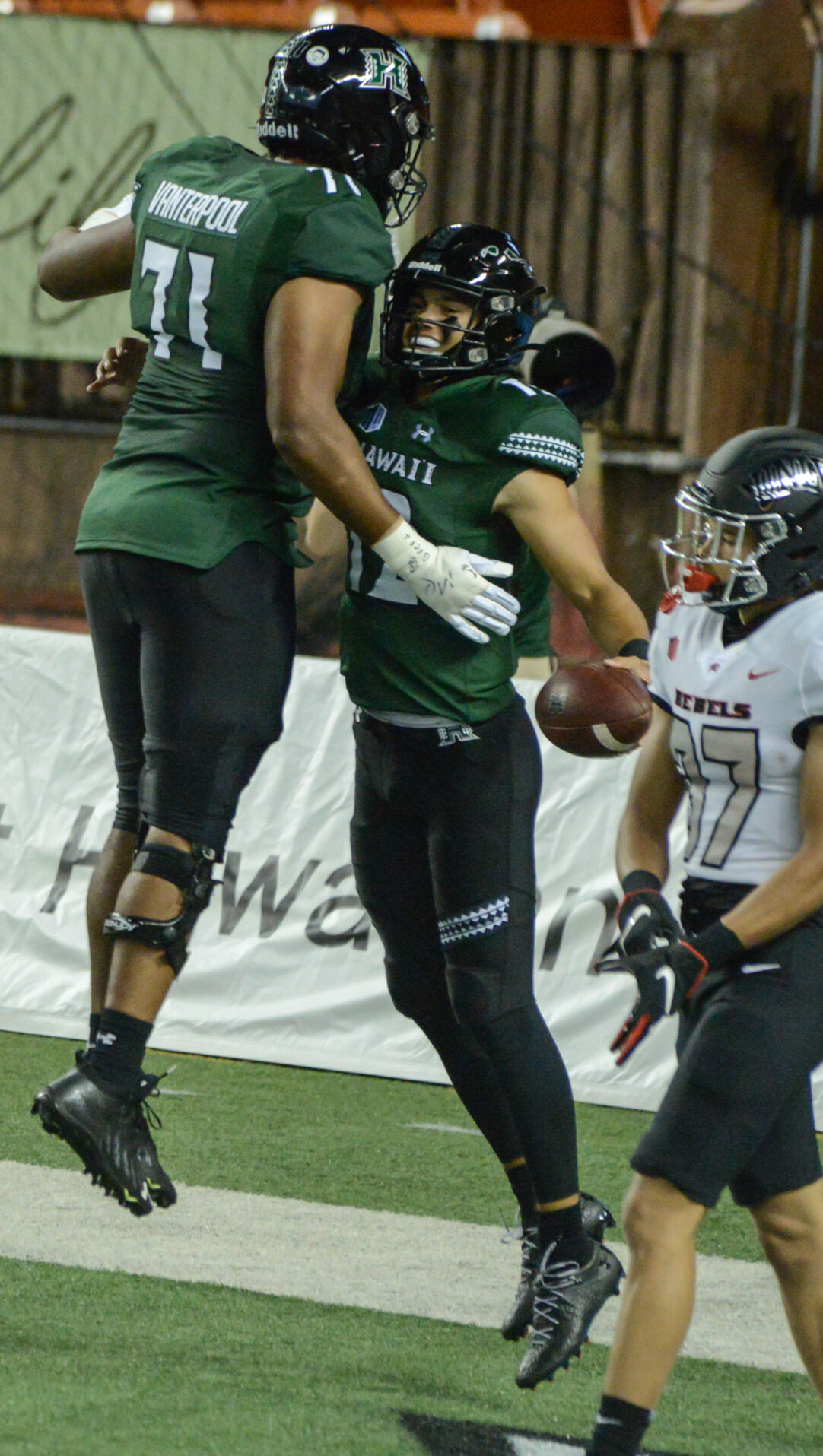 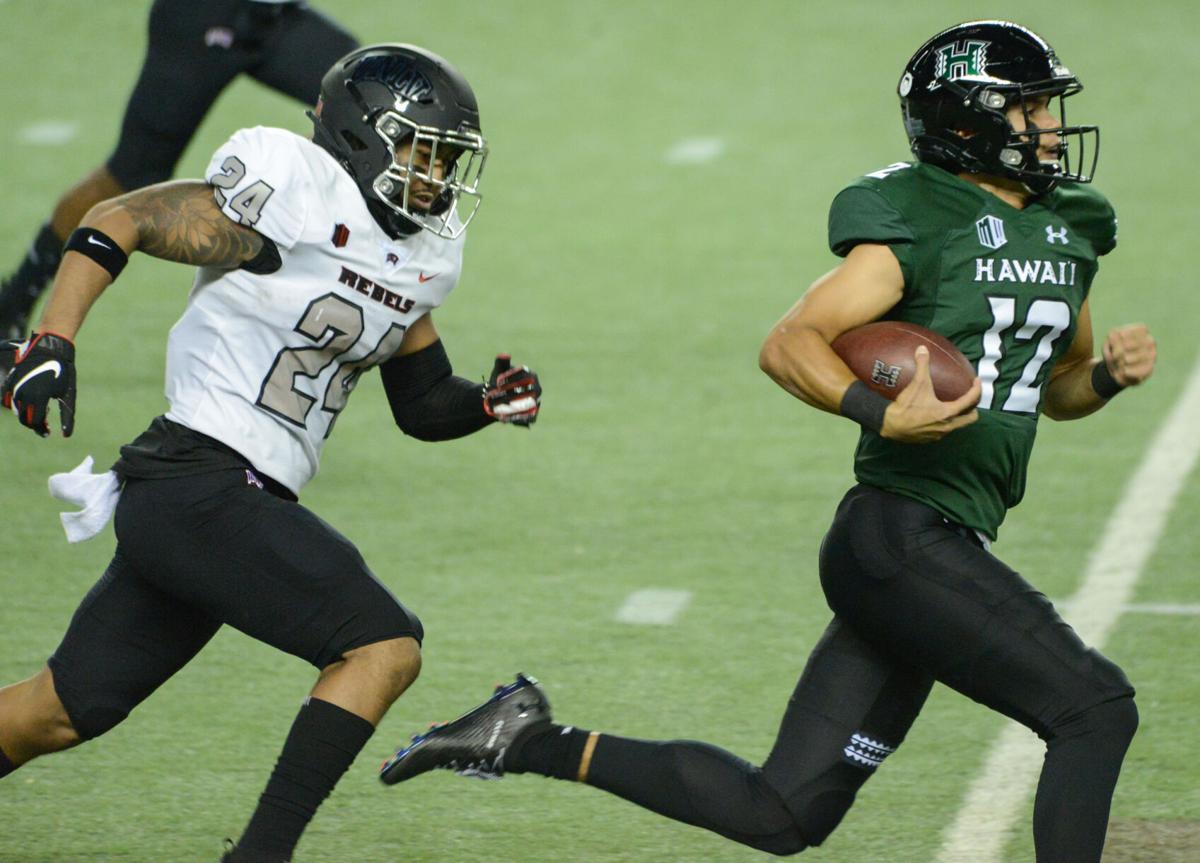 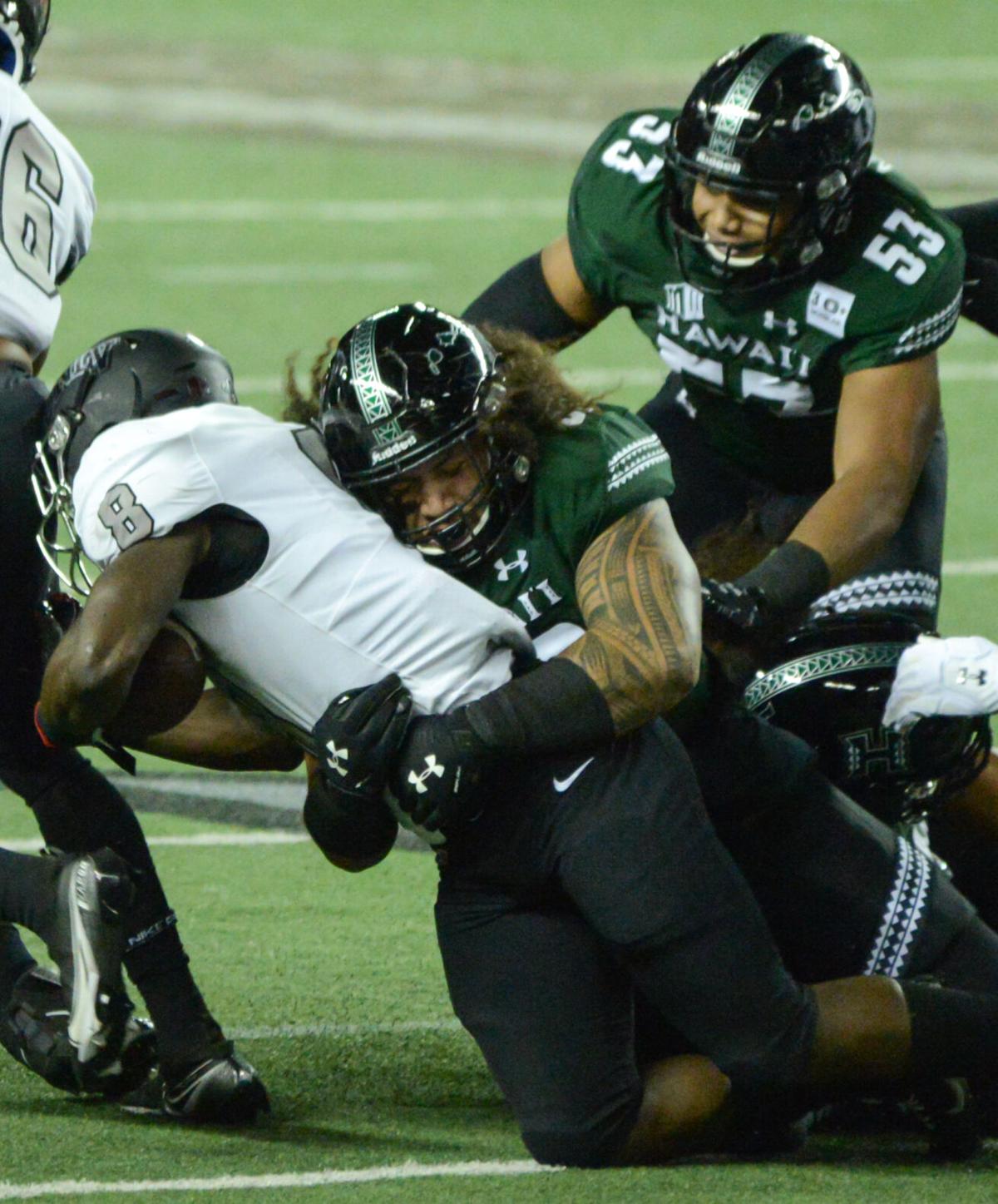 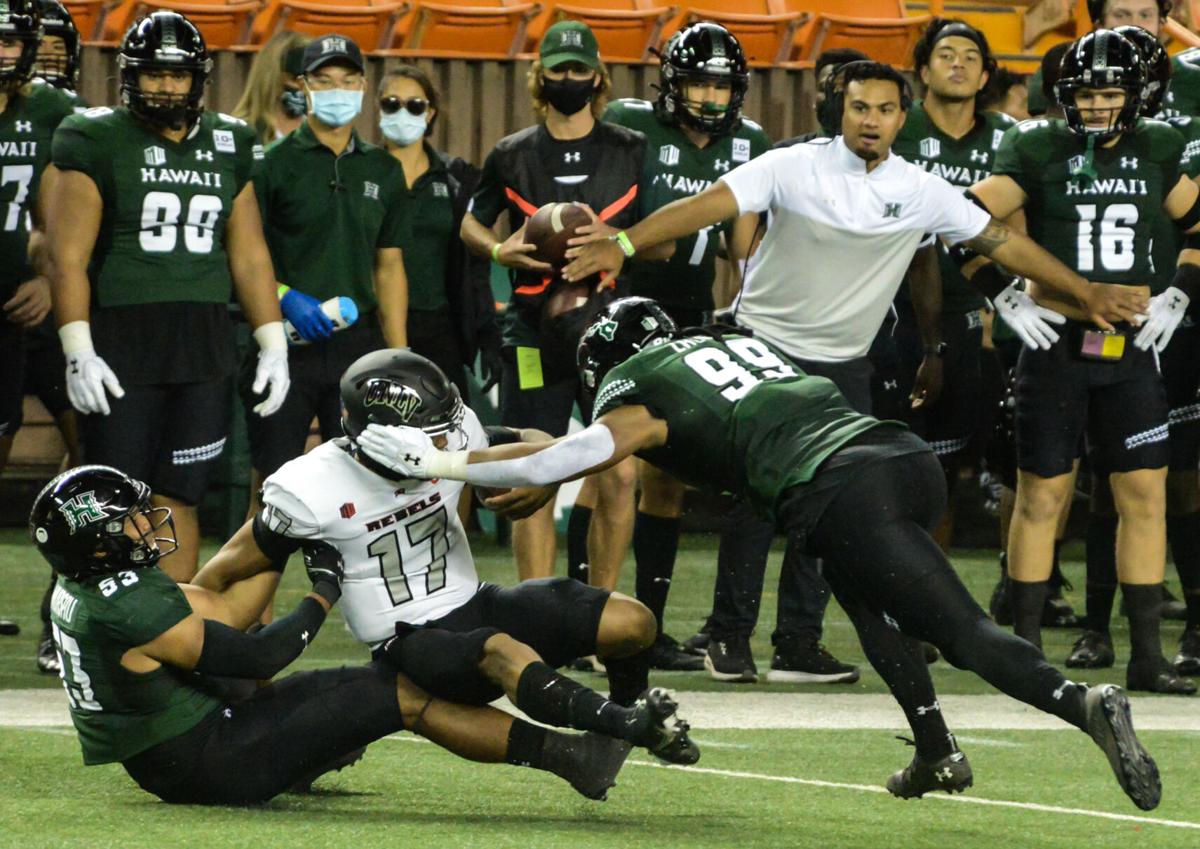 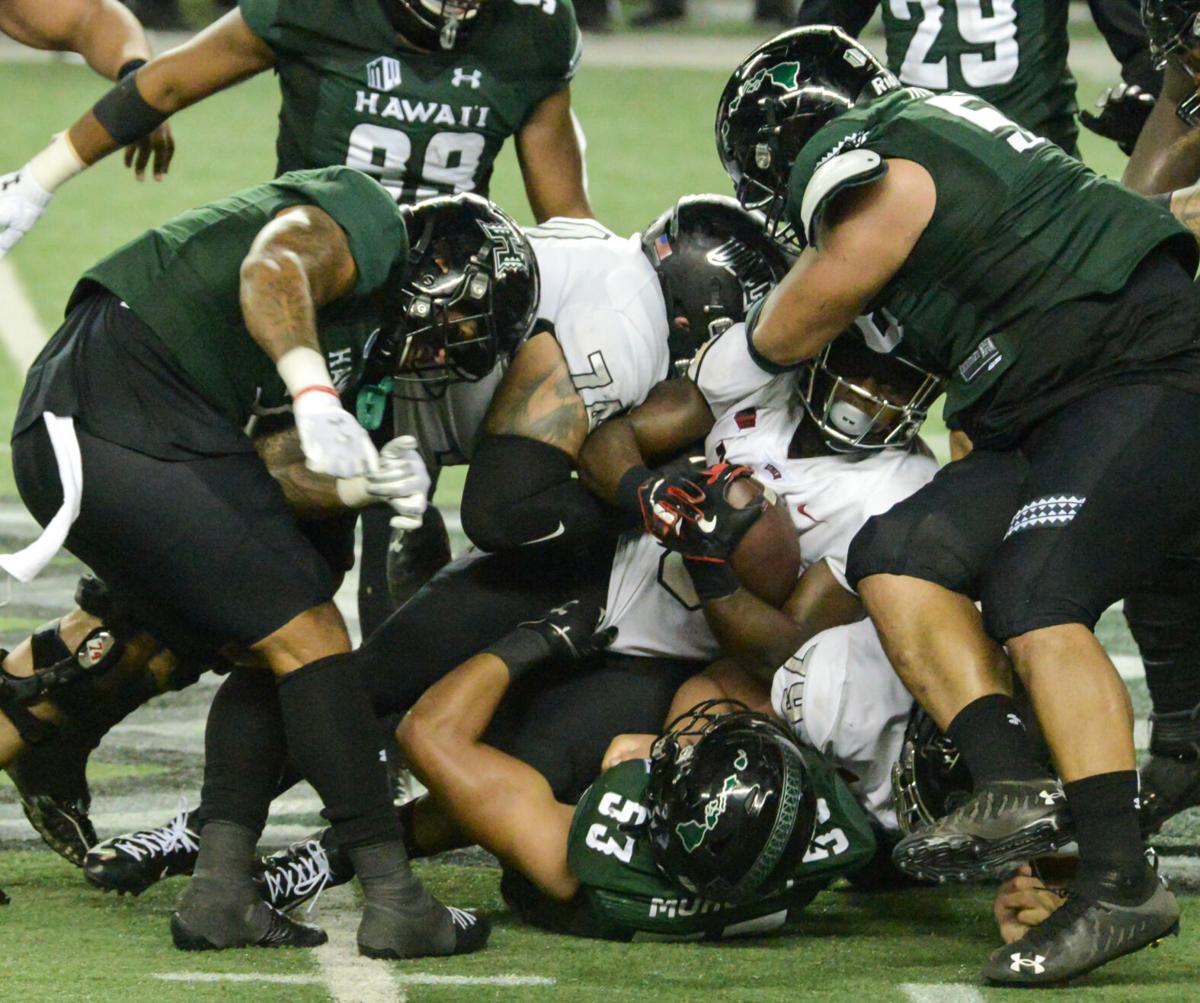 The University of Hawaiʻi Rainbow Warriors routed the UNLV Rebels 38-21 Saturday night at Aloha Stadium. In the season finale, the ‘Bows would finish out the way they opened the season by dominating the run game.

With this win, Hawaiʻi will keep the Island Showdown Trophy for the third year in a row, having never lost the trophy since its creation back in 2018.

Chevan Cordeiro went 20-33 for 252 yards and an interception, but would add 88 yards and two touchdowns on the ground. The Rainbow Warriors would have seven rushers to touch the ball, with four different rushers breaking the plane.

Offensive weapon Calvin Turner combined for 132 yards and a touchdown and had a kickoff touchdown reversed due to penalty. Miles Reed finished with 108 total yards, and freshman running backs Dae Dae Hunter, 34 yards, and Koali Nishigaya, 14 yards, would both rush for a touchdown each.

Defensively, the Rainbow Warriors were led by tackling machine Darius Muasau. Muasau finished the night with 18 tackles, 1.5 for a loss and a sack. This is the most tackles for a Rainbow Warrior since CFL great Solomon Elimimian got 20 in 2007.

“The reason I play ball is for my family, I play to give back to my family … I just hope that I make my parents proud and my family proud,” Muasau said.

Justus Tavai and Khoury Bethley both registered sacks as well, and Tavai would also have a fumble recovery for the season finale.

With the win, Todd Graham will finish his first season with the Rainbow Warriors at 4-4. And thought this would have been the end of the season, it was announced on Sunday that the ‘Bows were invited to the New Mexico Bowl on Christmas Eve.

While it isn’t the SoFi Hawaiʻi Bowl the nation is used to watching on Christmas Eve, the Rainbow Warriors will be headed out to Frisco, Texas to take on the University of Houston in the battle of the UHs. The last time these two fought was when they brawled after a 2003 Hawaiʻi Bowl victory for the June Jones Warriors.