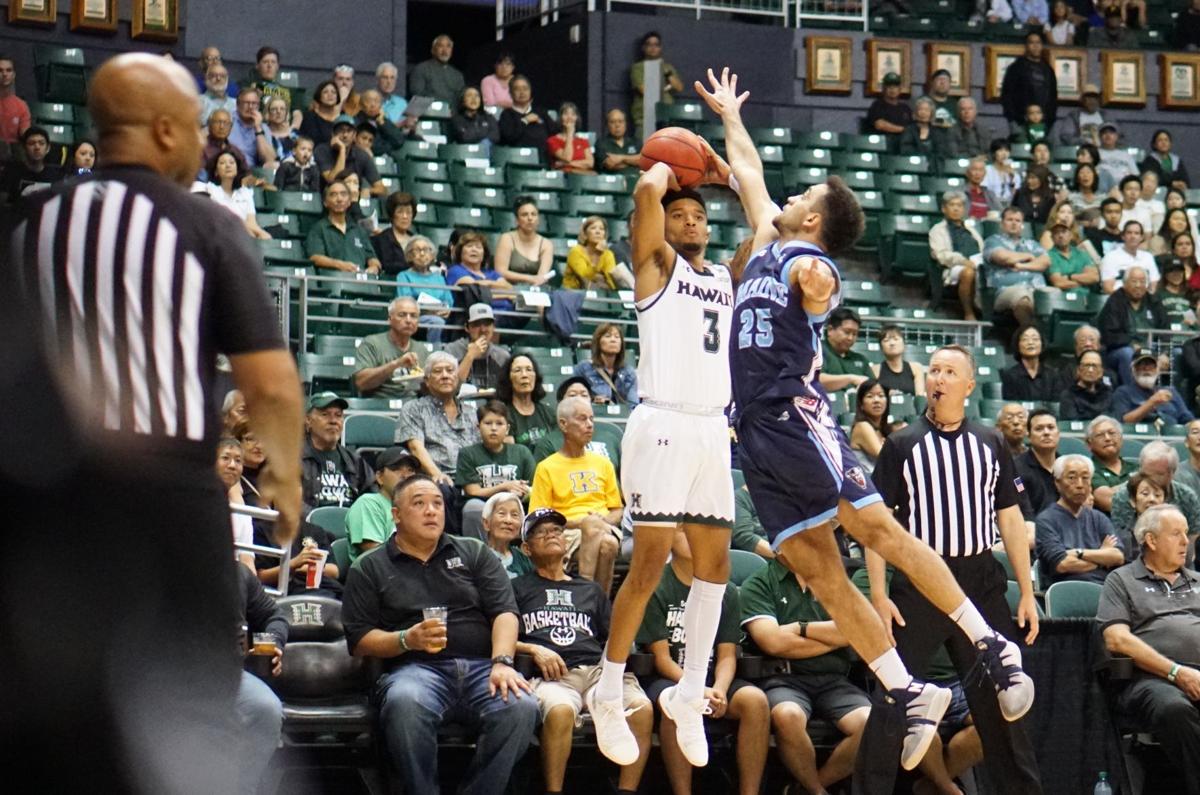 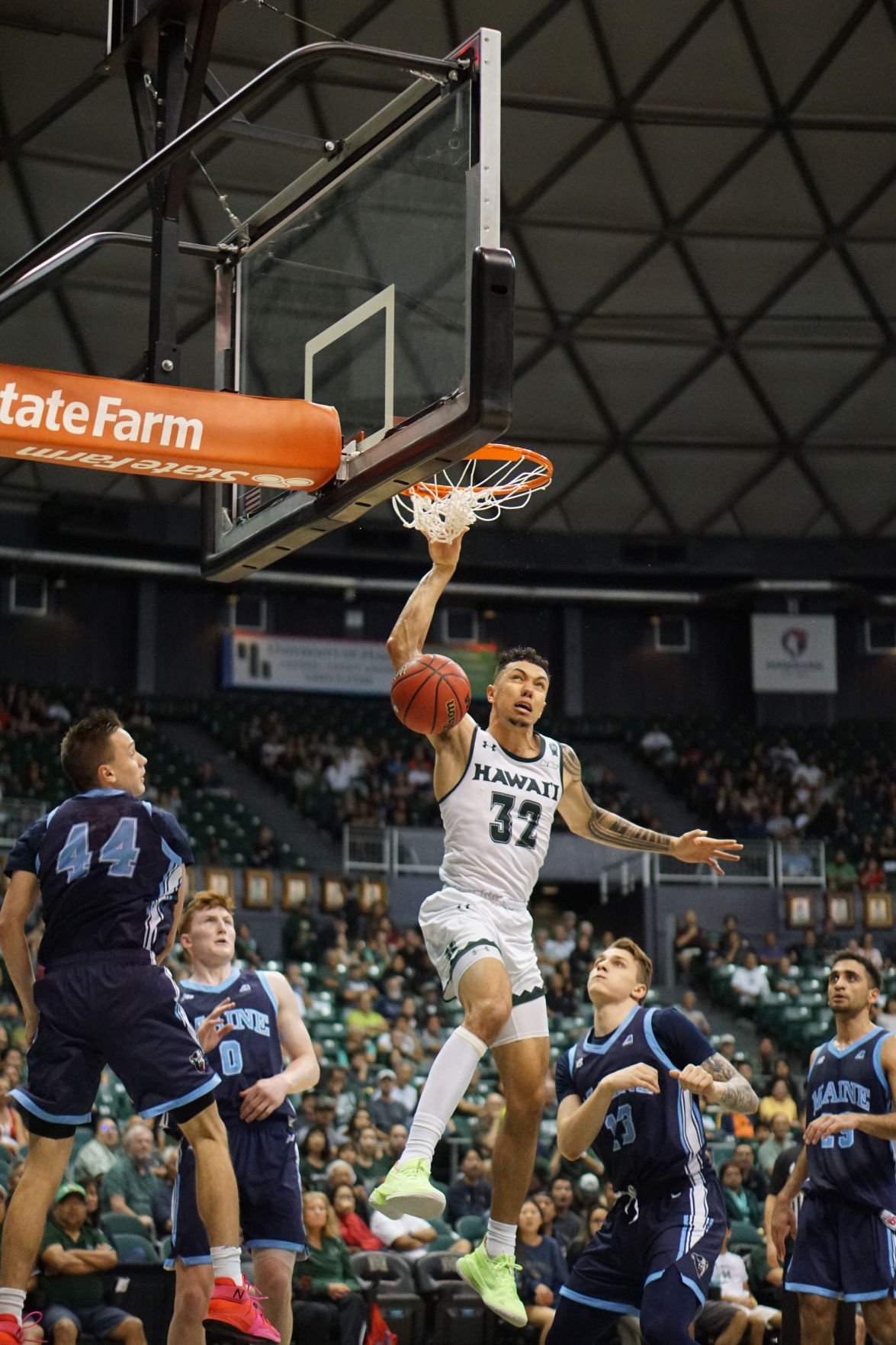 Samuta Avea makes a slam dunk in the first half against Maine at the Stan Sheriff Center on Dec. 29, 2019. 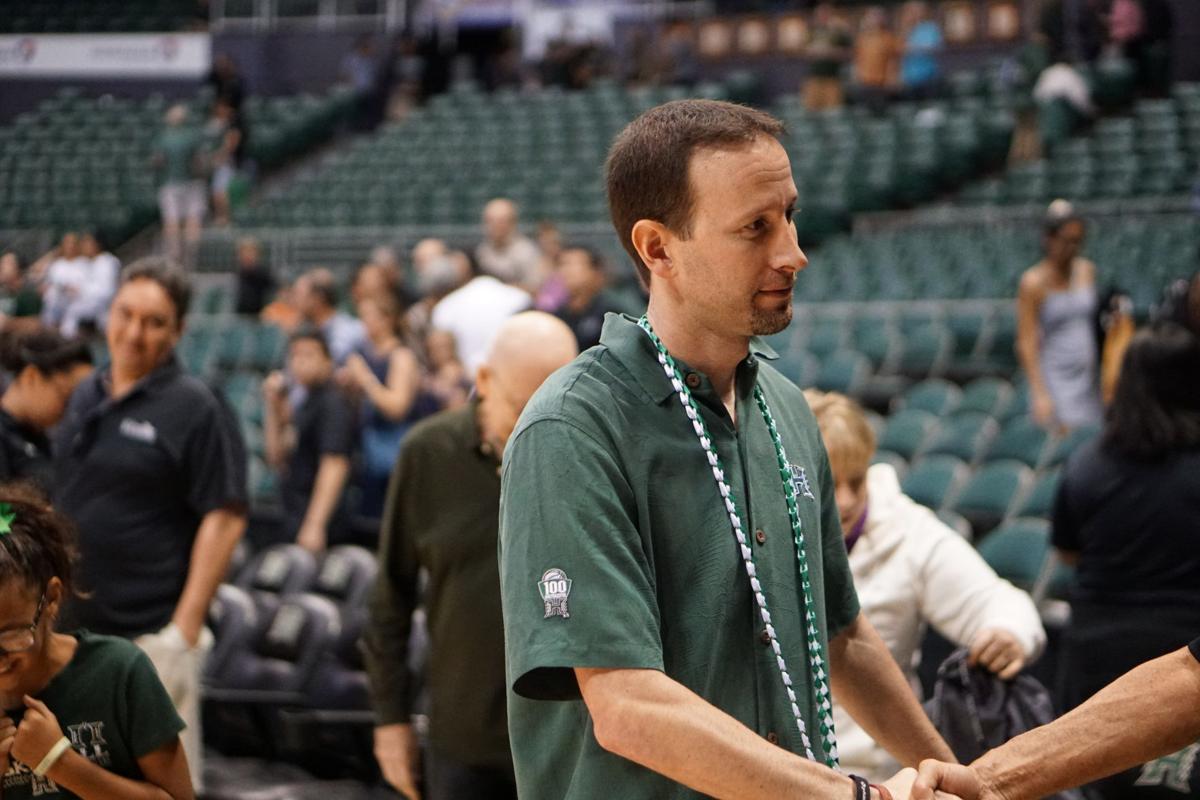 Head coach Eran Ganot resumes his coaching duties after taking a medical leave prior to the season starting. 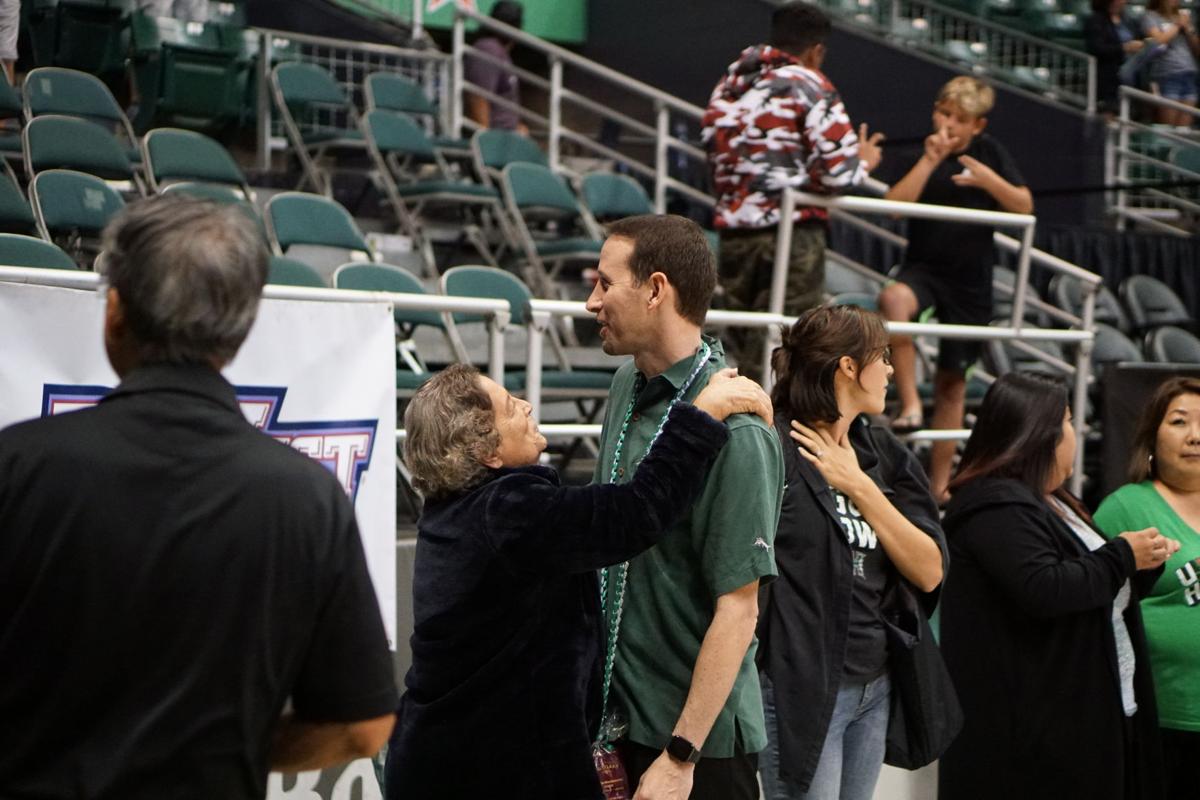 Hawai'i head coach Eran Ganot is greeted by friends and family after the Rainbow Warriors defeated Maine at the Stan Sheriff Center on Dec. 29, 2019.

Hawai'i head coach Eran Ganot is greeted by friends and family after the Rainbow Warriors defeated Maine at the Stan Sheriff Center on Dec. 29, 2019.

Hawai'i blew out Maine by an overwhelming 40 points to cap off its non-conference schedule, 91-51 on Sunday night at the Stan Sheriff Center.

Senior guard Eddie Stansberry led all 'Bows with 21 points on 7-for-12 shooting. Junior forward Samuta Avea made a career-high 17 points on 7-for-9 shooting and freshman Bernardo da Silva added 11 points with six rebounds in his first start of the season.

In the second half, Da Silva scored six points in the first three minutes as the 'Bows built their lead to 48-27.

Sophomore guard Justin Hemsley made a dunk with nine minutes left in the game to push the 'Bows lead by 38 points.

All 11 players on the 'Bows bench saw action tonight as well, highlighted by local standouts Kameron Ng and Zoar Nedd.