You have permission to edit this article.
Edit
HOME
BASKETBALL
FOOTBALL
TENNIS
VOLLEYBALL
WATER POLO
OTHER SPORTS
1 of 4 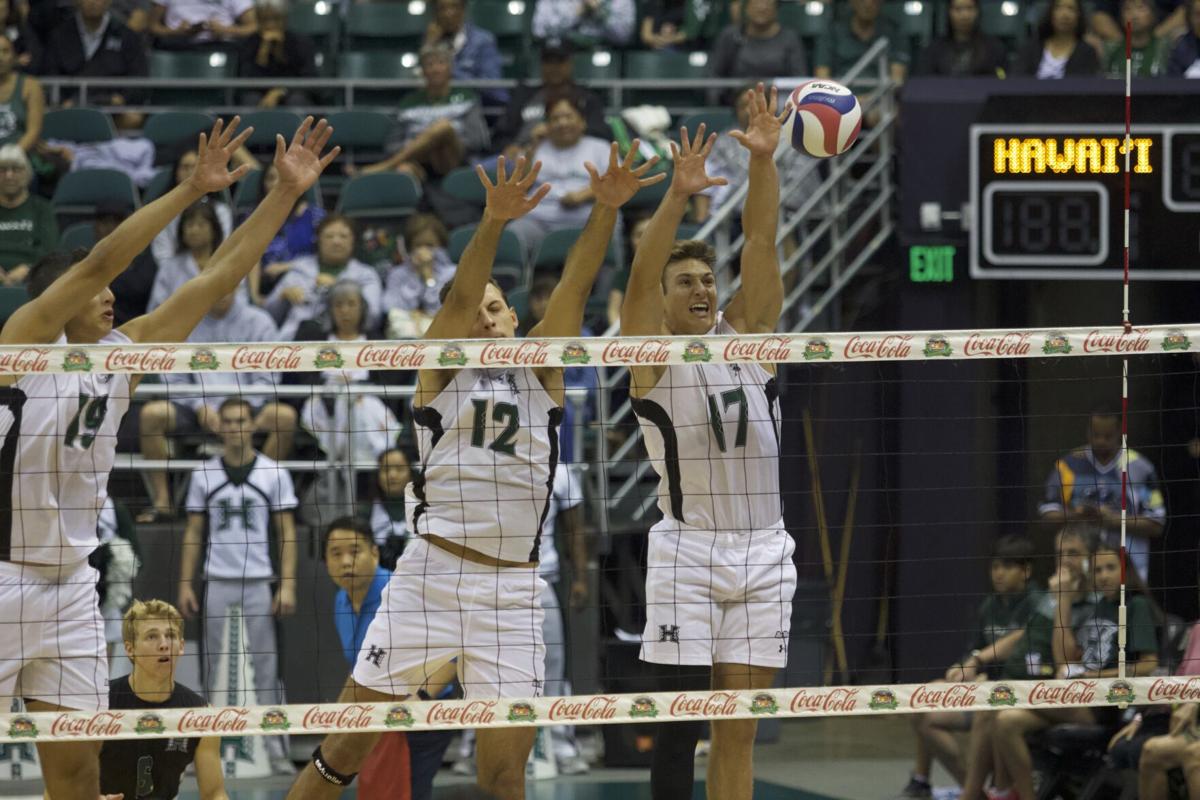 (Left to right) Rado Parapunov, Guilherme Voss and Colton Cowell attempt to block the Golden Eagle's attack in the first set at the Stan Sheriff Center on Jan. 3, 2020. 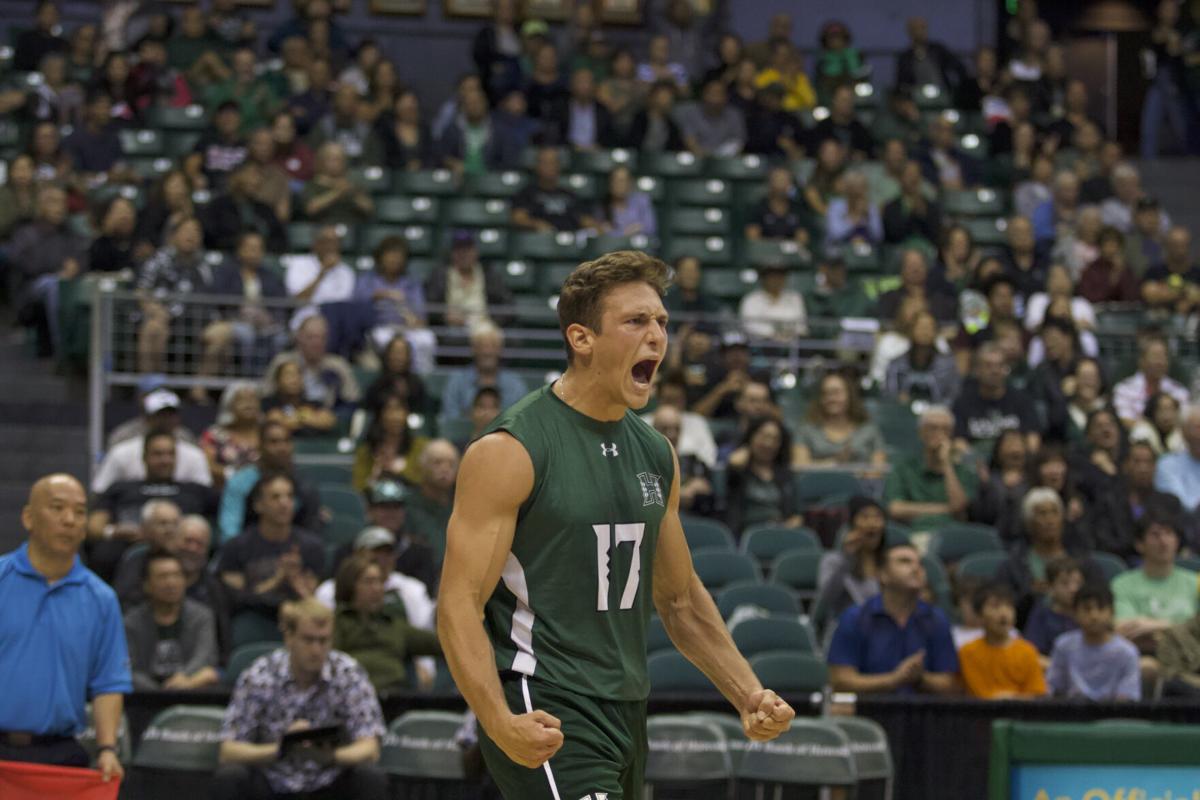 Senior outside hitter Colton Cowell celebrates after putting down a kill during a set against Charleston at the Stan Sheriff Center on January 4, 2020. 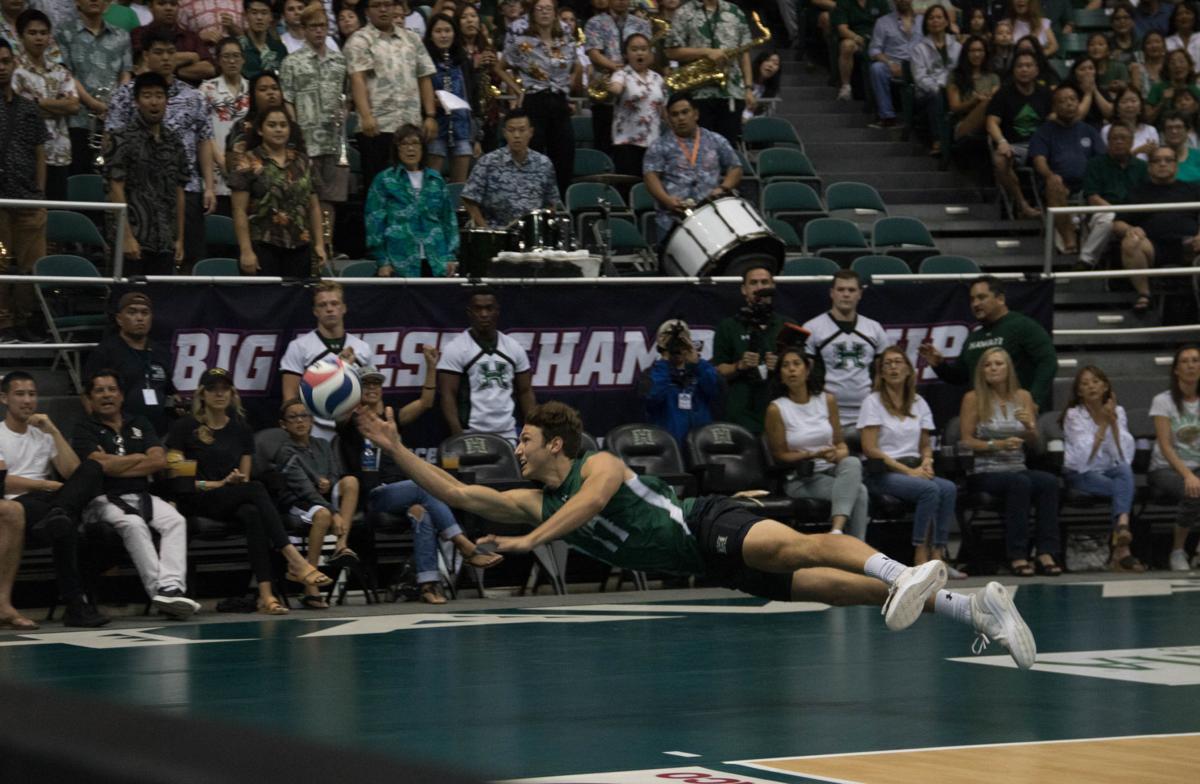 Junior outside hitter Colton Cowell dives in an attempt to save the ball. 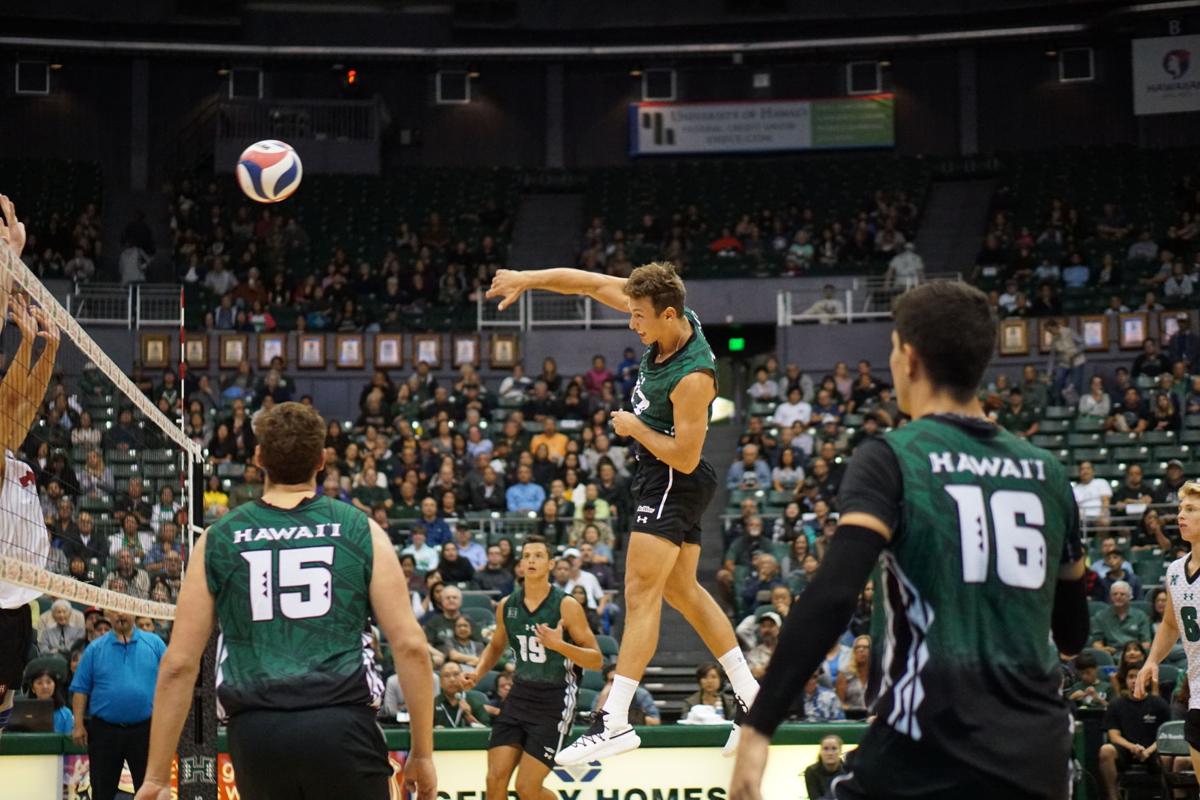 Senior outside hitter Colton Cowell attempts a kill during set one against Harvard at the Stan Sheriff Center on January 10, 2019.

Universities across the country took drastic measures to flatten the curve of the coronavirus’ spread in the spring. Sports conferences across the nation cancelled their winter sports tournaments as well as their spring sports. The University of Hawaiʻi’s upcoming matches in both men’s and women’s basketball tournaments and the men’s volleyball season were cancelled in the wake.

For four senior standouts, the hope for a successful season was replaced with disappointment. “Initially it was heartbreaking,” Colton Cowell, senior outside hitter for the Rainbow Warriors Volleyball team, said. “To receive news of that degree was very difficult to process.”

Cowell is among the four seniors who contributed to the team’s successful 2020 season where they held the number one spot in the nation for a number of weeks. “All of that work and investment over the course of my career at the university was essentially coming to an unexpected halt.”

Despite the uncertainty of the past several months, senior athletes from spring sports were offered “extended eligibility” by the NCAA. This gives Cowell and his three senior teammates another chance to make a run for the NCAA Volleyball Tournament.

While the men's volleyball season doesn’t start until the spring, Cowell is excited as the team begins their preparation for the season. “It doesn’t take a lot for me to get motivated, especially not about volleyball and representing this place.”

He cites an intrinsic drive to give back to the community, the university, and the state of Hawaiʻi through volleyball.  “I think for this team especially, and this group of individuals, once again, it is easy to perform and to train given the fact that we live in a place where volleyball is extremely important and we have the most supportive community in the world.”

Cowell commented on the precautions the team is taking now that practices have resumed.

“We are setting up nets typically at a social distance parameter where groups of five are training.  We have specific drills that we always choose to incorporate during the Fall that improve our technical skills and athleticism.” Cowell said the team remains aware of the seriousness of the pandemic.

“There is a pandemic going around and we understand that we are always going to be at risk. We’re just trying to remain responsible with the mask-wearing.” Cowell applauded the effort of his team during this time, “I’m proud of this group of guys. We are showing up several times a week to train. Are the circumstances and the environment perfect? Certainly not.”

Within the men’s volleyball team, Cowell expressed how they have been challenged to grow during this time, “We want to commit to the process of representing this program well. We have improved our level of communication as a team.” As Cowell assured, navigating a team sport while remaining socially distant is “a work in progress.”

Despite not having a complete season, Cowell won the Jack Bonham Award for his academic achievement, leadership and athletic excellence. He insisted that his success as an individual would not be possible without his team as he shouted out his three senior teammates: Rado Parapunov, James Anastassiades and Patrick Gasman. “Each of us have had different paths that we’ve navigated through our time here at the University of Hawaiʻi representing the men’s volleyball program.”

Cowell strives to represent his team, the community, the university, and the state as best as he can. His effort as a student-athlete extends further than the boundaries of the volleyball court.

“This is bigger than [us student-athletes]. We understand that we need to fulfill the roles just like everyone else does: staying safe, wearing a mask, keeping up our personal health and hygiene, and our overall level of health, and doing whatever we can to get rid of this thing,” Cowell said of the virus.

As the University of Hawaiʻi community awaits men’s volleyball in the spring, fans can look forward to supporting the Rainbow Warrior football team as they begin their season on Oct. 23-24.