You are the owner of this article.
Edit Article Add New Article
HOME
BASKETBALL
FOOTBALL
TENNIS
VOLLEYBALL
WATER POLO
OTHER SPORTS
1 of 2 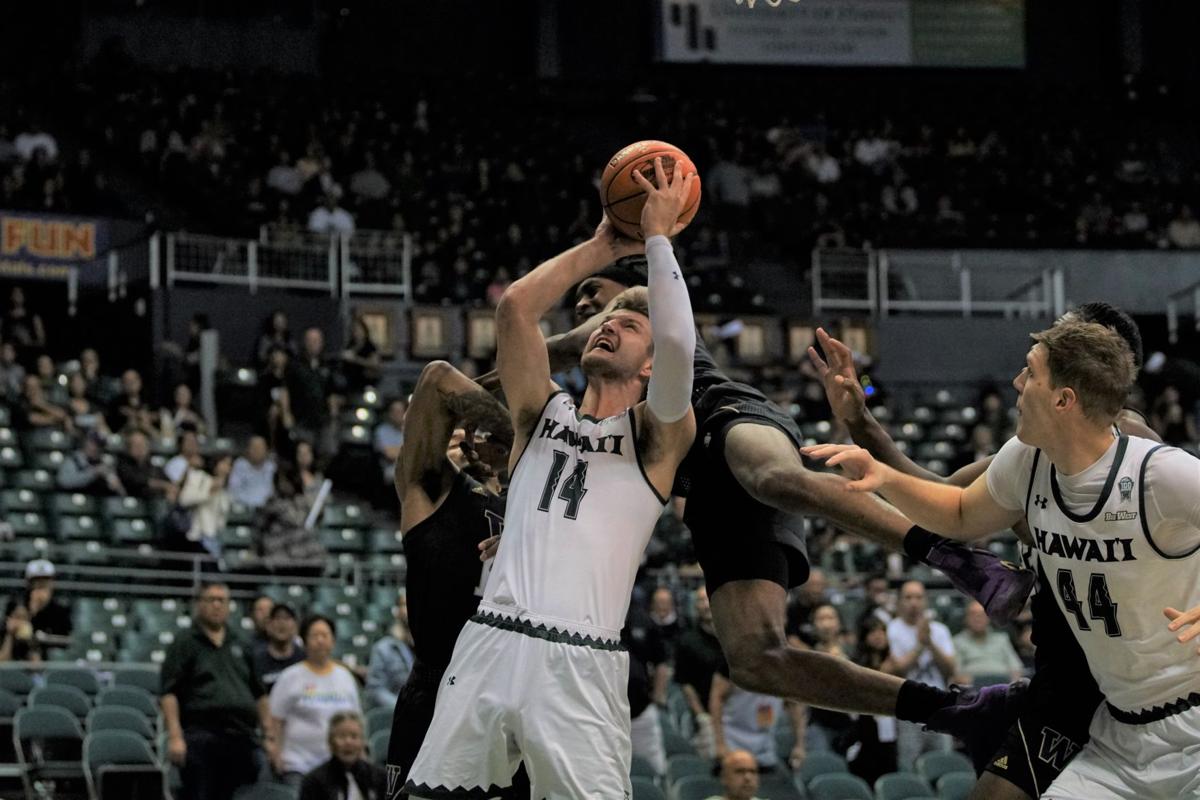 Nothing came easy for the 'Bows, who shot just 28% from the field in a  72-61 loss to the Washington Huskies. 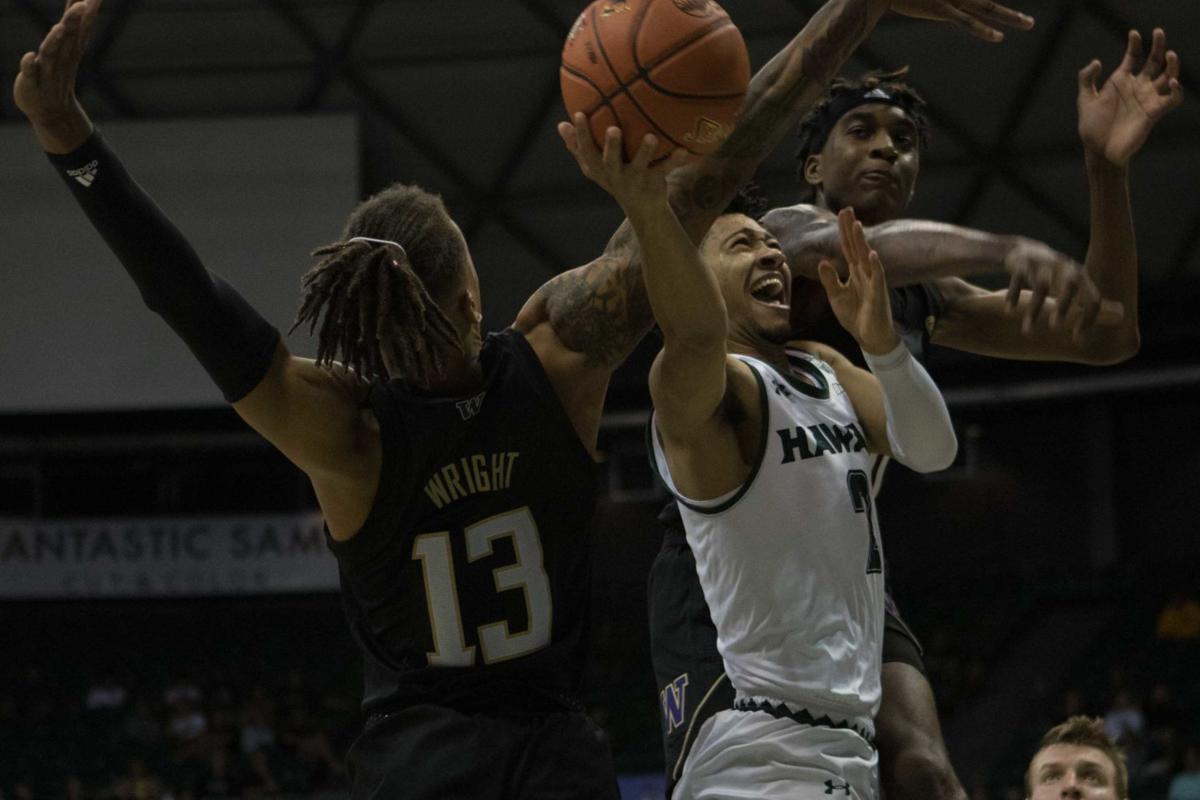 Freshman Justin Webster (2) splits the defenders for a tough contested layup. Webster led the team with 16 points off the bench.

The University of Hawai‘i men’s basketball team saw its chance to reach the Diamond Head Classic final for the first time in program history slip away, falling to the Washington Huskies 72-61 in the semifinal round. The Rainbow Warriors (8-4) never gained any traction offensively, struggling to a shooting percentage of just 28. The ‘Bows lived and died from the three-point line, throwing up a school-record 39 attempts from deep. The three-point barrage yielded no results, as just 9 of those attempts made their way through the hoop.

Senior guard Eddie Stansberry was the biggest victim of the team’s shooting troubles. After a 7-point performance in the opening round against UTEP, Stansberry’s struggles continued against the Huskies. The normally reliable sniper shot 1-17, all of which were three-point tries. He also knocked down two free throws, bringing his total output to just 5 in the game. Behind him, junior guard Drew Buggs also struggled from three-point range, shooting just 1-7 (2-11 overall). Buggs made his presence felt elsewhere however, dishing out a game-best 9 assists.

Once again, the ‘Bows had to turn to a freshman for points off the bench. This time, it was guard Justin Webster who stepped up to the plate. Webster finished with a 5-10 shooting performance, including 4-8 from three. He finished with a team-high 16 points in 23 minutes played. The only other ‘Bows to make more than one triple was junior Samuta Avea, who knocked down 3-7 from deep (3-10 overall), good for 9 points.

Senior forward Zigmars Raimo picked up the double-double, with 15 points (second best on the team) and a game-best 15 total rebounds. However, Raimo also led the team with a game-high 5 turnovers. He also eventually fouled out of the game with 5 personal fouls.

Just as he did against UTEP, Raimo again got the scoring started for Hawai’i. His pair of free throws gave the ‘Bows the first lead of the game. The early points ultimately proved to be the only thing preventing a wire-to-wire Huskies victory. Hawai‘i wouldn’t score again for over seven minutes, until Raimo broke the cold spell with the ‘Bows’ first field goal at the 12:24 mark. The Washington lead only grew from there, before an 8-2 run by the Huskies in the final two minutes of the opening frame sent the teams to the locker room with a 15-point UW advantage.

The second half proved to be more fruitful for the ‘Bows, who scored 39 of their 61 points in the frame. Hawai‘i made a solid effort to fight back, as Buggs’ triple halfway through the period cut the deficit to just six. UW’s Isaiah Stewart and Raimo traded layups to keep the gap at six, but the ‘Bows could get no closer, as the Huskies quickly pulled back out to double-digit advantage, A trio of triples by Webster and one from Avea in the final minute weren’t enough, as Washington knocked down 9-10 free throws over that timeframe to seal the 72-61 victory, sending them through to the final.

The loss drops Hawai‘i to 0-4 all-time in the tournament semifinal round. The ‘Bows will once again try for a third-place finish, taking on Georgia Tech at the Stan Sheriff Center on Christmas day at 1:30 p.m. HST.