Skip to main content
You have permission to edit this article.
Edit
HOME
CENTENNIAL
E-EDITION
NEWS
FEATURES
SPORTS
MULTIMEDIA
APPLY
TIPLINE
ABOUT
1 of 2 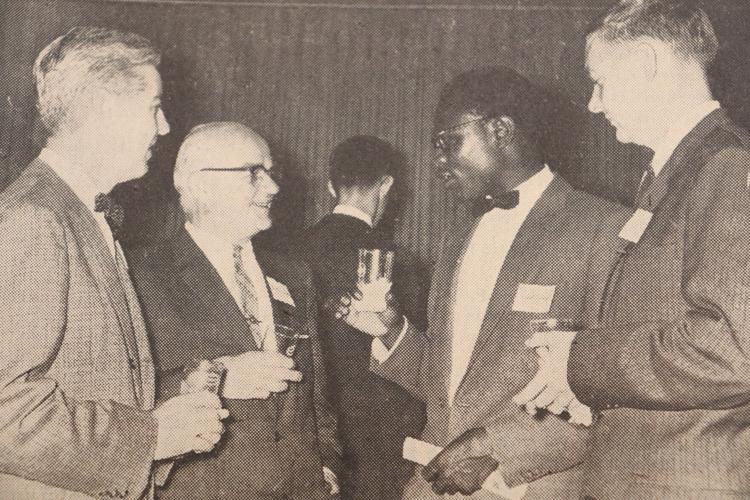 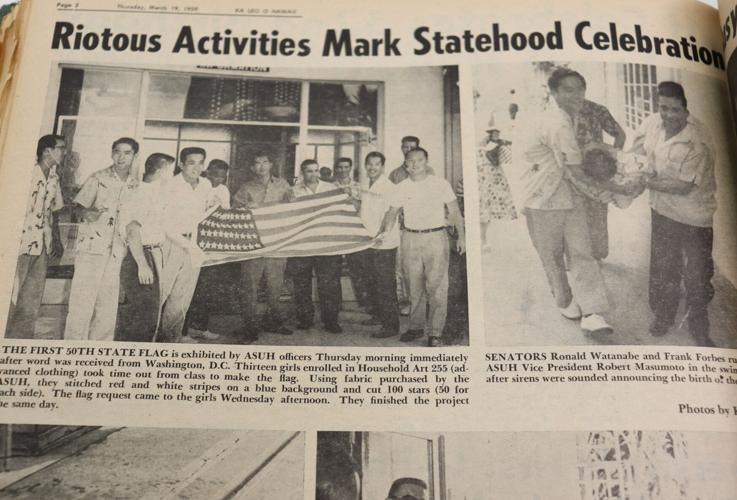 The events of the 1950’s brought some major changes to Hawai‘i that would shape the future of the islands and the legacy of the U.S. Not only did Hawai‘i become the 50th state but there was also the arrival of a foreigner (no not Elvis), who would later father a future U.S. president.

In the years following the illegal annexation of Hawai‘i, the islands were declared a territory of the U.S. It remained the Territory of Hawai‘i from 1900 until the 1950’s.

Statehood was proposed by the U.S. in 1953, and after President Eisenhower signed a statehood bill in 1959, Hawai‘i citizens voted on a referendum bill in favor of statehood later that year.

Given the rise in popularity of the modern Hawaiian Sovereignty Movement during the time, one would expect Ka Leo to oppose statehood but in a Ka Leo article printed March 5, 1959, there was a story about the Associated Students of the University of Hawai‘i at Mānoa (ASUH) forming a statehood committee to promote the recognition of statehood by the U.S.

The story stated ASUH would provide free postage for students to clip out a pre-written letter of support and published alongside the story.

“An accident of geography puts us in mid-pacific, but every economic, social, cultural, and spiritual tie binds us wholly to the community of states,” stated one of the lines of the letter, which was signed “Student, University of Hawai’i.”

Ka Leo reached out to students around campus to get their opinions on statehood, and the entirety of what was published said students were in favor of statehood recognition.

Two weeks later, an article printed March 19, 1959, covered the raising of what was called the first 50th state flag to be raised. The flag was made by an Arts student, and a raucous celebration by ASUH members ensued.

Aside from the call for support and flag raising celebration, the coverage in 1959 regarding statehood was almost non-existent. Although, this could be because Aug. 21 (Statehood Day) fell over the summer. Typically, this is when most students are out of school and Ka Leo usually has a dark period during that time of the year.

The year Hawai‘i became a state was also the same year an international student from Africa attended UHM. That student was Barack Obama Sr., who arrived from Kenya, and happened to be captured on film by a Ka Leo photographer.

In the picture, the father of the only U.S. president to be born in Hawai‘i was standing with then University President Laurence H. Snyder and other university officials at a dinner-meeting.

“Barack Obama, the university’s first student from Africa,” read the caption in a photo printed Nov. 5 1959.

There was no way for the photographer to foresee what would come from this foreign student or the historical component of the photo, but it goes to show how important it is for Ka Leo to keep documenting history with the power of journalism.