"Cuphead" has more than 20 different bosses and stages, each paired to a specific song to enhance ambiance. 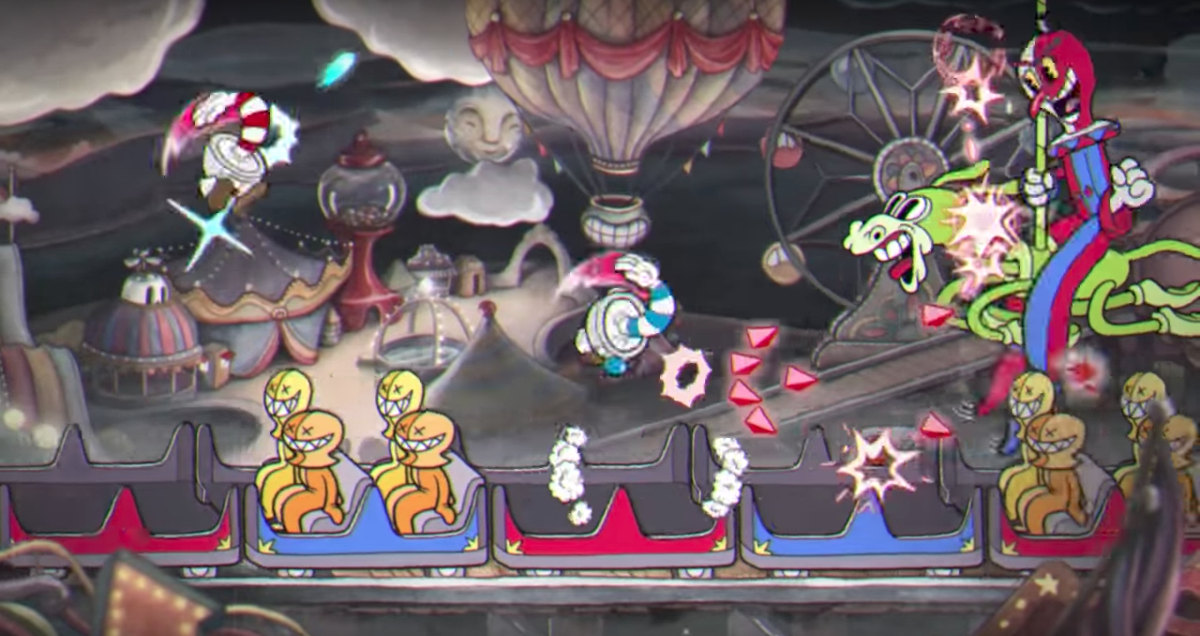 Users on Steam have rated the game "Overwhelmingly Positive."

“Cuphead” is a boss-rush/platformer-style game detailing the adventures of Cuphead — and his friend Mugman if you are playing cooperatively with a friend — across the land of Inkwell.

Cuphead and Mugman enjoy gambling for fun, and one day come across the casino run by King Dice and his boss, the Devil himself. After winning bet after bet, Cuphead is approached by the Devil, who wagers all of the casino’s riches if Cuphead wins, but costing them their souls if they lose.

Cuphead takes the wager and loses; to save their souls, the Devil sends the boys on an adventure to get the contracts of other debtors who have yet to pay up.

The premise is simple enough, and the game’s tutorials allow a player to move freely and use the abilities they learn. It eases the player in, though the game becomes more challenging.

“Cuphead” is “difficult but fair,” and those who wrote about it have compared it to another popular game series, “Dark Souls.”

In development since 2010, “Cuphead” was revealed in 2014 and had a planned end of 2015 release. After appearing at trade shows and gaining attention, the boss-fight-centric game was less than what gamers desired.

After criticism, the creators, StudioMDHR, delayed the game’s release to provide time for improvement, despite their financial situation as an indie developer. Much like indie films, these studios are either supported through contributions from owners or crowdfunding campaigns.

In an interview with GamesRadar+, studio co-founder and “Cuphead” lead designer Chad Moldenhauer said, “My brother and I quit our jobs, remortgaged our houses and began expanding the team. This was our chance to actually deliver the game we wanted to make all along, rather than the cut-scope game we originally planned with a three person team.”

Having seen the failure of former indie-darling “No Man’s Sky,” Moldenhauer and his team feared a similar reaction to their game and expanded their team from three to 20.

However, Moldenhauer and the team felt that “Cuphead” required more work and delayed the game’s release several more times.

The aesthetic of “Cuphead” takes inspiration from classic mid-20th century animation as well as early 20th century music. Every detail in the game is hand drawn, from the watercolor backgrounds — straight out of a hidden Disney concept art vault — to the bosses, each insane and wacky.

As Moldenhauer stated in the same GamesRadar+ interview, “Even something that seems simple, such as the flower enemy, has over 100 frames of animation.”

The attention to detail, passion and care shine through in the game’s art.

The music is likewise matched to nostalgia for the past. Each of the more than 50 songs is made for the level or fight. The soundtrack is filled with big-band/swing style music that blends with the style of fights and the overall game feel.

The soundtrack is available for purchase on their site, with some behind-the-scenes YouTube videos of the musicians recording in the studio.

The gameplay is a 2-D sidescroller style boss rush broken up by optional platforming levels that give the player currency to purchase upgrades from the in-game shopkeeper.

These upgrades allow for a number of different play styles, ranging from defensively plinking away at the enemy to going full Rambo on your foes. This affords more re-playability and offers a number of combinations for cooperative play.

The game also grades your performance at the end of the level based on the time you took, the amount of health retained, the number of parries, the amount of super meter you use and your “skill” rating. This encourages the player to go back and improve on their past scores.

One gripe I have with this game is that the default Xbox controller key bindings are difficult to play with. The “X” button is used to shoot, the “Y” is to dash and “B” is to use a special move.

However, this can be easily  fixed in the Options menu. I recommend binding Main Fire to the right trigger and Dash to the left trigger – it will make fights a lot easier.

Another problem with the game’s controls is that your movement also determines the direction you shoot in. To lock your firing direction, you must hold down the lock button to stay still.

Unless you want to be stuck standing in the middle of a fight with ten different things on the screen all trying to hit you, you have to keep moving and hope that at some point, you will be able to deal damage to the boss.

This is minor, but in some cases it is difficult to hit the angles you need to shoot at accurately while dodging the boss’ attacks and other on-screen threats. I praise StudioMDHR for creating so many entertaining bosses with unique mechanics. The bosses all stand on their own in difficulty and entertainment.

“Cuphead” is an entertaining delve into a golden age of animation, made by passionate developers who deserve your support.

PC and Xbox One