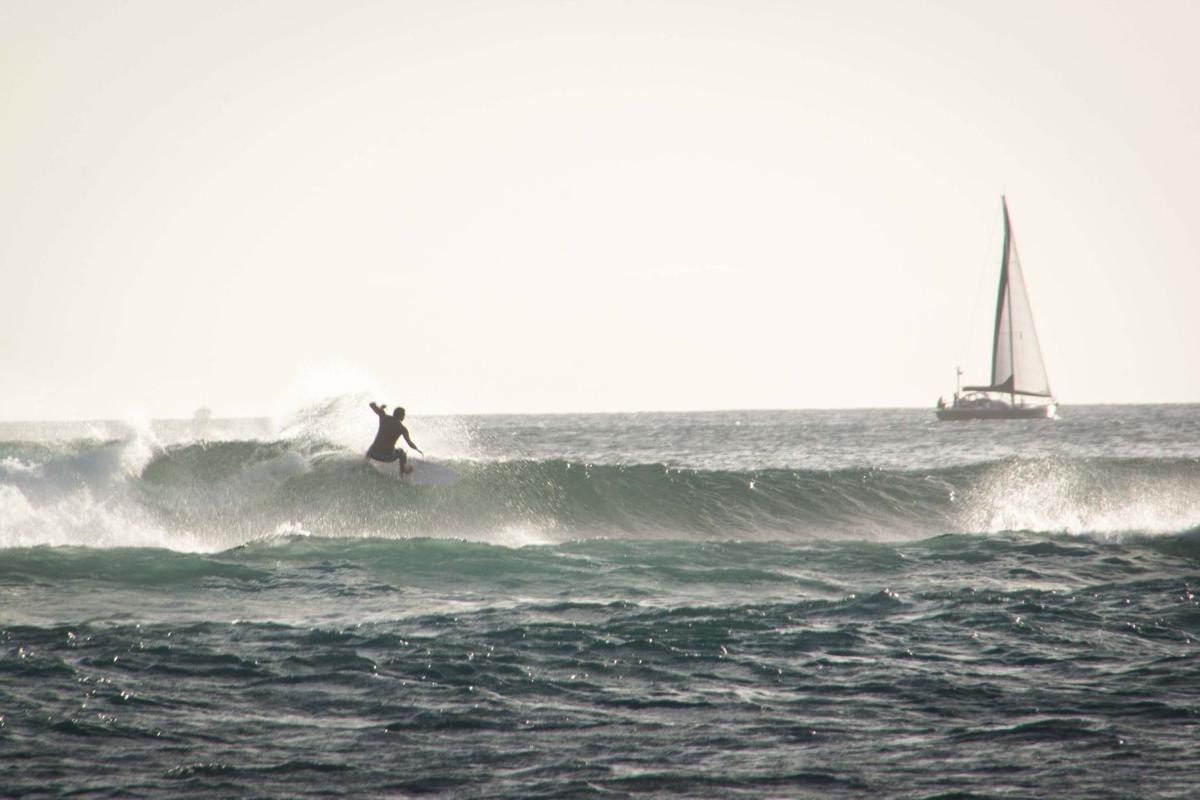 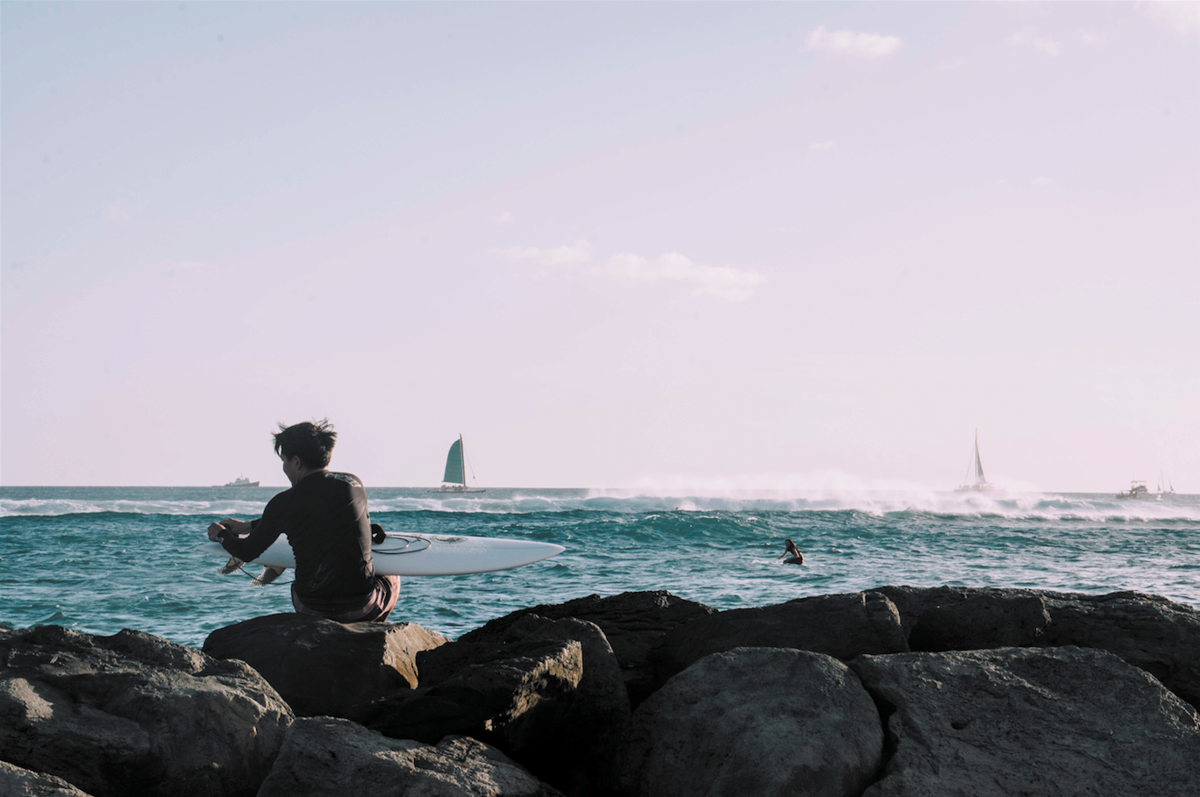 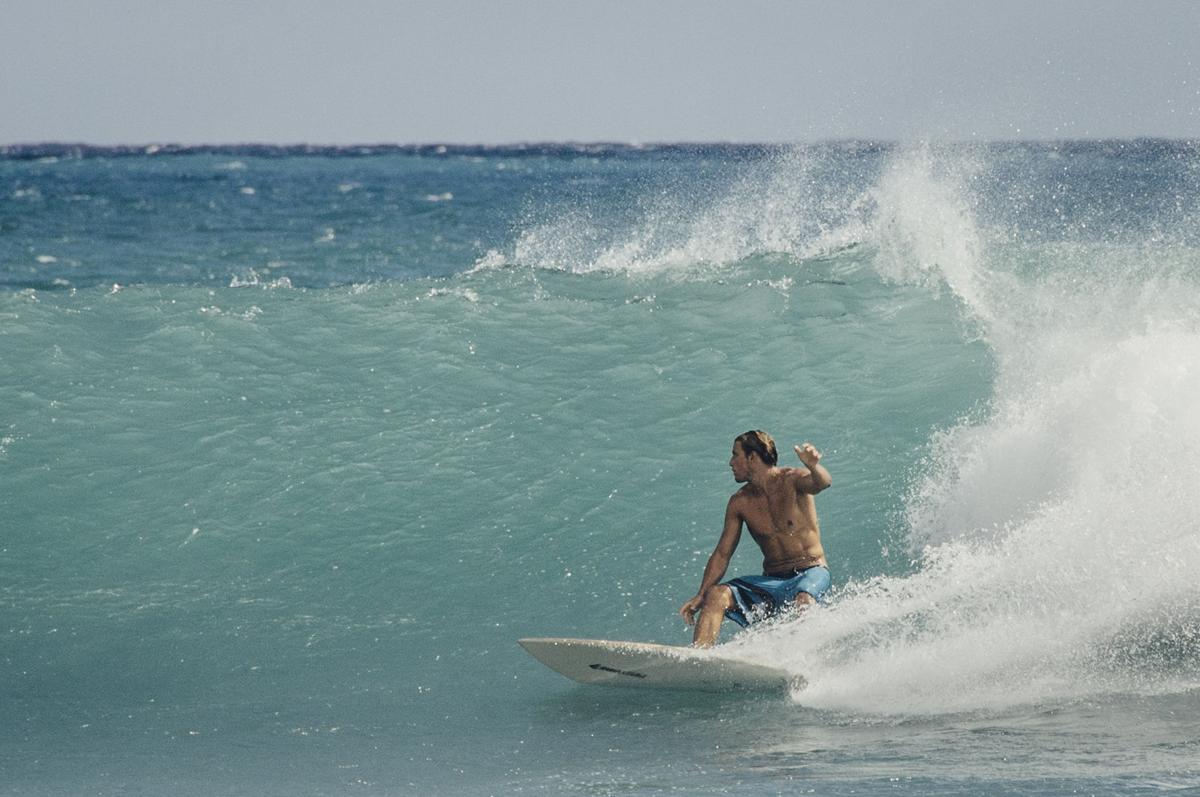 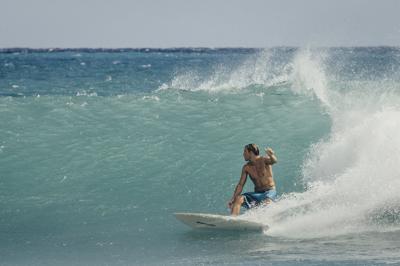 Behind the multi-billion dollar industry of this recreational water sport, surfing was another form of voyaging within Oceania. It was a means for survival but grew into a passion of many surfers across the world.

Both Masterson and Clark shared their knowledge of riding the waves through Masterson’s teaching of anthropology courses at UH, and Clark’s many books about surf.

“I think one of the greatest things about surfing is that it draws you into nature and in this digital times that’s really important,” Masterson said.

Also known as “The Surf Professor,” Masterson’s practice is to “engage students in their environment, stressing observation of natural phenomena and awareness of their cultural importance then and now, thus bringing meaning to the knowing,” according to his website.

He‘e nalu is the Hawaiian word meaning to ride a surfboard. With he‘e nalu comes the natural and cultural settings of surfing as Masterson describes.

“Surfing is the national pastime of the Hawaiian people, an activity shared by all ages, sexes and ranks,” Masterson said, quoting John Papa I‘i. “Surfing is a popular betting sport in Hawaiian culture that the people could relate to as an activity in daily life.”

The practice of surfing required skills and mana, the divine power acquired or inherited. Those who surf well will acquire mana and social standing, which are usually inherited through ancestral bloodlines.

“Surfing could also be an occasion to break those boundaries of class and kapu, and this aspect was the source of many stories,” Masterson said. “Love and life is the lost and found out in the surf.”

Deeply rooted in tradition and culture, surfing is a ritual activity. It is deeply integrated into the cultural protocol and practices of antiquity. Events like the Makahiki Festival honor the gods and chiefs and mark the passing of the seasons through a time of peace.

The Words of Surf

Masterson shared the number of words for the parts of a wave in Hawaiian. A single wave itself consists of 28 words, such as lala, muku, and nehe kua.

Surfboards were made into different lengths and sizes from different trees ranging from Koa to Breadfruit to Wiliwili trees. Paipo, Alaia and Olo refer to the type of board, listed here from smallest to largest.

Doris Kung is the Features Editor at Ka Leo. She is currently a senior double majoring in Fashion Design and Merchandising and Journalism. Combining her interests in fashion and journalism, Doris wants to work for a fashion publication after graduation.