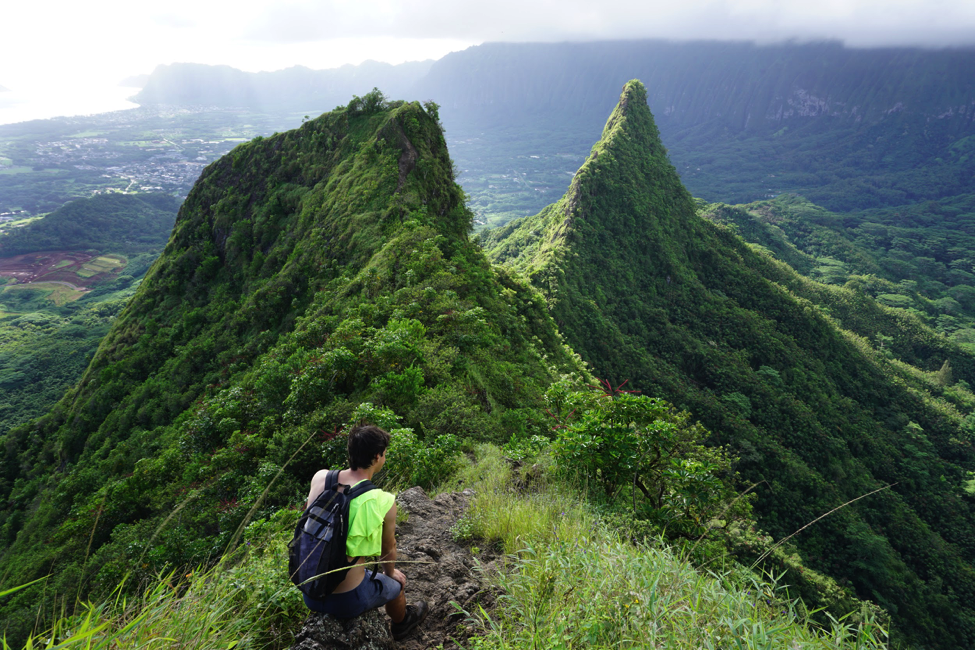 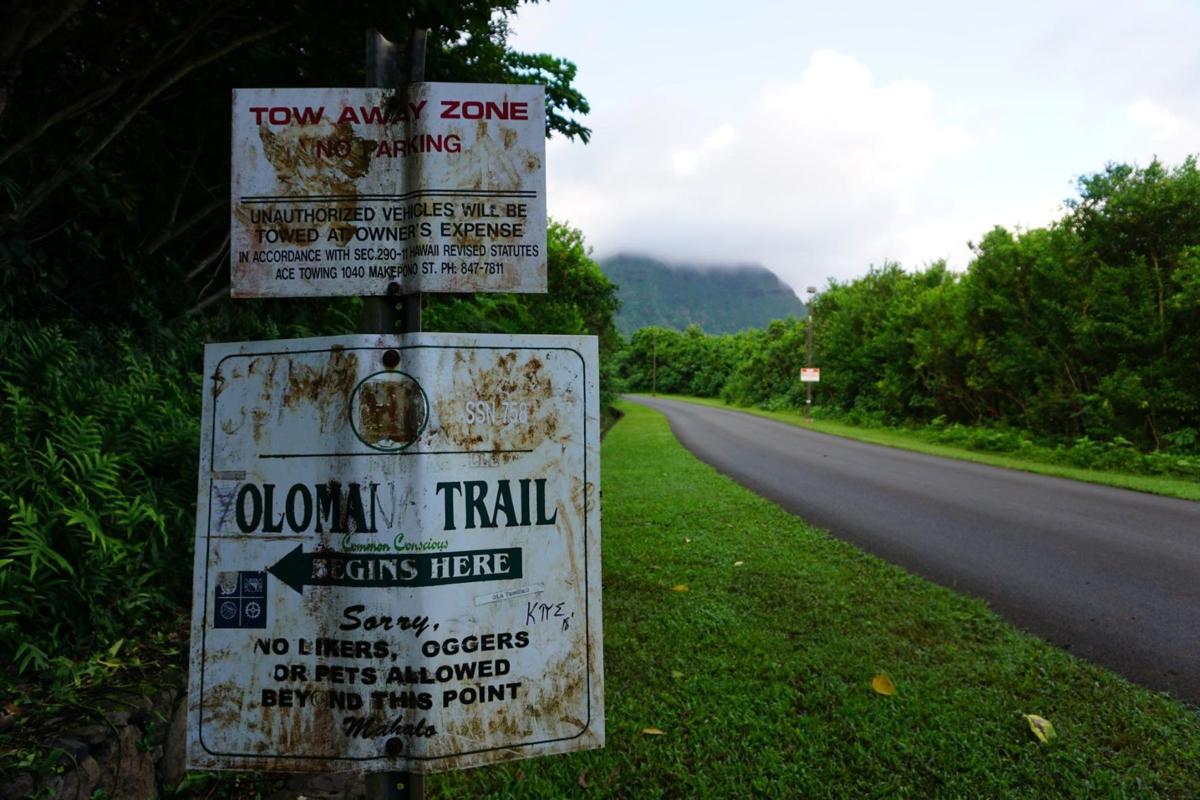 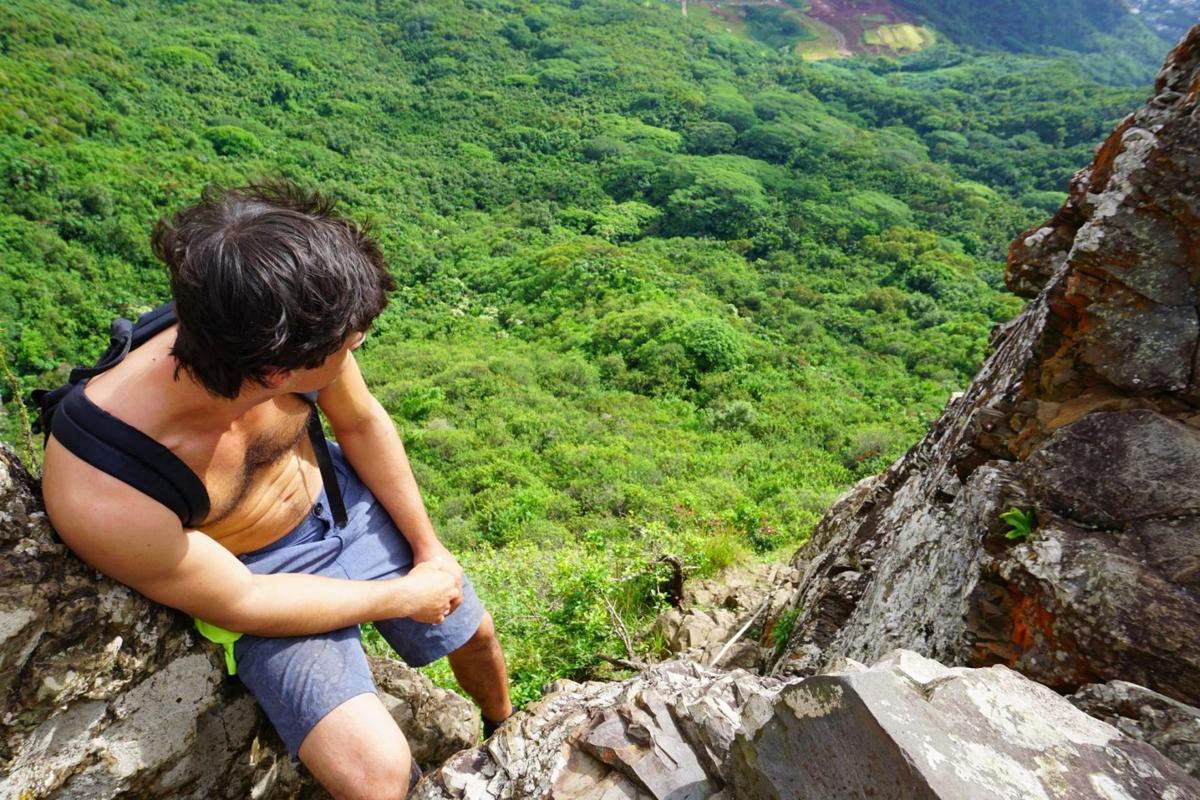 The success of the last two weeks of hiking must have gotten to my head, because this week I decided to attempt the Olomana Three Peaks hike.

This hike is a 6-mile out-and-back trail located in Kailua.

The Olomana Three Peaks Hike is infamous for its steep and narrow ridgeline. Though getting to the third peak will only take a hiker three miles out, not many people get there.

To get to the third peak, one must rock scramble, which is descending a rocky surface without using specific movements, down a long section of a nearly vertical trail on the second peak and scale up a ridgeline that is about one foot wide and covered in loose rock along the last peak. Because of this, many people venture only to the second peak.

I assessed the situation and my experience, then decided it was at my risk level.

My hiking companion Ethan and I set out at 7 a.m. He had hiked this out-and-back hike before as a loop trail, and although he could not remember his exact route, we were both considering trying this.

The hike to the first peak was routine. Although this section had a few steep portions, it was accessible to almost anyone with moderate hiking experience.

We hiked the 1.5 miles to the first peak in just over an hour. Because the top of the peak has a flat-plateaued clearing, it is an ideal rest spot. Our goal was the third peak, so we left soon.

Getting to the second peak, the smallest of the three, took 15 minutes at most, and we pushed past it with no need for a break.

I was eager to get to the third peak, which would be a test of my skills.

Five minutes into the descent of the second peak, we arrived at the rock scrambling section. Tied to a small tree by the start was a rope; it was put there to assist hikers on the rock scramble down. However, Ethan and I decided to forego using it.The confidence in our climbing abilities outweighed the confidence of rope and what it was tied to.

Ethan decided to tackle the climb first. I gave him about three feet between his head and my feet before I went down after him. It was a difficult down climb; I would only place my hand or foot on something I was 75 percent sure I could stay on.

Even before taking my first step down, I found four solid points between my two hands and two feet. Because of the near vertical slope of the mountain, I couldn’t see where I was going to place my foot next. This tested my skills, as I used multiple climbing techniques: side pulls, stemming, pinch holds, underclings and gastons.

We finished the rock scrambling section safely, and I couldn’t help but smile. We were only halfway down the second peak, yet after that success, my love for climbing increased.

At the bottom, between the second and third peak, we found a spire. Although possible to climb atop the spire, the risk was above the level Ethan and I felt comfortable with, and we sat at the side.

That moment was perfection. Our snack spot was scenic, we just accomplished a challenge, and we were close to reaching our end goal. We sat and marveled at the approximately 15-foot section of vertical mountain we just down climbed.

We hiked to the third peak in five minutes. Overgrown bush obscured the view. It was now time to make the decision. Were we going to turn back and take the same trail to the cars, or were we going to push forward and try to loop the trail?

Although we were uncertain about what the loop would entail, we had enough confidence in our skills to push forward.

I looked across the horizon, elated by our path behind and ahead.

For most hikers, I would not recommend going past the second peak. The first peak has the best view, and the down climb on the back side of the second peak can be extremely dangerous.

Look out for next week's installment of the Olomana Three Peaks Hike Part Two.