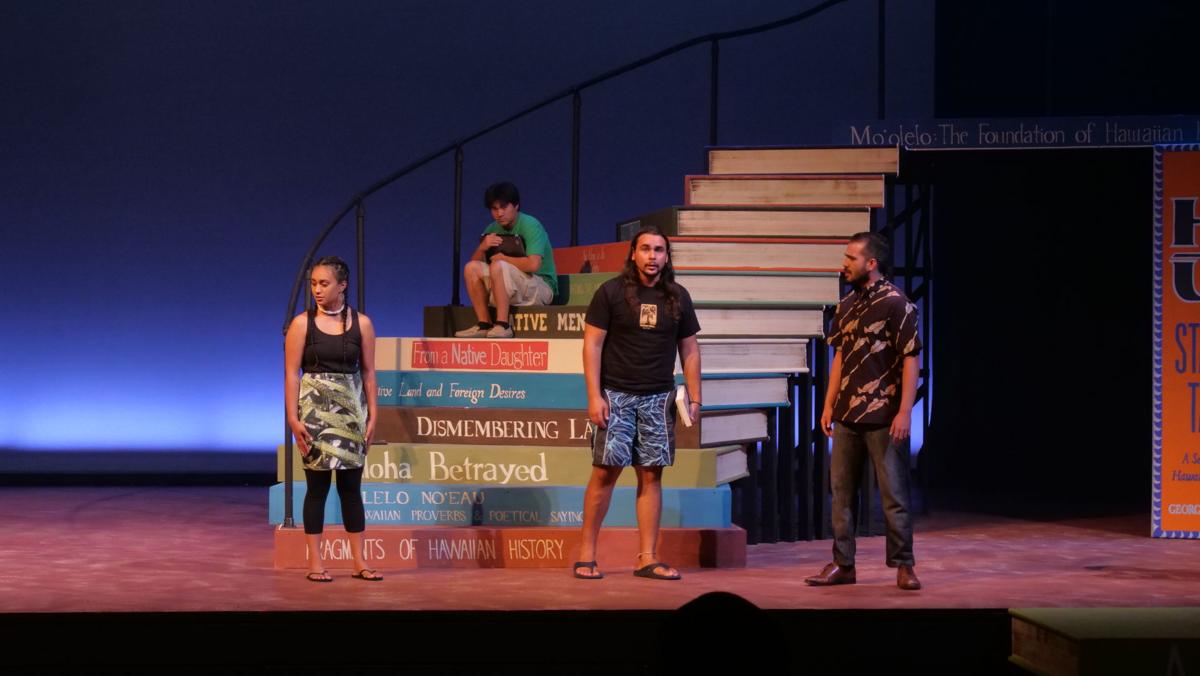 "History has lessons and it’s only by engaging that history that we’re able to deal with the issues that we face today," Director Tammy Haili‘opua Baker said about their play, ‘Au‘a ‘Ia: Holding On. 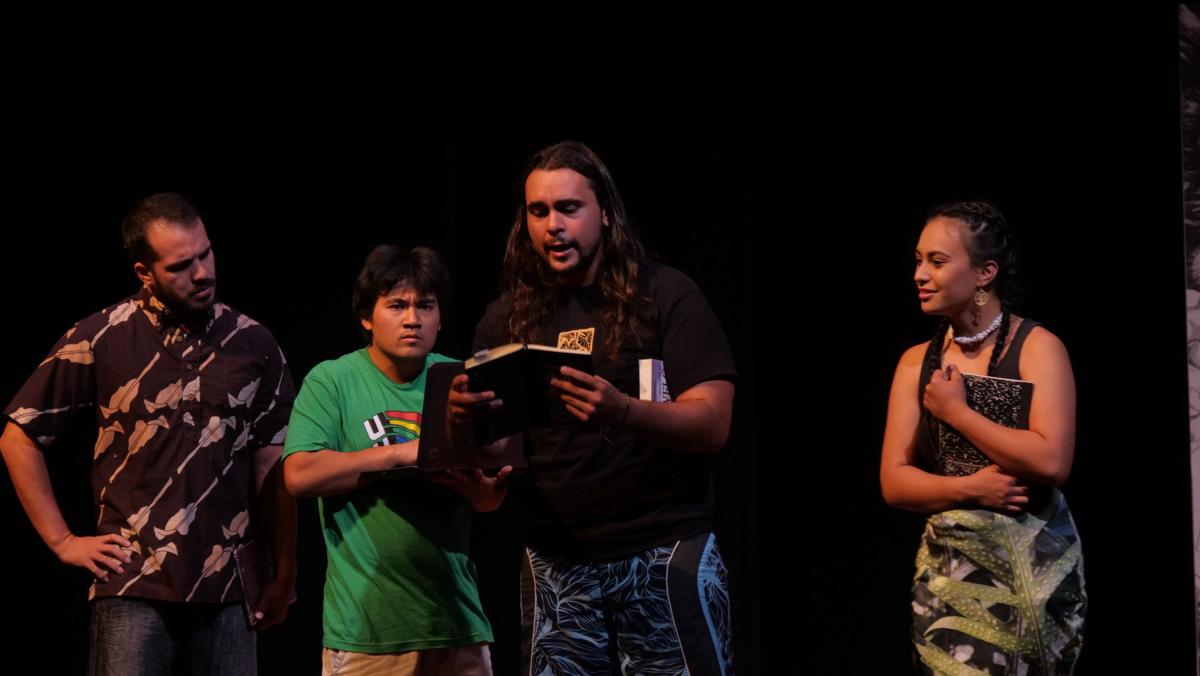 The four main characters of ‘Au‘a ‘Ia: Holding On, embark on a research project to the Hawaiian Archives. 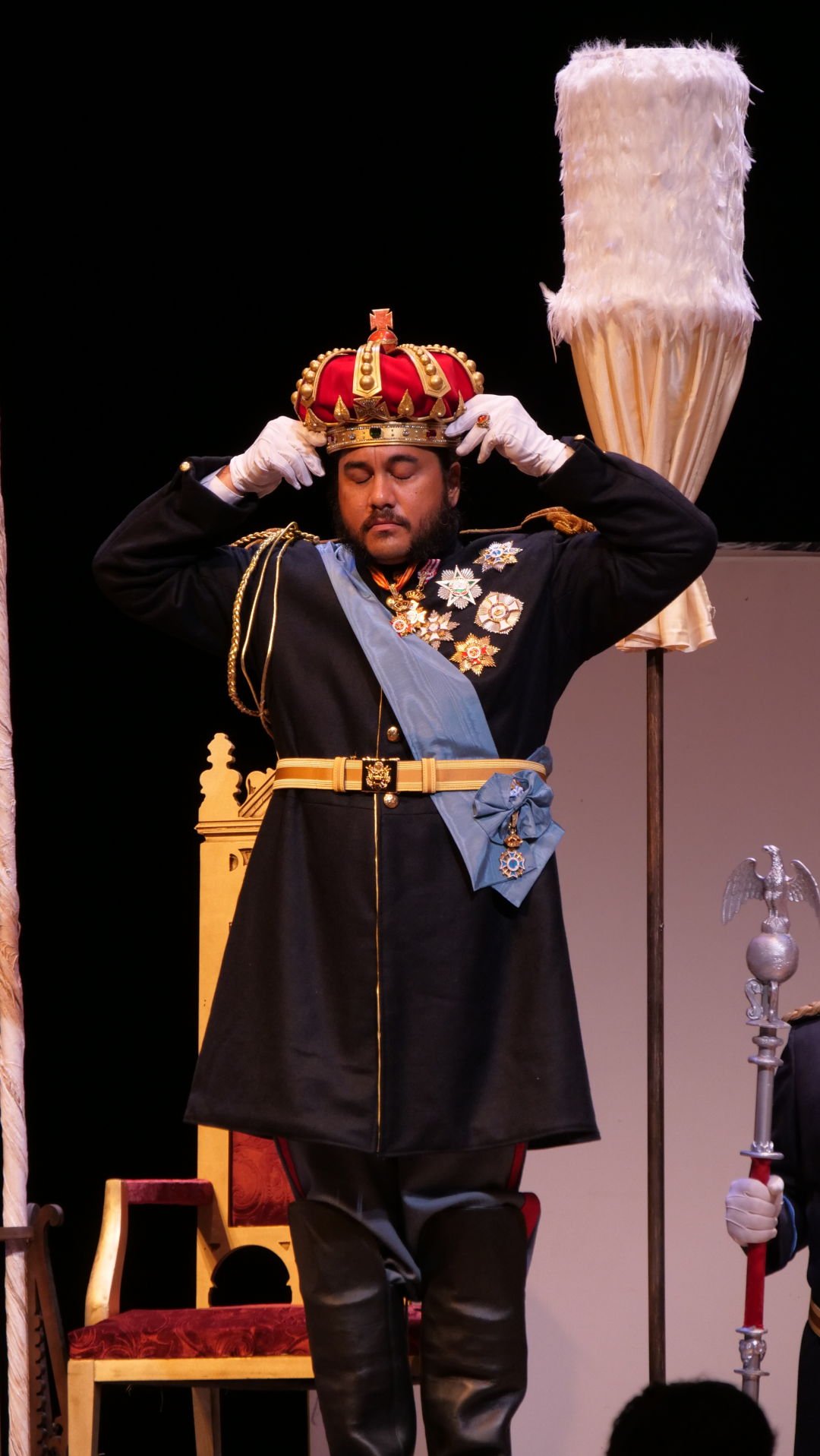 David Kalākaua is appointed the fifth King Kamehameha – the penultimate reigning monarch of the Kingdom of Hawai‘i. 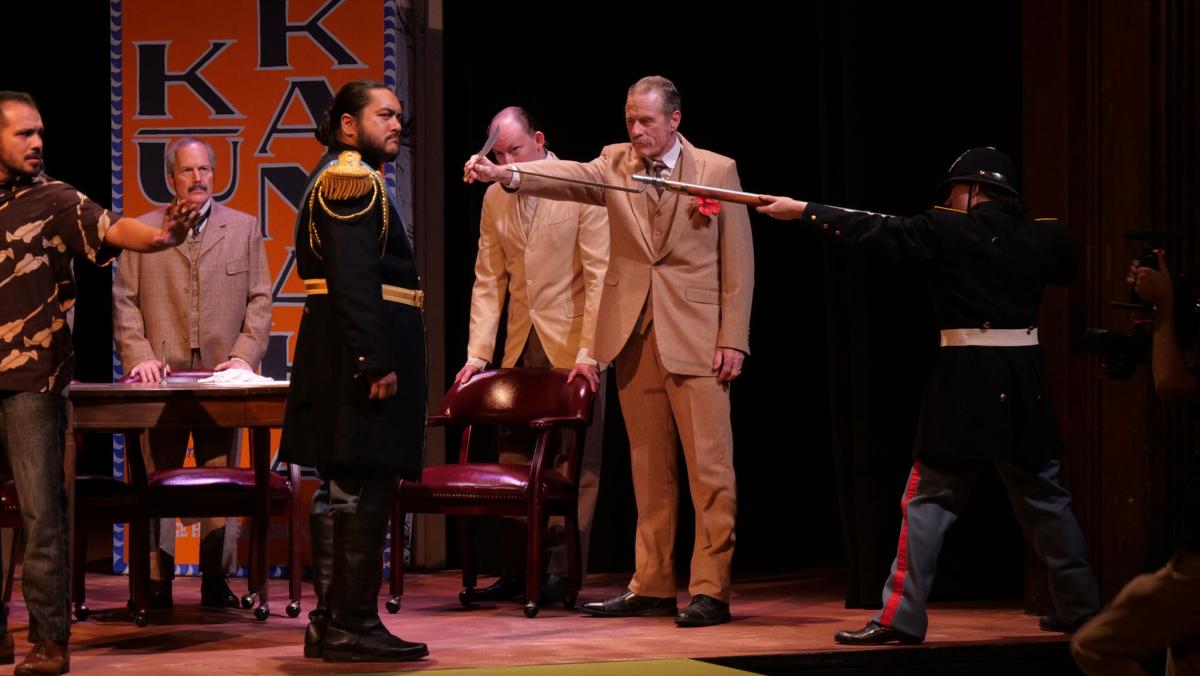 ‘Au‘a ‘Ia: Holding On is one of the largest ‘ōlelo Hawai‘i stage productions in University of Hawai‘i theater history. The play, written and directed by Tammy Haili‘opua Baker, featured over 50 cast members and over a hundred costumes.

‘Au‘a ‘Ia: Holding On is the story of four students who embark on a research project to the Hawaiian archives. There, they are sent back in time to revisit crucial moments of Hawaiian history that led to its occupation.

“There was so much information, especially in the second act. There was a lot of confusion, digression, progression and trying to make sense of it all,” ‘Au‘a ‘Ia’s visual artist Ahukini Kupihea said. “In a way we still are trying to make sense of it, [the play] helps to not really put it all into clear perspective but makes you rethink about those events and happenings.”

The majority of the play was spoken in ‘ōlelo Hawai‘i. However, as the events of the occupation begin, English gradually becomes the dominant language.

The play merges past and present Kanaka Maoli perspectives. As the character’s experience the events of 19th century Hawai‘i, they discover what it means to be Hawaiian in the modern century.

“It’s really a parable about learning,” Baker said. “The value of learning ‘ōlelo Hawai‘i and how that can unlock repositories of knowledge. We’ve learned – and the students in the play along their journey – have learned this ideology of Aloha ‘aina, this understanding of caring for the land and our genealogical connection to the land.”