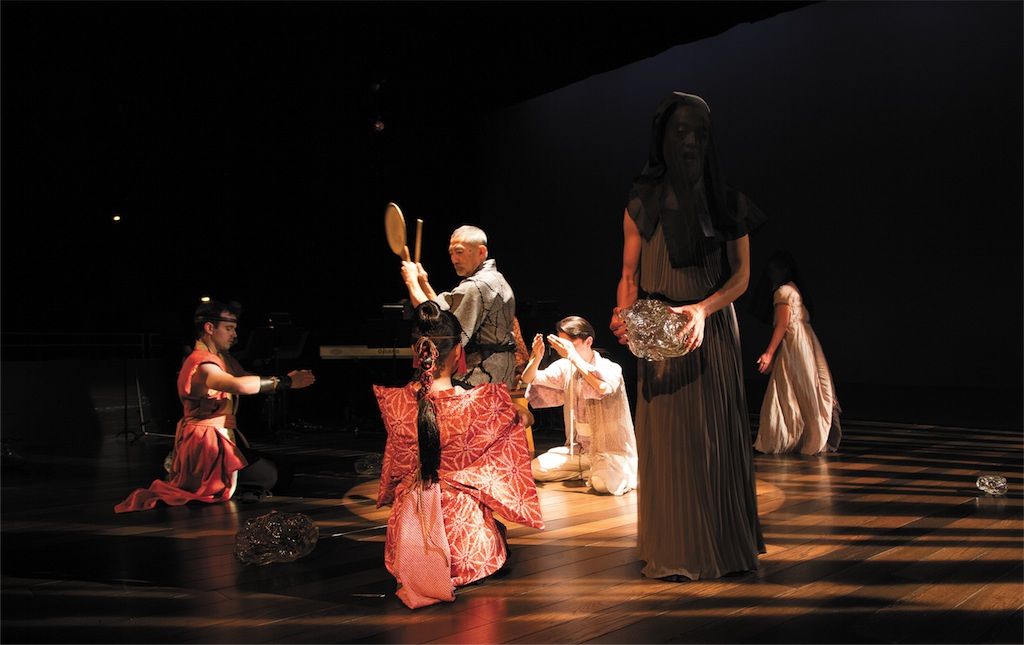 The production is hosted by the Outreach College Community Programs. 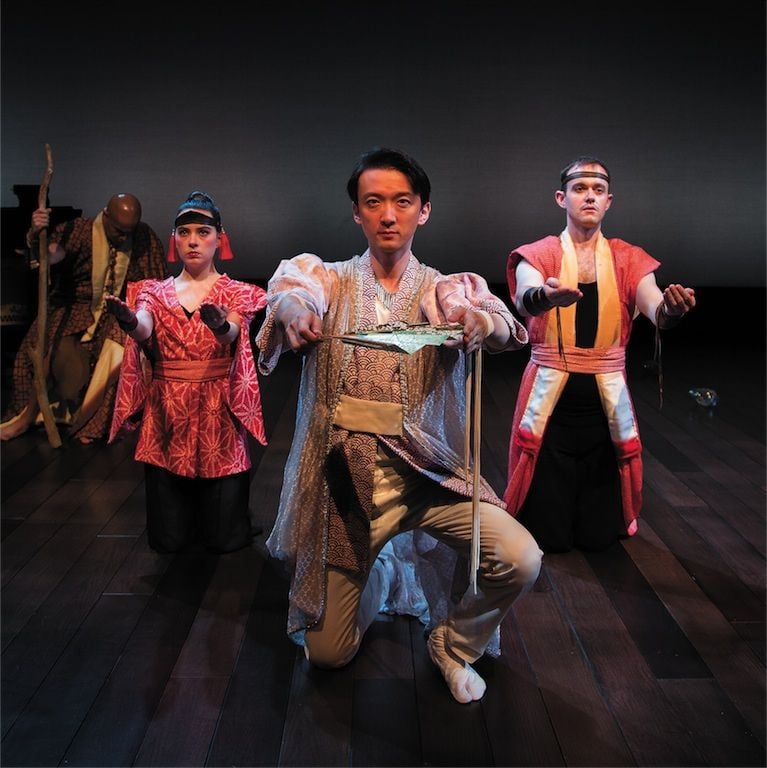 The production is hosted by the Outreach College Community Programs.

One of the most respected Noh actor families, members of which have been certified by Japan as “Living National Treasures,” bring the Noh play “Kiyotsune” to the University of Hawai‘i at Mānoa this week.

Described as Japan’s masked dance-drama, Noh is a masterful blend of song, music, dance and powerful emotion. According to Kenneth E. Lawrence, who received a degree for Master of Arts in Asian Theatre from UH Mānoa in 2003, “Noh is a blurring of identities, of time and space, of dream and reality.”

Lawrence married into a family of licensed performers of Noh in 1990. From 1989 to 1996 he worked at the National Noh Theatre in Tokyo as a correspondent for the Japan Center of the International Theatre Institute, where he studied the movement, music and chant of Noh.

The play, “Kiyotsune,” to be performed in excerpt at the Orvis Auditorium, is a masterpiece of Zeami (1363-1443), called by as many as the Shakespeare of Noh. This play, like many in the Noh repertoire, is based on historical events and traditions. In a civil war that raged in 12th century Japan between two clans, the Heike clan ultimately fell from power and was decimated.

“To pacify the ghosts of the fallen warriors, traveling musicians sang songs for their tortured spirits,” Lawrence said. “The lyrics of these songs were collected and refined in an epic, ‘The Tale of the Heike.’ Zeami [later] took many of these stories and made them into [Noh] plays.”

The play may have been written in the late 14th century for the Japanese warrior class, but Lawrence assures that “Kiyotsune” “is told in a very ‘modern’ way.” Performer Munenori Takeda said, “The story is profound but easy to follow. It is romantic, exciting and heart-wrenching.”

The titular character and actual historical figure, Kiyotsune, returns to the world of the living as a ghost after drowning himself, driven to despair in face of his clan’s utter defeat. Meanwhile, his wife is tortured by a memento he sent, and when Kiyotsune’s spirit appears before her in a dream, she vents her resentment over his choice of suicide.

“[‘Kiyotsune’] is dreamlike,” Takeda said. “The blurring of reality and dream allows the performer to express the overwhelming sorrow of the characters.”

The pathos of the play emanates from the anguish both husband and wife feel, separated by death. Lawrence calls attention to a single line in the play, which translates as, “A memento serves only to increase agony, not allowing even a moment of forgetting.” Zeami thus forces the viewer to experience several feelings alongside the characters, making “Kiyotsune” “real, universal and timeless.”

Pay special attention to the concluding dance sequence, which both Takeda and Lawrence describe as a major highlight.

“It has an inner strength and sorrow that is particularly devastating,” Takeda said.

Munenori Takeda was born into a prestigious family of Noh actors belonging to the Kanze School, which can trace its roots to the 14th century. His father, grandfather and several uncles are all certified as “Living National Treasures” in Japan. He first performed on the Noh stage at the age of two and appeared in more than 100 performances a year while also giving workshops, seminars and presentations.

Even for those familiar with Noh, the theater form’s very nature makes each performance unique and not to be missed.

“Noh performances are like snowflakes, rarely performed the same way more than once,” Lawrence said. “They aren’t jam sessions, but they also aren’t rehearsed. [Rather, each performer, from the actors to the accompanying musicians], is expected to know his part inside and out, polished and perfected.”

It is the effect of this unity of different aspects that make Noh more than a traditional performing art. Recalling how he felt when he first went to see Noh performances in Japan, Lawrence said, “It was like a strange dream that haunted me, and haunts me still.”

By coming to see “Samurai Warrior on the Noh Stage,” Munenori Takeda hopes that “people will  be able not only to experience this unique art form, but to glimpse the universal through a particularly Japanese window.”

The Samurai Warrior on the Noh Stage