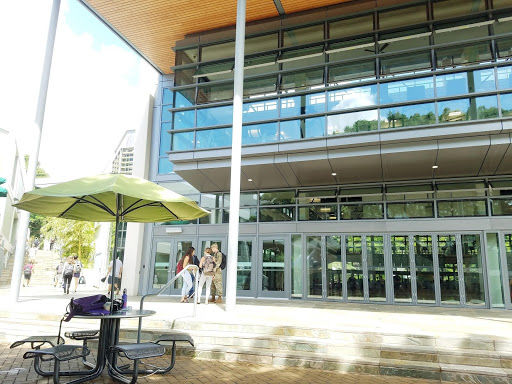 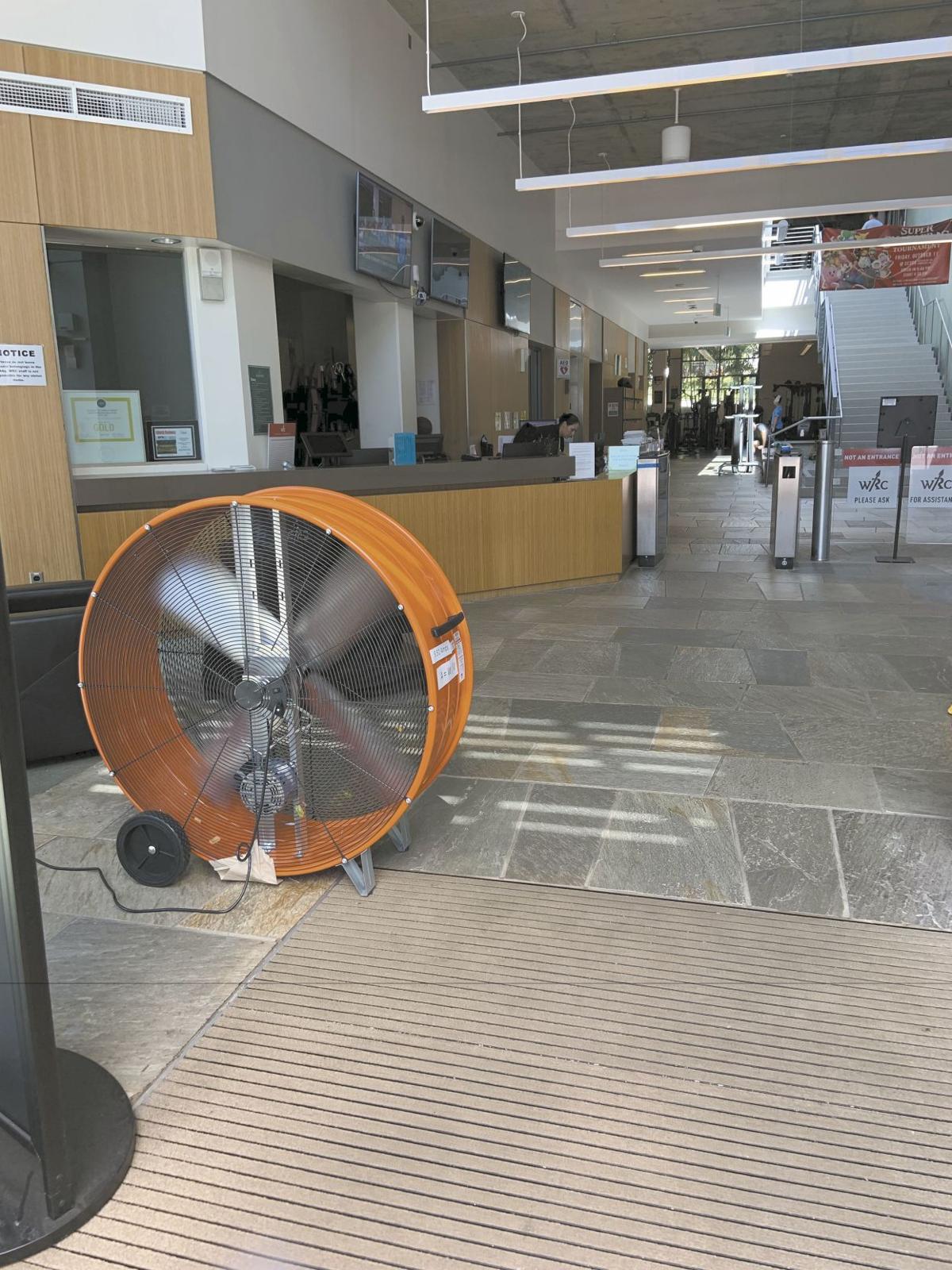 One of the temporary fans set up at the Warrior Recreation Center.

The Warrior Recreation Center air conditioning system is still not function after maintenance crews found a rupture in one of the chilling pipes that pumps out cold air nearly two weeks ago.

The gym, along with its showers and bathrooms, is still open, but WRC attendees and staff battle the increase of heat due to the AC malfunction. The hot and humid air builds up moisture inside the gym, which many goers find unpleasant.

Some people say it’s difficult to breathe during their workouts.

The ruptured pipe was confirmed on Sept. 20 after campus facilities and maintenance crews used a small remote camera and discovered a leak in the $790,000 air conditioning system, according to UH spokesman Dan Meisenzahl. Crews will now use sound technology to locate the exact source of the leak.

Repairs will begin once maintenance crews find the exact location of the leak.

According to the WRC’s Instagram, workout classes and parts of the gym might be delayed if temperatures in the gym rise above 90 degrees Fahrenheit.

“I was disappointed when I found out,” UH Mānoa student John Martinez said. “I’d prefer working out under proper air conditioning, but I also understand that it was a genuine mechanical issue and these things happen.”

“If it weren’t for those fans, there would be no cooling system besides the ceiling fans, which aren’t that effective,” Huang said.

UH Mānoa student Daisuke Abe says the fans can only do so much.

“The fans only help when you’re physically standing in front of it,” Abe said.

Meisenzahl encourages rec center attendees to stay hydrated when working out at the gym.

“We thank everyone for their patience and we’re working really hard to solve the problem,” Meisenzahl said.