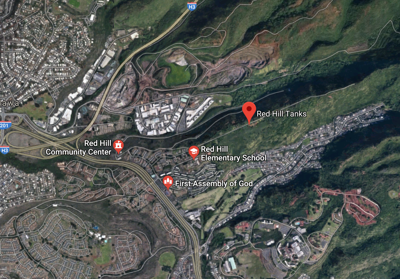 The Sierra Club won a lawsuit against the Hawaii State Department of Health (HDOH) on Feb. 21, 2018 for failure to “regulate the antiquated and leaky tanks at the Navy’s Red Hill Bulk Fuel Storage Facility,” according to a circuit court memorandum. The HDOH turned a blind eye to leaky U.S. Navy fuel storage tanks that threatened one of O‘ahu’s main water sources for over 20 years.

The lack of transparency in government issues has led to a lack of knowledge about these environmental issues that directly threaten the citizens of O‘ahu. Activists may realize the need for change, but laypeople must also be aware of their surroundings for their own health and the health of the environment.

The integrity of the HDOH should face further questioning. The Sierra Club argues that an imminent threat to O‘ahu’s drinking water is one that should have been fixed immediately rather than repeatedly ignored.

The underground storage tanks located in Kapūkahi, or Red Hill, in the ʻEwa district of O‘ahu, experienced more than 30 reported leaks about 100 feet from O‘ahu’s main drinking water supply, all of which have been met with little to no action from the HDOH and the U.S. Navy. During the last leak in 2014, nearly 27,000 gallons of fuel seeped into the ground and led to traces of dangerous chemicals in the groundwater surrounding the tanks, according to the Sierra Club, citing U.S. Navy research.

What is the Sierra Club?

The Sierra Club of Hawaiʻi has been an environmental group since its founding in 1968. It has connected groups of people to sustain and protect the land while promoting environmentally minded policies to Hawai‘i’s government offices. The sustainability efforts of the group members have prevented the deforestation of Maunakea, pushed for clean energy policies statewide and educated younger generations about the importance of environmental protection.

Through different conservation groups, people who want to make a positive impact on the environment have a chance to see the repercussions of their actions not only through on-the-ground efforts, but in the government as well. Groups like the Sierra Club have brought environmental issues to the attention of the locals, who in response write prospective bills, protest for change and bring environmental injustices to the attention of the general public.

The power of information and the public

Citizens that are not in groups such as the Sierra Club, however, should still be aware and keep themselves informed about what is happening in their neighborhoods and in the state, especially in regard to environmental issues such as Red Hill. An informed general public could potentially help cases (like this recent one against the HDOH)  get on the floor sooner and avoid prolonged damage to the environment and our health.