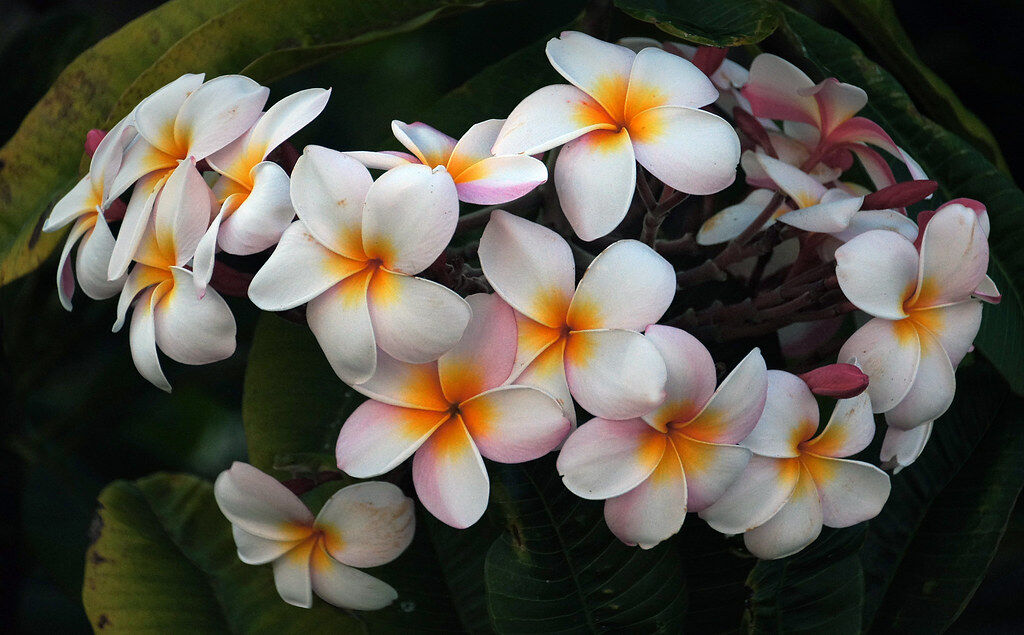 Plumerias are tropical trees famous for their gorgeous flowers which are used to make leis (floral garlands). 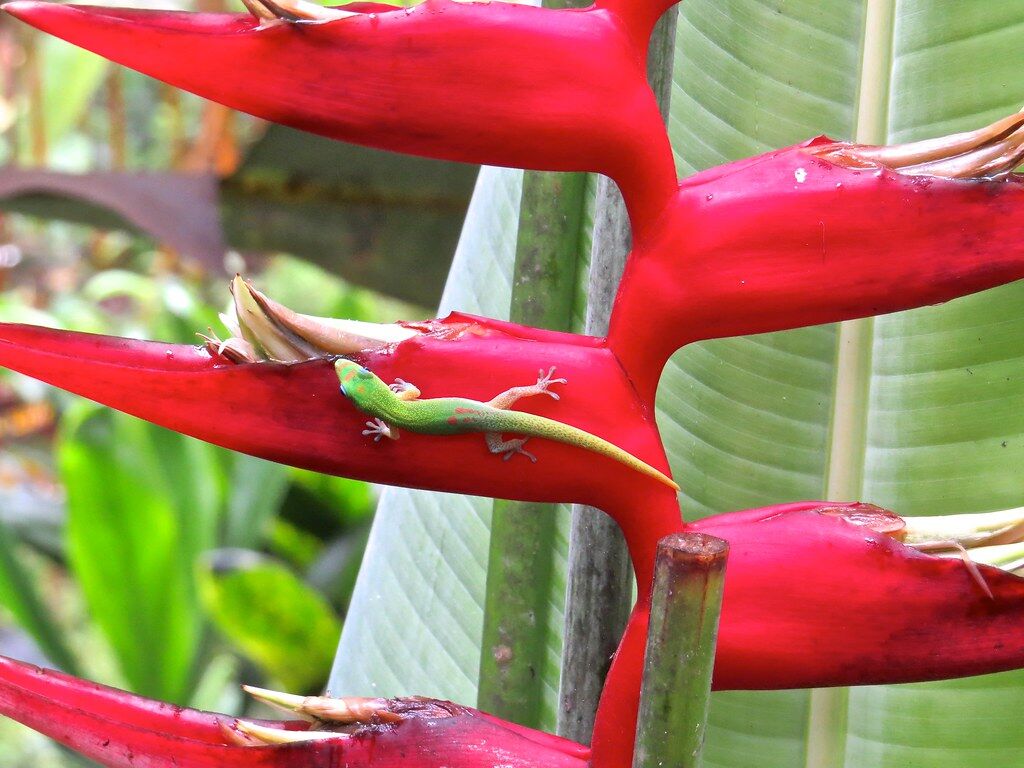 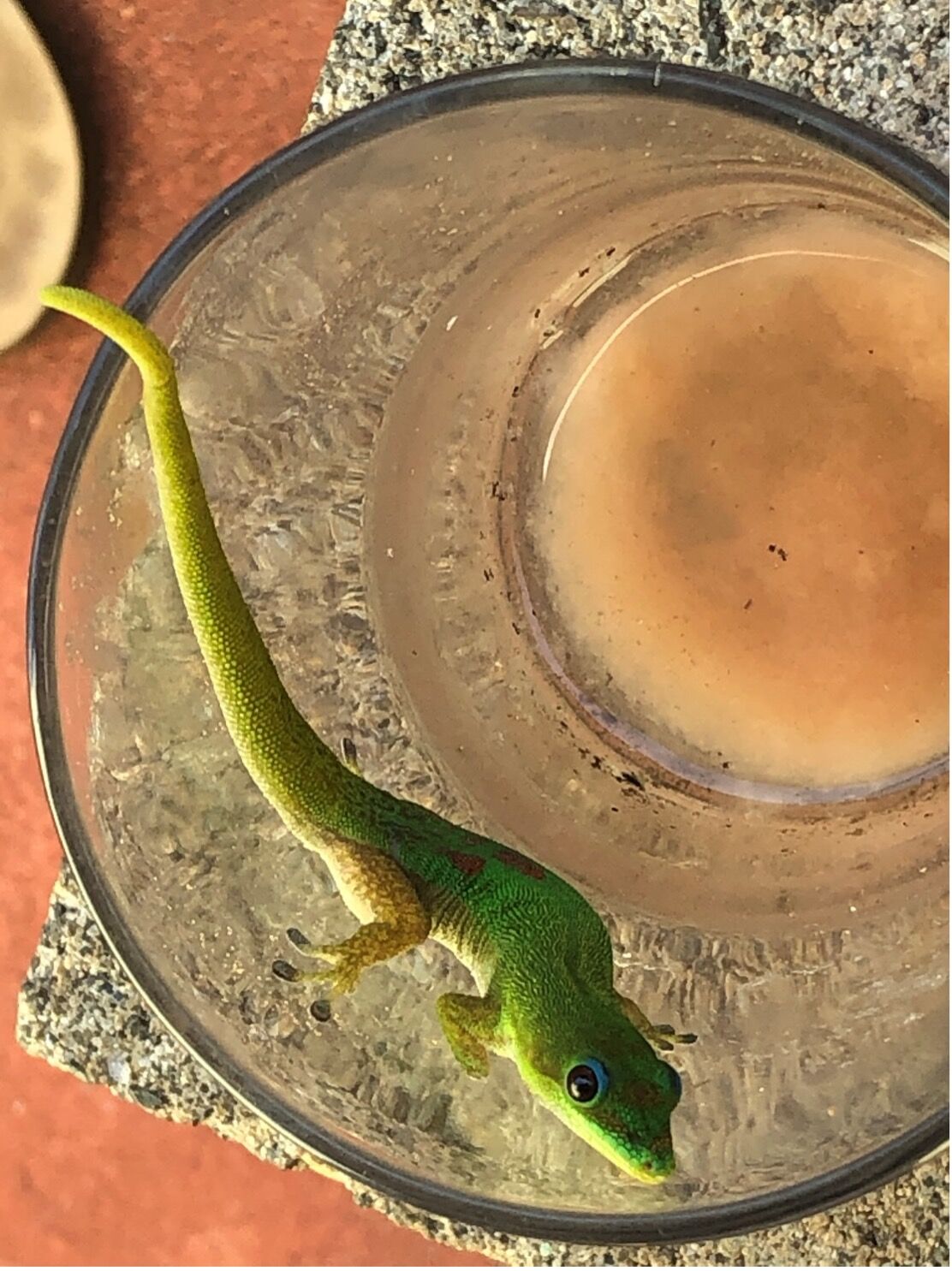 Conservation Conversation is contributed by the Society for Conservation Biology Hawai´i Chapter. To join the chapter and see more opportunities to get involved in conservation efforts in Hawai´i visit www.HISCB.org

Upon arriving to Hawai‘i, it’s pretty common to receive a plumeria lei. And many (myself included) expect to see niu, the bright green “Geico” geckos, and other tropical wildlife. This narrative of what Hawaiʻi and other tropical islands look like is common, and continually reinforced by TV, movies, and social media. But how many of the plants and animals we see are actually native to Hawaiʻi? And why does it matter if it’s native or not?

Introductions of new species are extremely common in Hawaiʻi and are only going to continue to increase as human populations expand and interact more globally. An introduced species is an organism living in an area that is does not naturally occur in as a result of human activities. Invasive species are an extension of this; they are non-native or introduced species that cause harm to the environment, economy, or human, animal, or plant health.

According to the IUCN, more than 1/3 of all species introductions have occurred in the last 50 years alone. These introductions can have devastating impacts if species are invasive – as we saw with the brown tree snake causing the extinction of native bird species in Guam, the disruption of Florida’s native ecosystems due to the Burmese Python, and the extinction of many Hawaiian bird species due to pressure from invasive rats.  The high rate of these introductions, their common occurrence in human-occupied areas, and a lack of education regarding plant and animal identification leads to a lack of community awareness about distinctions between invasive, introduced, and native species. Many people feel deep connection with invasive species, such as cats, banyan trees, and cattle egrets, perhaps without knowing they are harmful to native species.

The introduction of species to places where they do not naturally occur has become a worldwide phenomenon, spurred on by increased globalization in the past few hundred years. Historically, plants and animals have been spread by people who brought crops and livestock with them as they traveled to new lands. But today they are primarily spread through international shipping and travel. Awareness and research on the potential impacts of species introductions has become a large industry as well, hoping to mitigate negative impacts and prevent future introductions.

Hawai‘i has a range of both introduced and invasive species – from the Poison Dart frogs in Mānoa (introduced) to the Pampas Grass (invasive), but the stories of how many species got to Hawai‘i vary.  Hawaiʻi’s native species arrived by floating in on waves, being blown in by the wind, or accidentally transported by birds. Many of the first introduced species, also called “canoe plants”, kalo, kō kō, and ʻuala, were brought over with early Polynesian settlers via canoe around 1500 years ago. Some vertebrates, such as the house gecko, were also brought over with the Polynesians. Later, more introduced, and invasive species were brought over with European colonizers, and then through cargo, international travel, and recently the plant and pet trade.

Now, the majority of the species that can be found on University of Hawaiʻi’s campus, around town and even in the lower and mid-elevation forests, are introduced or invasive.  From introduced species like the brown anoles, plumeria, the ʻŌhiʻa ʻai or mountain apple, to invasive species like the Myna bird, the Jackson’s chameleons, the banana poka vines, the mongoose, the pigs, and more, the list continues to grow. Both introduced and invasive species are often able to establish populations easily in Hawaiʻi, due to the lack of predators and ample prey. And sometimes, Hawaiian species fall victim to these invasive species. Since much of the wildlife here is endemic, meaning it’s found in the Hawaiian archipelago and nowhere else in the world, the wildlife is at an increased risk of becoming endangered or extinct. One of the most well-known examples is native Hawaiian birds, 70% of which are now extinct due to disease, habitat loss, competition, and predation by invasive species. This story is all too common for many endemic island species, here, and globally.

Despite this, there is still hope for many native Hawaiian species. Many local organizations, and conservation programs across the archipelago seek to help protect native species, educate about them, and monitor for new invasive and introduced species. Many UH students directly focus on conservation outcomes research in their programs.  While some of Hawaiʻi’s non-native species are not harmful, some are, and it’s valuable to recognize these changes to Hawaiʻi’s ecosystems.

One way that individuals can help is by making sure to clean off shoes and other outdoor items when traveling to different spots across the islands. This can help prevent species from spreading into pristine habitats if they haven’t already. We can also educate ourselves about the native, introduced, and invasive species here in Hawaiʻi, and look for those species around us. Learning about the native and non-native wildlife, wherever you live, is a great way to connect with the environment and become more involved in conservation. For those of us in Hawaiʻi, the more educated we all are about the wildlife around us, the better we can help protect vulnerable native ecosystems, identify potential new introduced species, and respect Hawaiian land and culture.

Natalie Myers is a second year Masters student in the UH Mānoa School of Life Sciences Zoology Department. As a student in the Thomson lab, she studies how landscape features relate to gene flow and dispersal patterns in introduced urban lizards, with a goal of better understanding urban species movements. Outside of school, she does social media and communications for a non-profit, and hopes to work in the NGO field after she completes her degree in science communications.