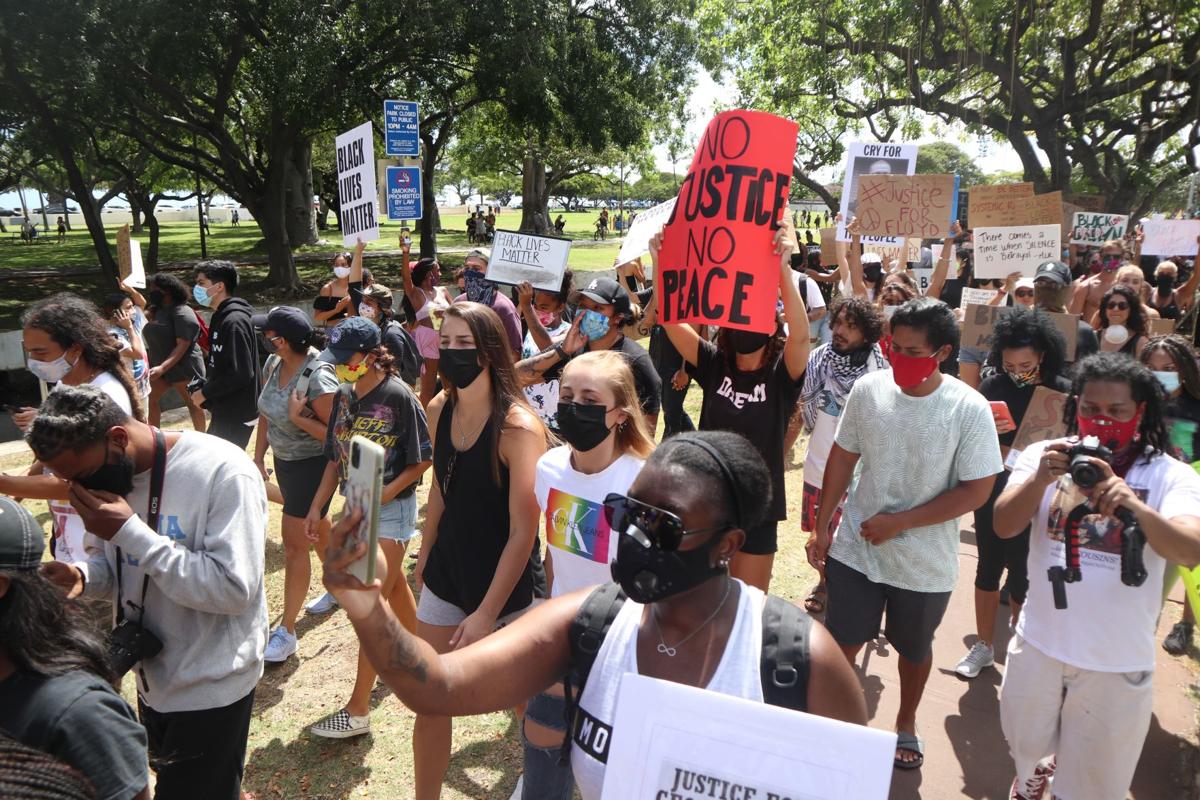 "Stop Asian Hate" rallies took place across the nation, including at Oahu's State Capitol, where demonstrators lined the streets with signs grieving the Atlanta shootings that took place in March of 2021.

“Black people are violent by nature.” “Asians eat exotic foods and that’s why the world is in the state that it’s in.” “Pacific Islanders are fat, lazy and leech off of the system.” “All Muslims are terrorists.” “Native Americans are alcoholics and can’t survive without casinos.” “Without colonization, how far would Hawaiians have progressed?”

I have heard these statements both in person, as well as flooding our media outlets.

There are times where I feel so defeated with mankind due to the implicit and explicit racism that marginalized communities face on an everyday basis. I notice the intense emotion that overwhelms me when I encounter someone who is racist or behaves in a prejudiced or discriminatory way. I notice the same emotions overcoming me when I hear or read headlines that criminalize and victimize yet another Black or Brown person.

According to“The Mind Body Connection” by Jill Litrell, there are physiological impacts that negative emotions and stress have on our body: immune system function, disease processes in viral infections, wound healing and the list continues.

I started to think of the biological repercussions of systemic racism on Black People and people of color. Since justice has taken a vacation in the United States of America, I was thinking, how can marginalized communities care for themselves in ways that their state representatives, legislators and president cannot?

According to “The Experience of Racism on Behavioral Health Outcomes: The Moderating Impact of Mindfulness,”  “Research shows that racial discrimination results in adverse behavioral health outcomes for African-American young adults, including risk for depression, anxiety and substance use.” Authors Tamika Zapolski, Micah Faidley and Marcy Beaulich found that mindfulness supported the direct and moderating effects of mood outcomes as a consequence of racial discrimination.

Mindfulness was found to assist African-American young adults in coping with discriminatory experiences.

How disheartening that the communities impacted by racial discrimination in the United States (and beyond) are the ones that must find tools to deal with a society that does not wish to see all of their humanity; that the communities impacted by racial discrimination must improve and maintain their own well being, instead of being born into an environment that already sets up and promotes equitable and healthy well being for all (mentally, physically, spiritually, emotionally).

But let’s take a look at the perpetrators of racial discrimination.

After all, it is them that should be doing all of the work to dismantle their racism especially since they are the beneficiaries of a racist system.

According to Wioleta Polinska, in order to undo social formations of racist blindess and overcome unconscious prejudice, one must engage in loving-kindness mindfulness meditation.

“Racial prejudice impacts both whites and Blacks in a profound way that extends beyond the cognitive discrimination to the realm of psychological and physical well-being,” Polinska said.

Since mindfulness is about awareness of one’s thoughts and feelings without judgement, mindfulness helps to cultivate non-judgement and compassion (towards self and to others).

When the person does not feel pulled toward their biased emotion, they can practice awareness of their prejudiced ways, thus opening up the possibility to reduce racial bias.

Despite the evidence, some do not believe that meditation will assist in dismantling White supremacy, but rather is a sign of it.

Shannon Sullivan, author of “Inheriting Racist Disparities in Health: Epigenetics and the Transgenerational Effects of White Racism,” believes that resources like meditative practices are a sign of white privilege and what really needs to happen is to end white domination.

While reducing prejudice needs to be approached on multiple levels; medically, economically, politically, morally, socially, religiously, intimately but in the meantime, and at no-cost other than the intention of a better world, meditative mindfulness such as loving kindness should not be so easily dismissed.

If a racist does not care to parttake in loving kindness meditation and seek a better world, maybe they might think twice if they knew about the physiological impact that their ignorance has on their body.

“[W]hite racism also can help shape white people’s biochemical make-up and activities: for example their serotonin and other neurotransmitter levels, the activity patterns of their autonomic nervous system, their predisposition for gastric tachyarrhythmia, their levels of hormone production, and so on. We might say that the tenets of racial contract need to be examined not just morally and epistemologically, but also biologically.” Sullivan said.

Sullivan is not the only one who questions mindfulness interventions for racist thoughts and actions.

Adelheid Nicol of “Mindfulness: Relations with Prejudice, Social Dominance Orientation, and Right Wing Authoritarianism”, believes that more research needs to be conducted on the cognitive processes that are important in reducing such discriminatory behavior.

Nicol also believes that mindfulness may influence or change a person’s relationship to their thoughts, however, it does not change the content of those thoughts. On the flip side of that statement, I would say, what’s wrong with that?

If one can identify or become aware of prejudiced thoughts, and actively choose not to engage with it through mindfulness, that is ultimately a win-win situation.

Because as one continues to navigate this world with mindfulness and interact with other sentient beings, one's practices will inevitably perpetuate a kinder and compassionate world. I highly doubt that the contents of the mind are not impacted in a prosocial way, due to the very nature of mindfulness inviting one to, again, utilize non-judgment and compassionate awareness of thought and self.

At any rate, if the perpetrators of racial bias do not wish to change the outcome of their prejudiced thoughts, then at least Black people and people of color have yet another tool to combat the neverending injustices.