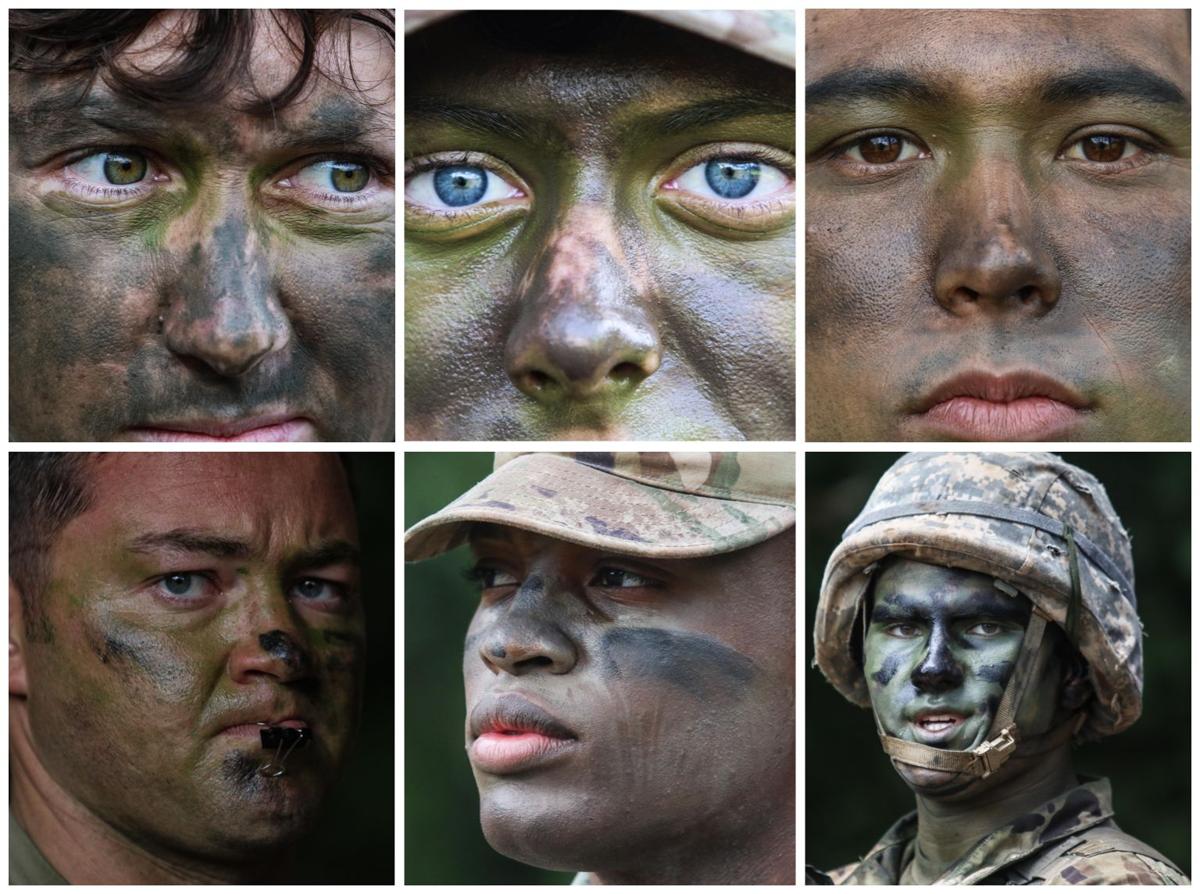 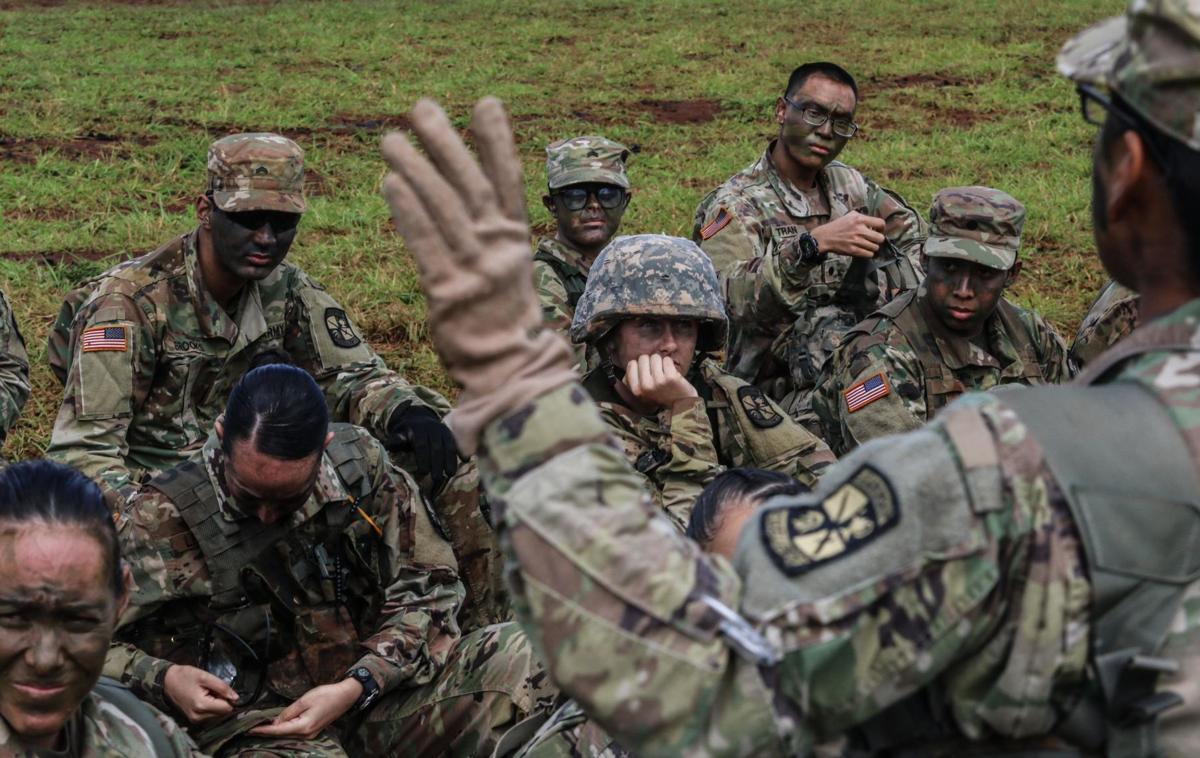 Cadets listening to the orders of MSIV cadet Angie McCallister before starting their qualification range at the Schofield Barracks. 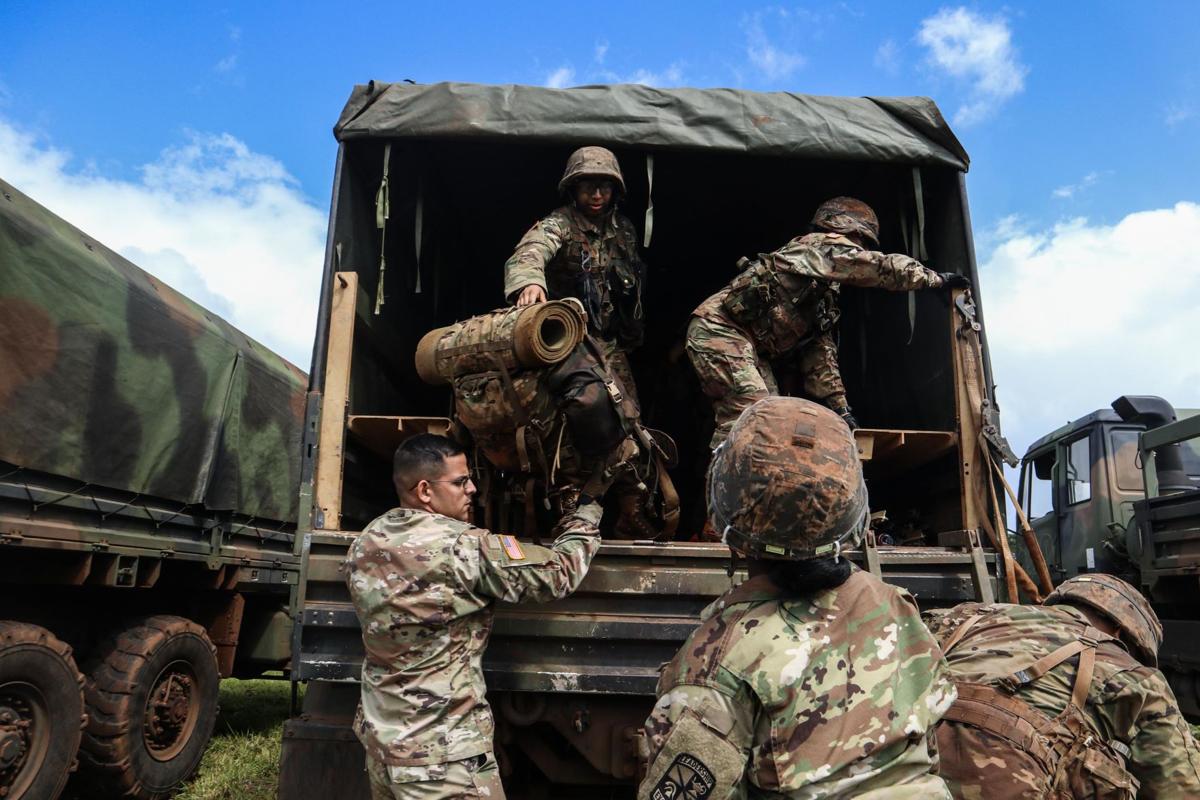 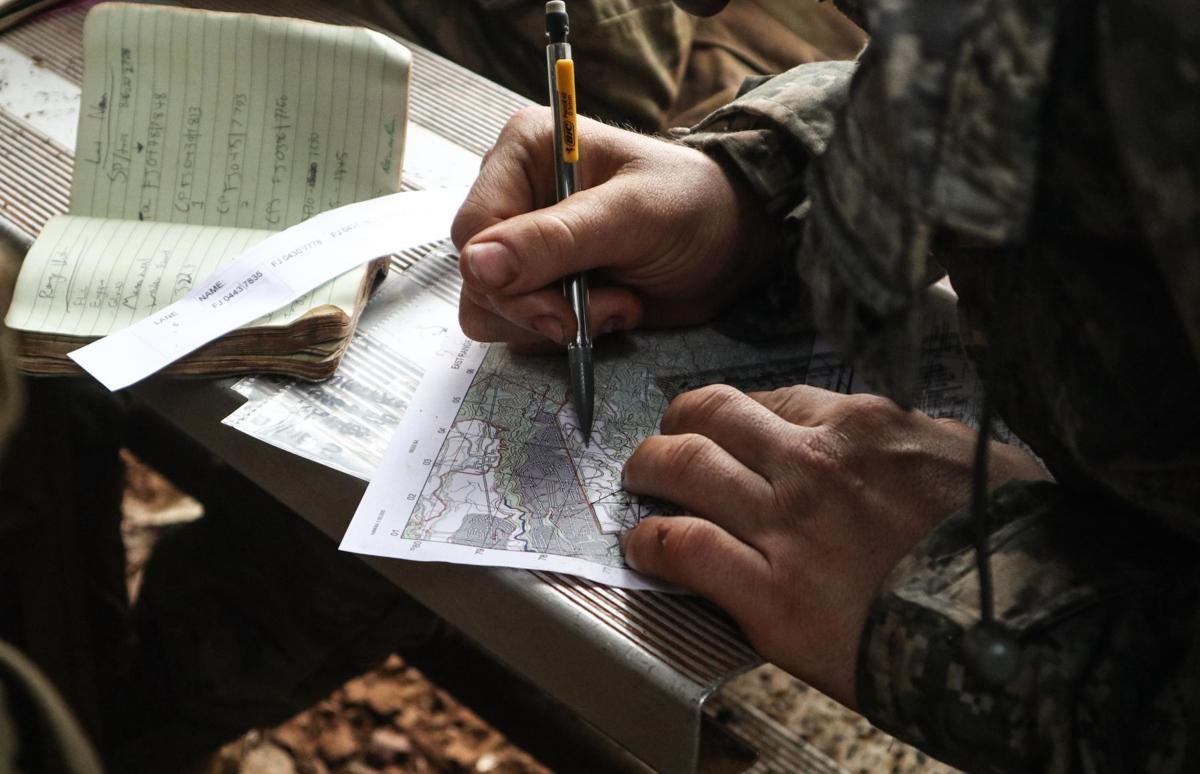 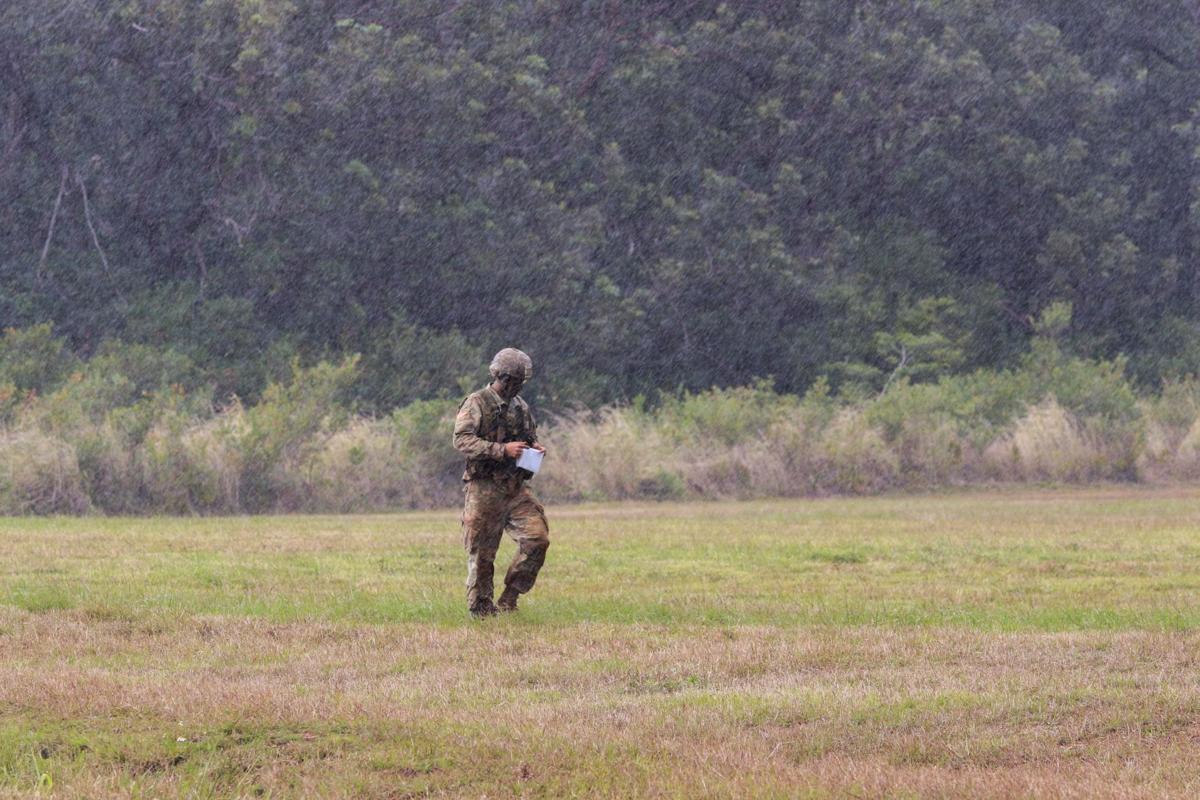 A cadet walks in the rain to find his check points in order pass the land navigation training at the lighting academy in Wahiawa. 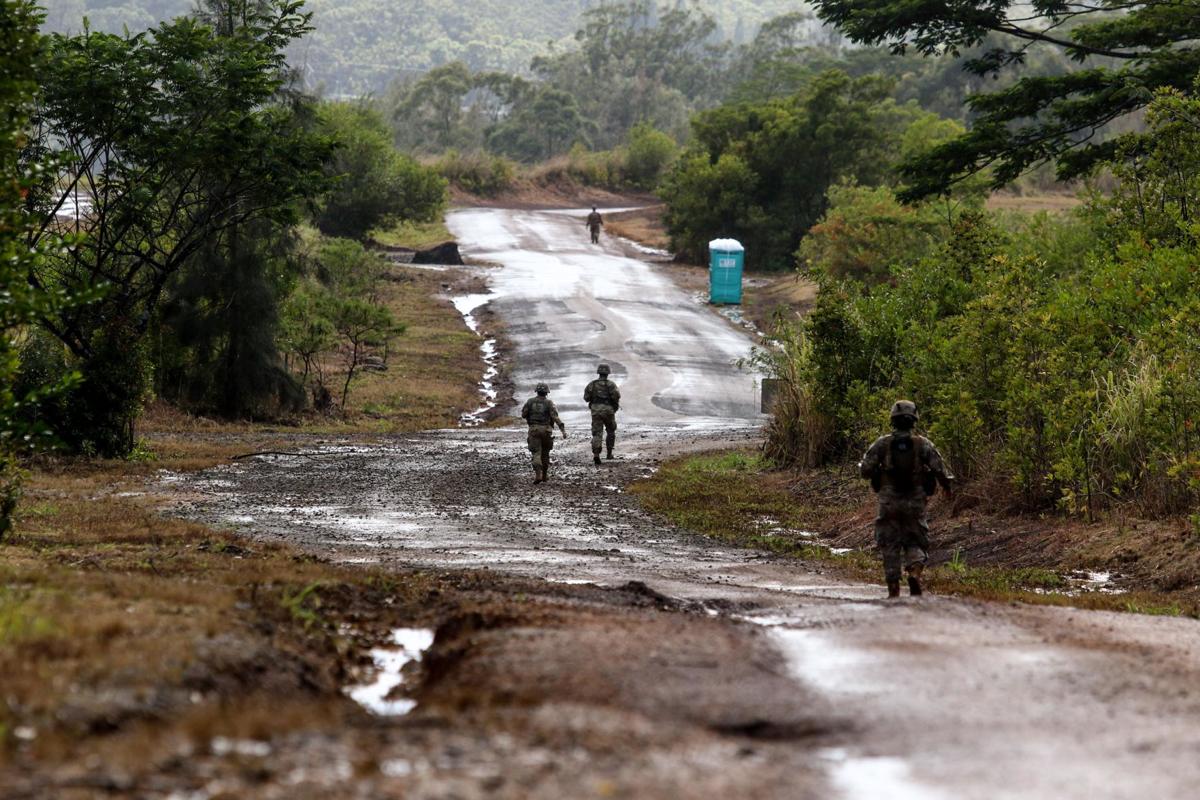 Cadets in progress with their land navigation training session where they are required to use 8-digit grid coordinate, map, compass and protractor. 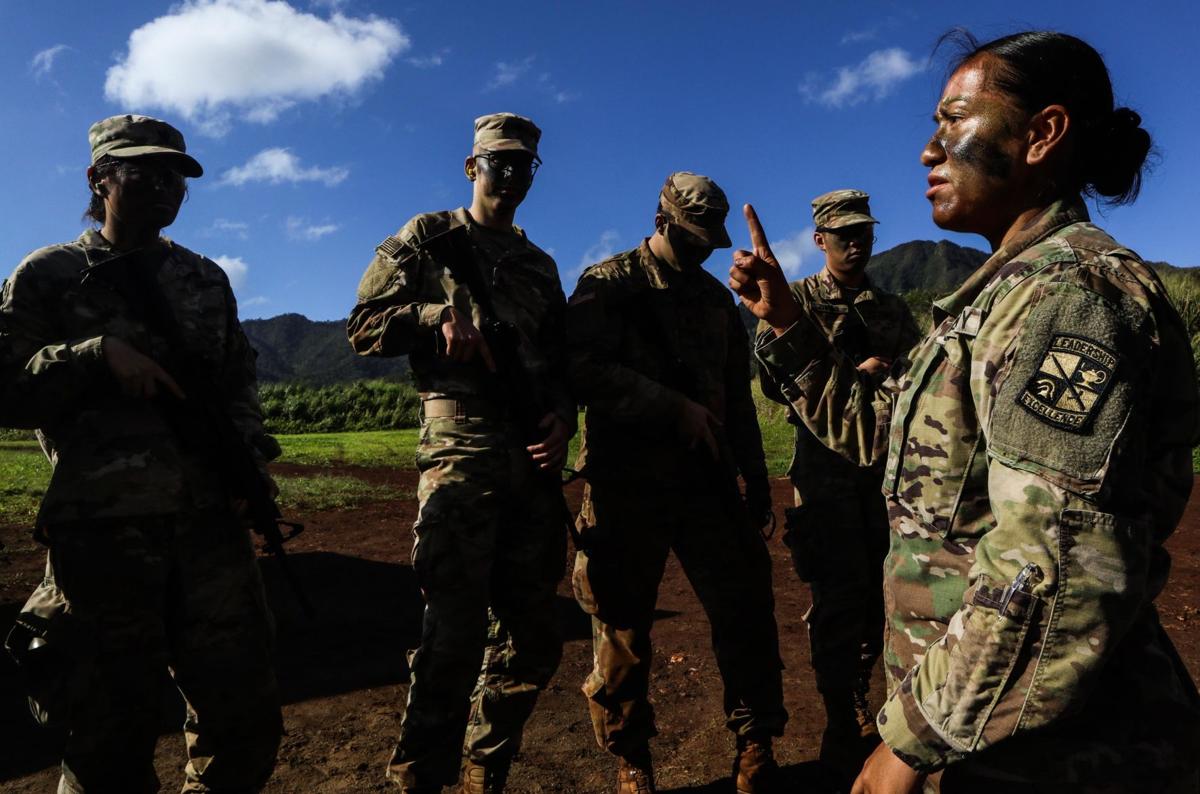 Army MSIV cadet Angie McCallister gives instructions to the cadets taking part in the zero round with M4A1 rifles. McCallister is in charge of training for this semester. 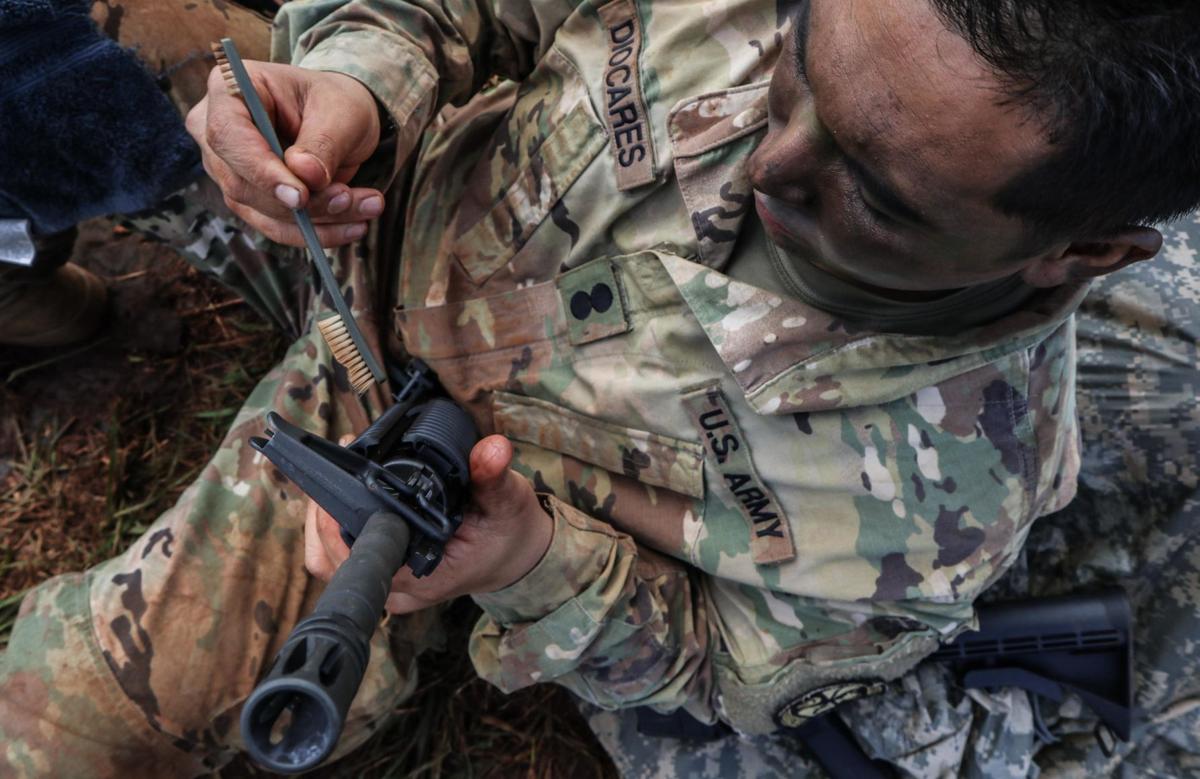 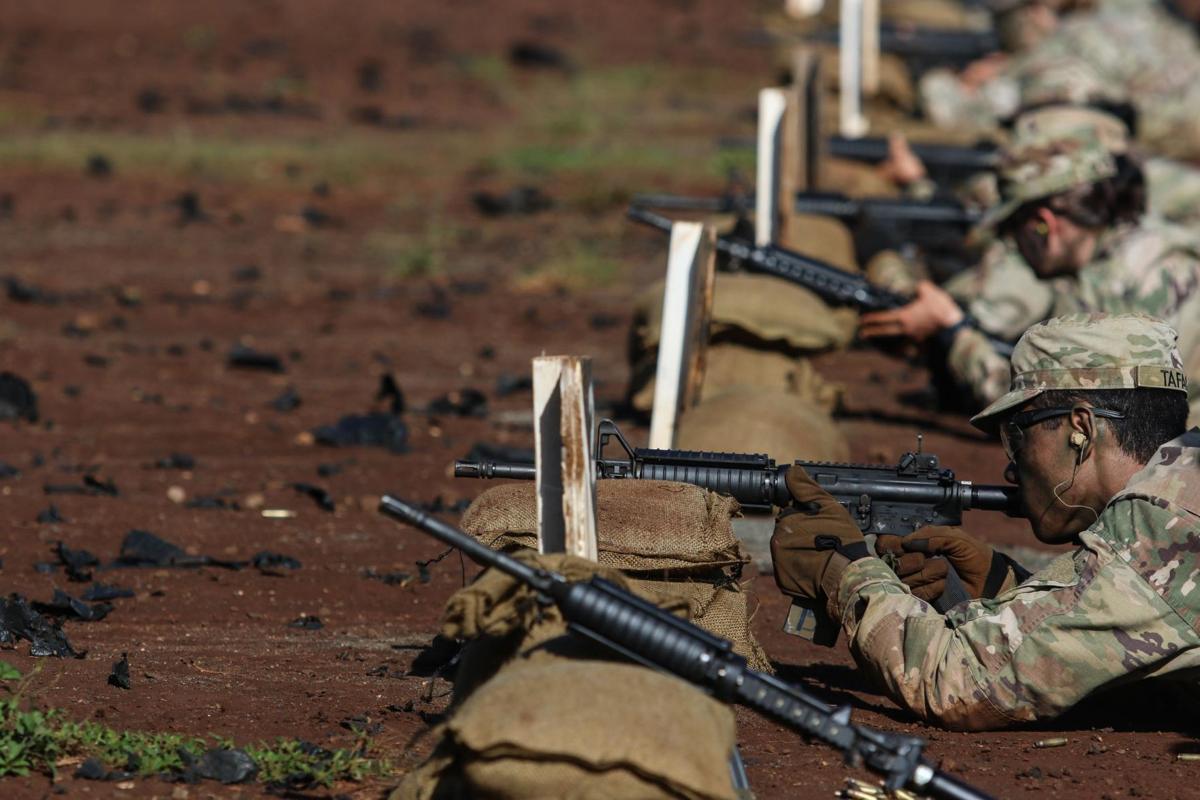 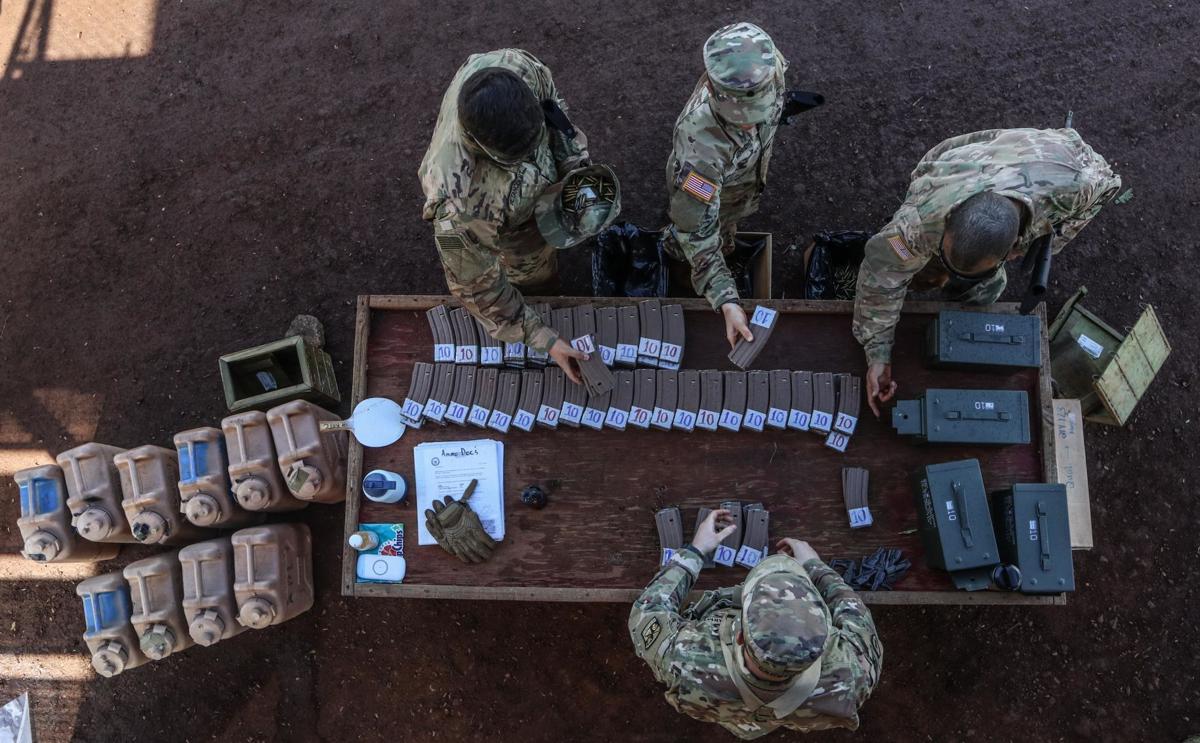 Cadets return their M4A1 rifle magazine to the counter after completing the qualification range. 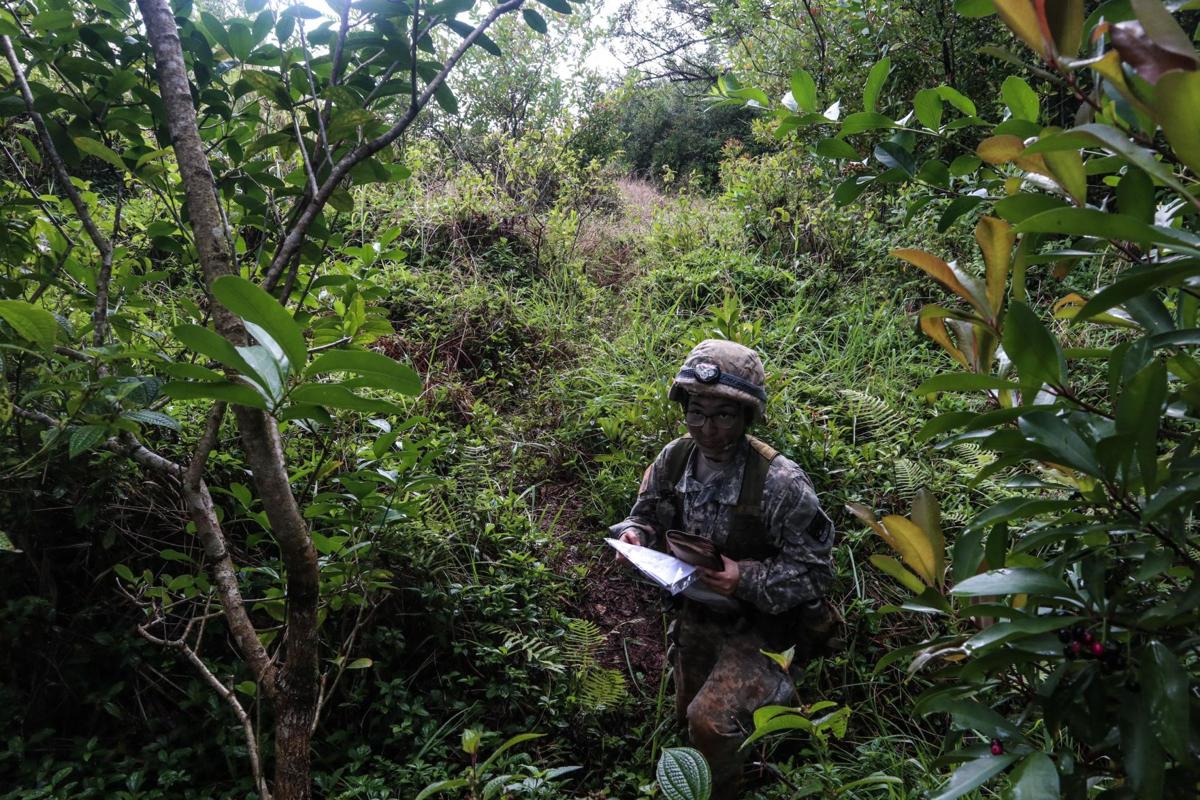 MS3 Cadet Ariana York navigates through the wild as she takes part in land navigation event on the day of “Superlab” event.

The event started early at 5:30 a.m. on Feb. 29 at Schofield Barracks, heading right into the first training event just off of the Lightning Academy. There are two locations used throughout the day: the East Range (ER) and the Qualification Training Range (QTR). Two companies, Alpha and Bravo, took turns in three different phases. Alpha Company started with land navigation at the ER while Bravo Company shot rifles at the QTR.