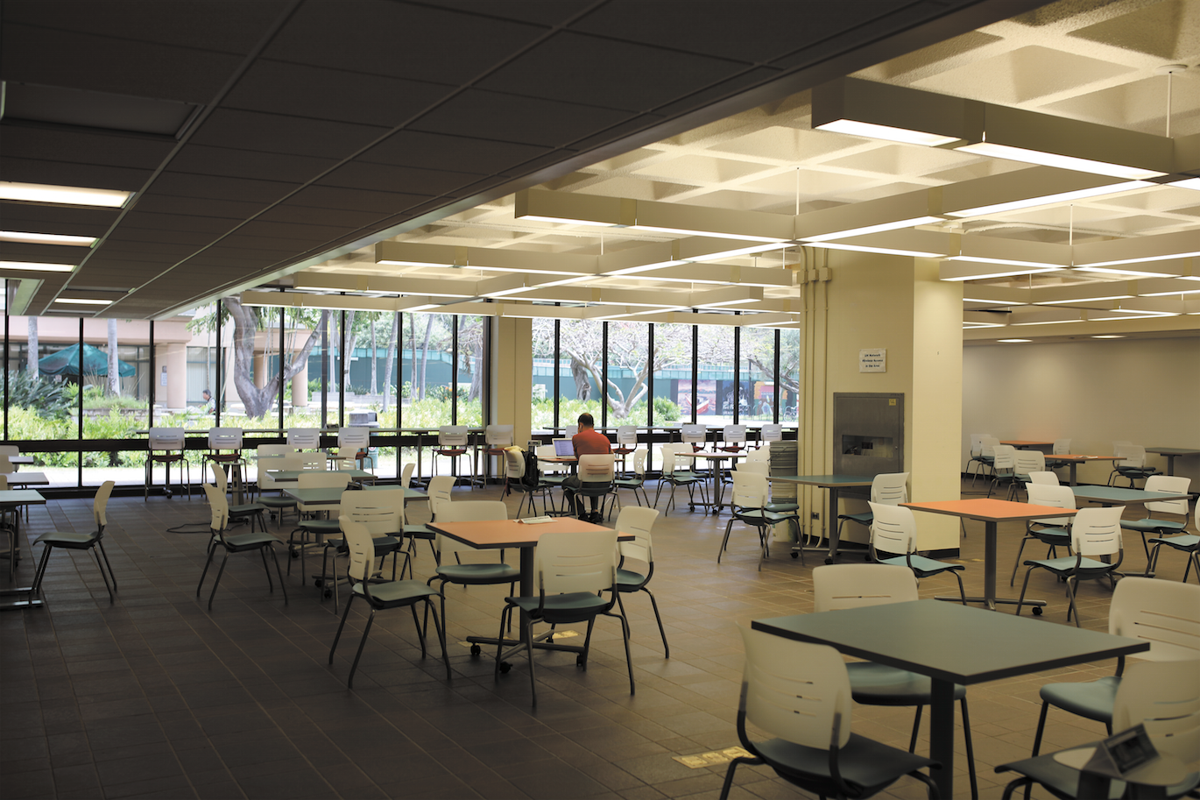 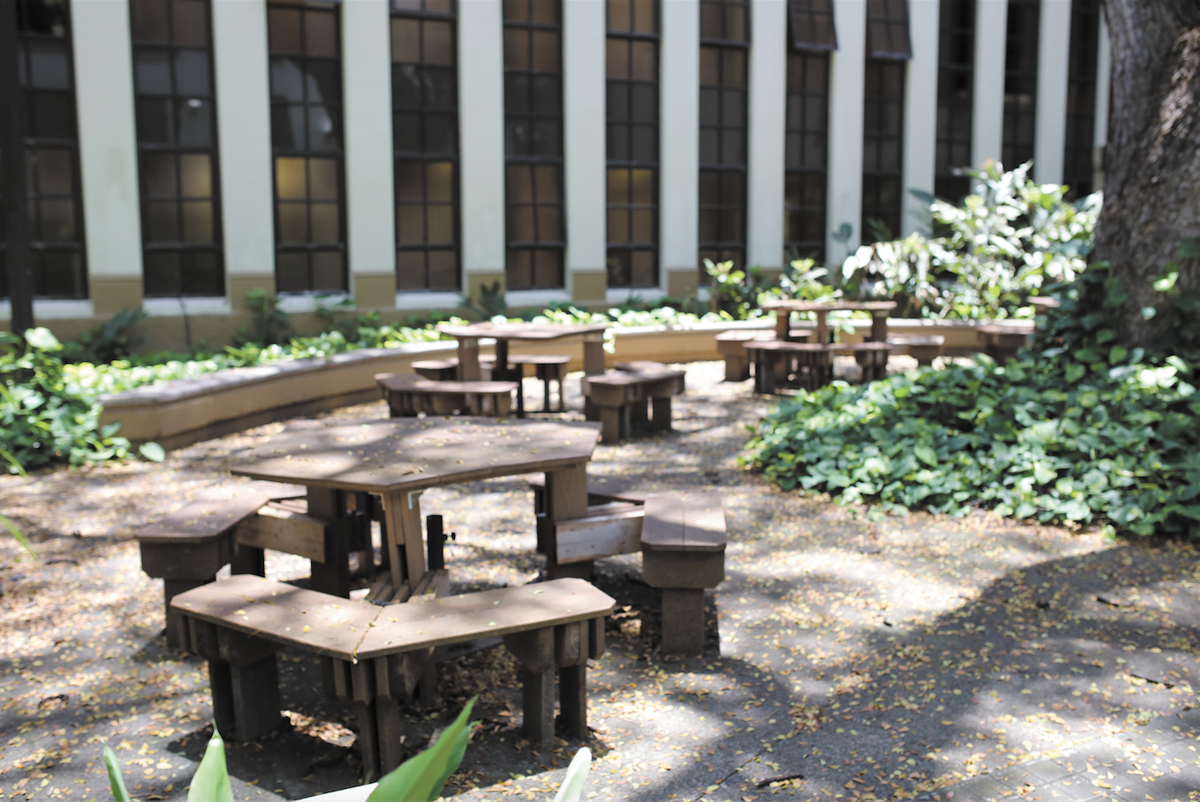 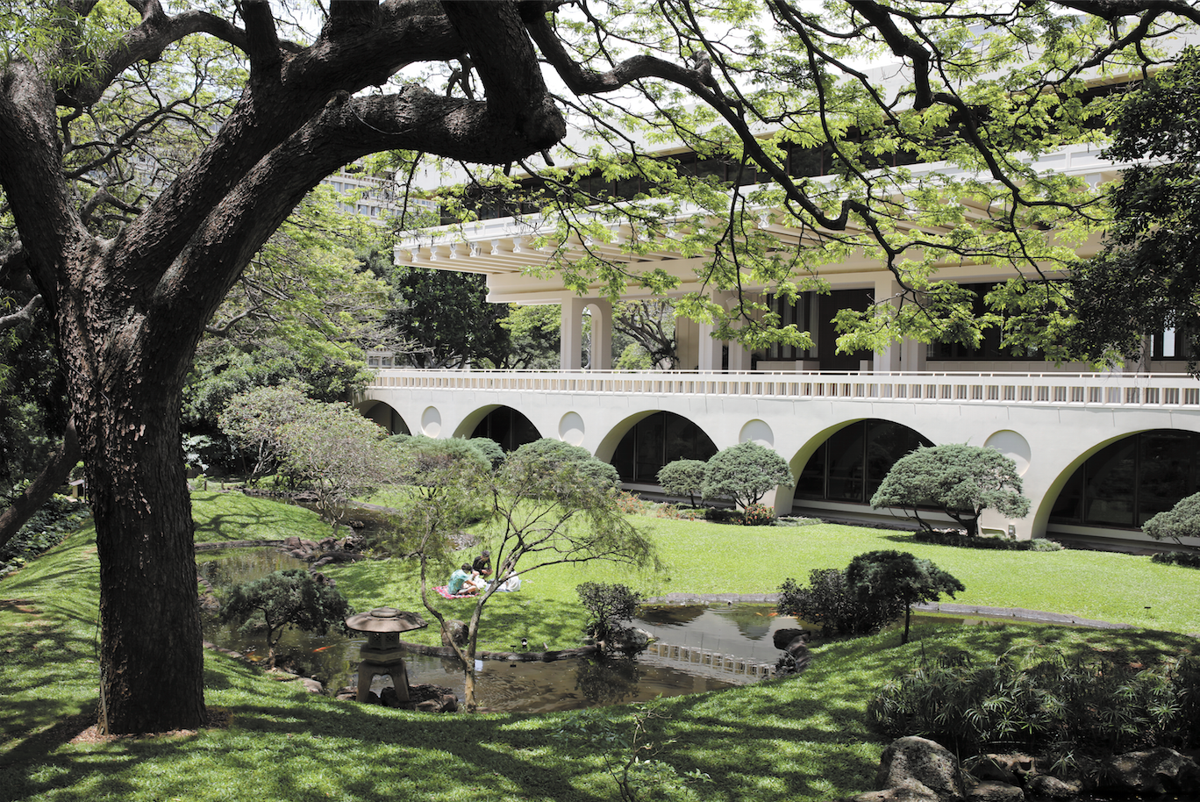 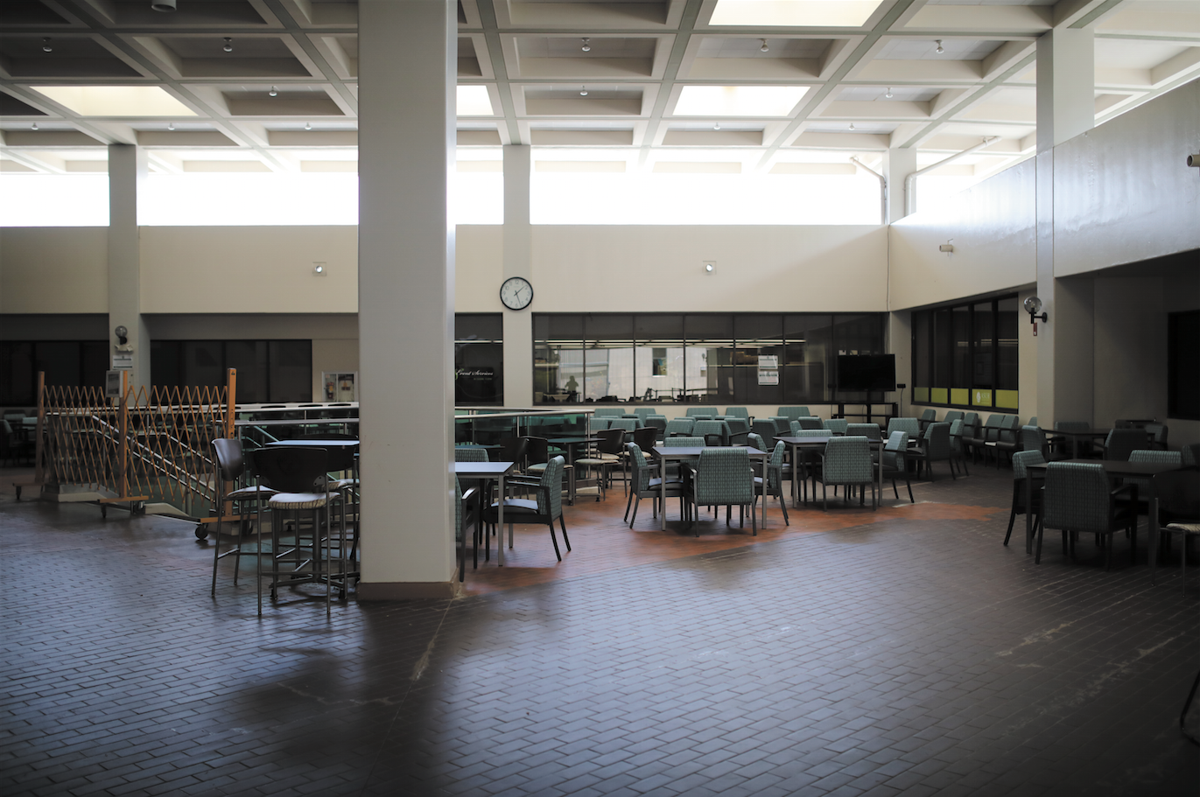 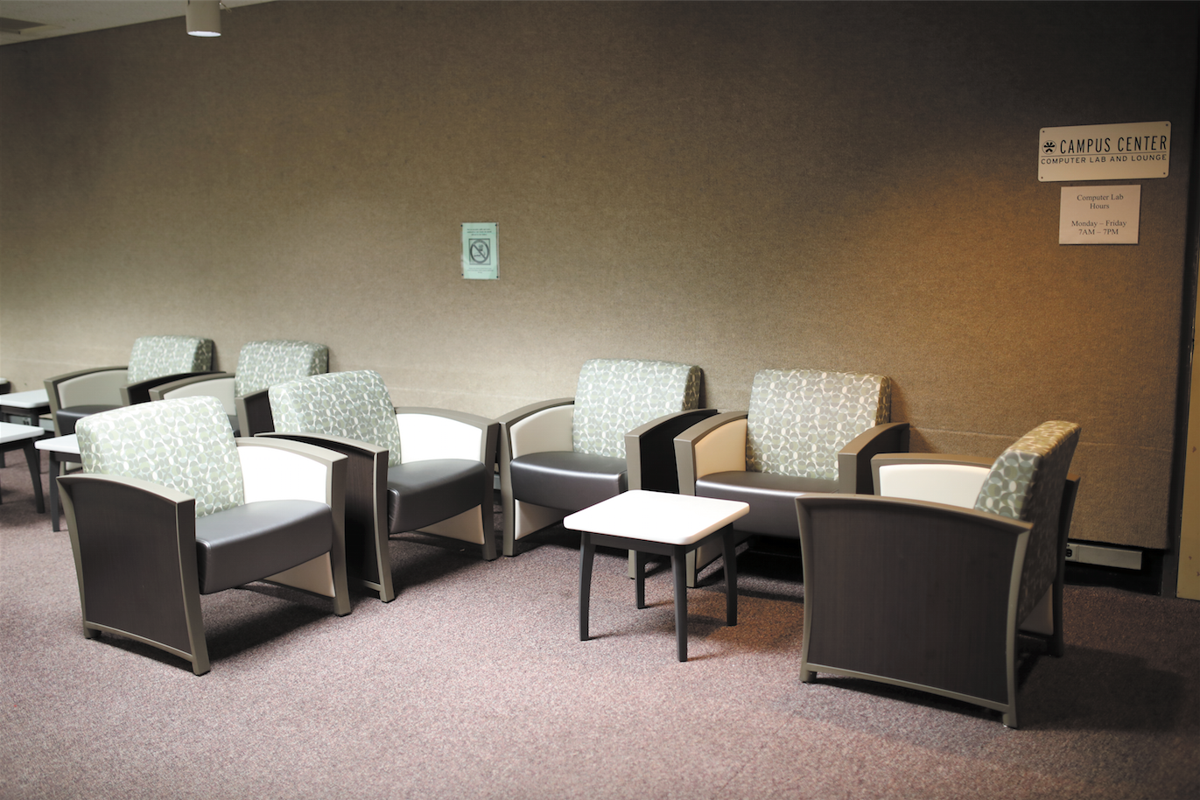 With finals around the corner, students need a study zone where they can drown in their emotions. While there is the comfort of one’s own home, dorm or dorm study lounges, there are many locations on campus for studying. Only a handful are worth staying in, as many have heavy foot traffic and a buzz of voices coming from students.

Contrary to the belief of some, the UH School of Law Library is not exclusively for law students. While a section of the library is designated for them, anyone can easily walk into the library and pick a seat to begin studying. The library is quieter than the others on campus, but each has its own place for a peaceful study session.

While Hamilton is a food-free zone, the air conditioning provides a cool location, giving you one less problem on hot days. But you might want to bring a jacket, as it can get chilly. If silence is an important factor when studying, consider studying in the upper levels of Hamilton, such as the back of the third floor or in the Hamilton additions. While the first floor is convenient, the foot traffic and the groups of people freely talking can be bothersome.

As the first library on campus, Sinclair Library was not built with air conditioning. So while the third floor has an air-conditioned zone, the rest of the library relies on open air and fans. The third floor has less foot traffic, sofas and is quieter than the first and second floor. The ability to eat in the library is also a plus.

Encircled by George Hall is a courtyard with tables begging to be used. Although many people pass by the location on their way to Shidler, the school of business, not many people are seen in George Hall’s courtyard. The courtyard allows you to be outdoors in the fresh air while still enjoying silence and privacy.

The Japanese Garden behind Jefferson Hall is a quiet and calm location to meet your study needs. Despite the possibility of mosquito bites, the frequently empty garden is a suitable location to lay down a blanket and seclude yourself from civilization’s distractions to focus on your finals.

This goes against everything the headline says. But if background noise comforts you, then the common area near Subway is an ideal place if you want to remain a convenient distance from food and coffee. With the University’s recent update in furniture during the end of last summer, the new seats are still plush and comfortable.

The third floor of Campus Center combines Sinclair’s allowance of food with Hamilton’s air conditioning for a space that is the best of both worlds. The Computer Lab and Lounge has new furniture, complete silence, air conditioning, computers and allows food and drink. It is also an ideal place to get a bit of shut-eye.