You have permission to edit this article.
Edit
HOME
NEWS
FEATURES
OPINION
SPORTS
MULTIMEDIA
ABOUT
1 of 9 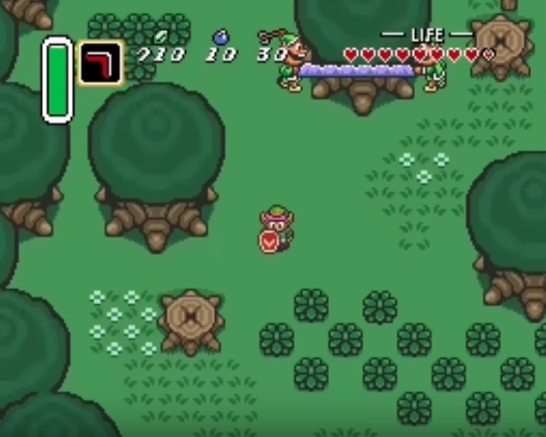 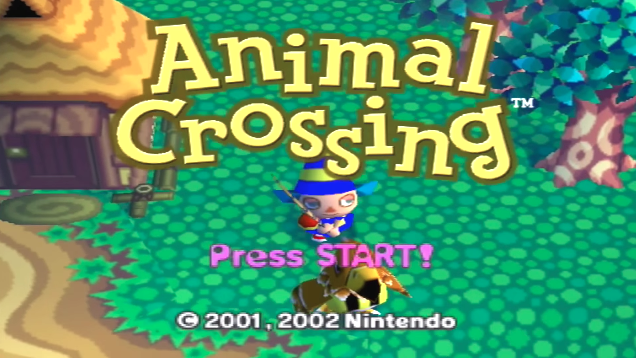 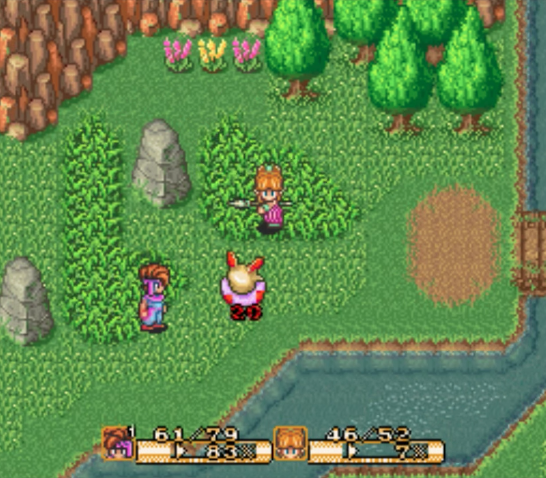 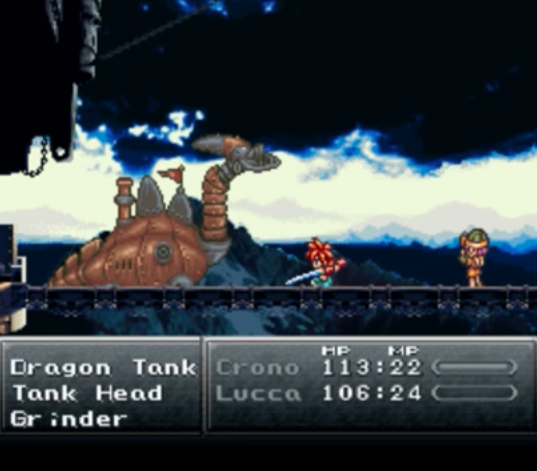 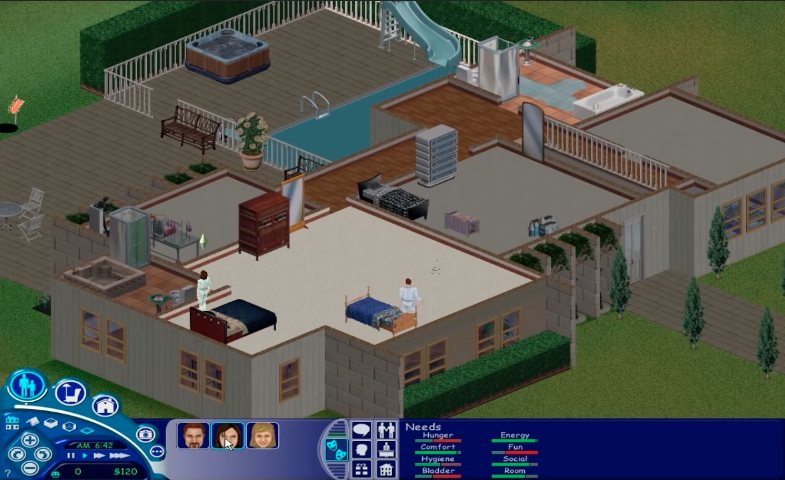 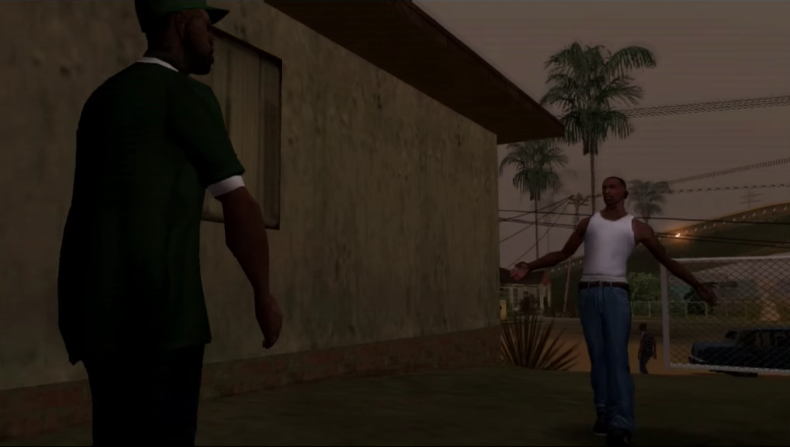 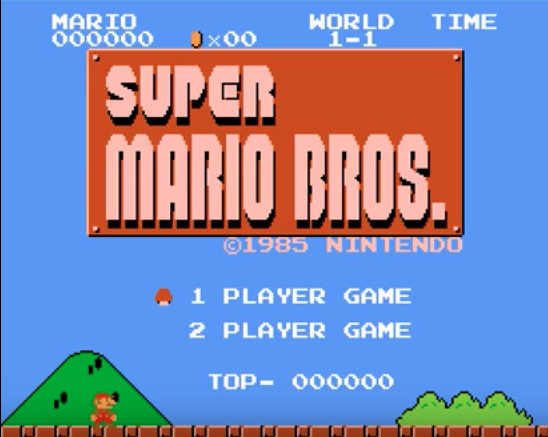 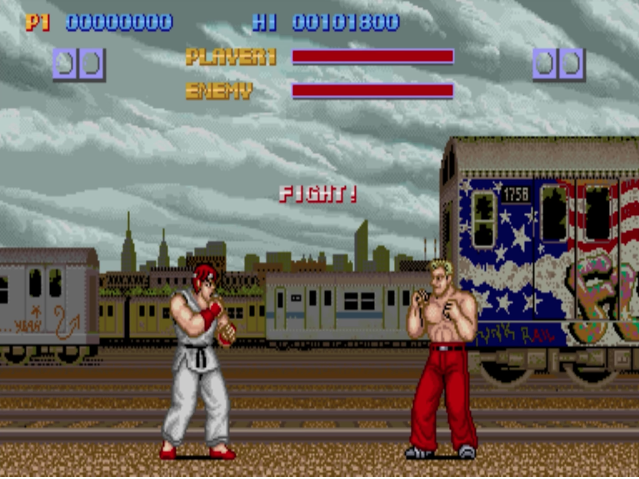 What is an emulator?

If you no longer have a Game Boy, Nintendo DS or even a Super NES, emulators are platforms for players to relive the experience of the games they played growing up.

An emulator is a software that enables your computer or phone to host console game systems. While there are many emulators online to download, some can be complicated or confusing to set up. Although emulators are not considered illegal, the ROMs (game files) downloaded to play the game are.

So, use these with caution, do your research and choose your next step wisely.

OpenEmu is a free app. It features 13 consoles in one app, such as Super NES, Atari 2600, Game Boy Advance, Nintendo 64 and Nintendo DS.

RetroArch is similar to OpenEmu, as it packs in several consoles in one app. The app can be accessed through the Google Play store.

iEmulators is a website containing a variety of console emulator applications such as Provenance, which is a multi-emulator featuring the PlayStation 1, Nintendo and Sega. People can download the app through their website, but because these are not permanent apps, they can sometimes be revoked, meaning that for a certain amount of time the app cannot be opened until the company manages to bring it back.

One of the most popular simulation series to date, Nintendo first released “Animal Crossing” (2001) in Japan for the Nintendo 64 before re-enhancing the game and releasing it for GameCube that same year. It was not until 2002 that Nintendo released it for North America, followed by Australia (2003) and Europe (2004). Including the original, “Animal Crossing” had three successive games: “Wild World” (2005), “City Folk” (2008) and “New Leaf” (2012). These were then followed by three spin-off games: “Happy Home Designer,” “Amiibo Festival” and “Pocket Camp” for cellular devices.

The gamer plays a human character who moves into a village that is populated by human-like animals. Players have no actual objectives, but are encouraged to experience the world by doing a number of activities, such as socializing with residents, collecting items, gardening or fishing. The player can customize its avatar and its home.

Notable features are the free-roam gameplay, high level of customization and the use of an internal clock and calendar to simulate real time. The in-game time feature reflects reality and will simulate the seasons and the time of day. The player can find themselves experiencing an in-game holiday event, the growth of a tree or the capture of certain types of bugs at a certain time.

In the 16 years of “Animal Crossing,” it has graced platforms such as Nintendo 64, iQue Player, GameCube, Wii, Wii U, Nintendo DS, Nintendo 3DS, iOS and Android. The series has remained successful over the past years, selling over 30 million units worldwide. Old Nintendo DS and Nintendo 64 versions can be played on computing emulators which can be found online.

“The Legend of Zelda: A Link to the Past”

Nintendo has had a successful lineage of games, including the third installment to “The Legend of Zelda” series, “A Link to the Past.” The action-adventure game was released in 1992 for the Super Nintendo Entertainment System (SNES) console in North America after its release in Japan one year prior.

The game plot features protagonist Link, who journeys to save Hyrule by defeating final boss Ganon, rescuing maidens along the way.

“A Link to the Past” has been critically claimed to be one of the best video games of all time, according to IGN. The game has had over 4 million units sold.

The game was eventually made for the Game Boy Advance with small changes, selling over 1 million copies. But the game can now be accessed through the Wii, Wii U and Nintendo 3DS through the Virtual Console. In September 2017, Nintendo re-released the game in the U.S. as a part of the Super Nintendo Entertainment System Classic Edition (Super NES).

Another well-received game is “Secret of Mana,” which features real-time gameplay rather than the turn-based combat system. The action-adventure game was developed by Square and was originally released in Japan as Seiken Densetsu 2 in 1993 for the Super NES console.

The sequel is set in a fantasy universe where the plotline follows three heroes (Randi, Primm and Popoi) who journey to prevent an empire from taking over the world with the power of an ancient flying fortress.

Another well-received Square Enix role-playing game (RPG) is “Chrono Trigger,” which was made for the Super NES in 1995. The game had a successful critical release and was dubbed one of the best RPGs of all time. The RPG was released on Super NES, PlayStation, Nintendo DS, iOS, Android and PC.

The plotline of the game features a group of time travelers working to stop a global catastrophe. The game has numerous side quests, multiple endings and detailed graphics. The combat system is unique with its turn-based system and different options for playing this mode.

The genre is in the title itself. This simulation sandbox was first developed by Maxis and published by Electronic Arts (EA). The first game was released in 2000 for PC, and has since moved on to almost every gaming console since the Game Boy Advance.

The player takes control of any created or premade avatars, known as “sims,” which vary in age and size. Players can emulate real life (minus the R-rated violence and uncensored content) by building homes, buying furniture, creating sims, building relationships between them and directing their moods and satisfying their needs. Players on the computer, and more recently the PlayStation 4 and Xbox One, can purchase expansion packs to further the game and customize content. While most games lack actual objects, other previous versions of the series on various platforms featured them. One of the game’s notable features is the Simlish language. Later versions of the game feature popular songs in Simlish, like “Don’t Cha” by the Pussycat Dolls.

Though there were multiple versions of the same title, the franchise provided a completely different experience in gameplay in each version. The PC and Mac version lacked actual objectives and a story plot, acting as the ‘full’ version of the game with endless opportunities for customization, exploration and game modding. While versions of the game on the Game Boy Advance and Nintendo DS were more centralized on a storyline with objectives, the game on those platforms had limited customization options. Games for the PlayStation and Xbox acted as a middle ground for the two. But it was not until the 2017 release of “The Sims 4” on the PlayStation 4 and Xbox One that the game more closely resembled the computer version, which featured bigger worlds, expansion packs and the ability to build multiple floors, including a basement.

The series is known for incorporating cheat options, such as the infamous money, or “Simoleons” cheat, “motherlode,” which gives the sim 50,000 Simoleons to spend on bills, food, home items and anything else that the player may have the sim purchase. Mods were also a popular download to further customize the game, though they resulted in odd user-generated mods such as the ability to grill your sim’s baby and give birth to alien twins.

The series saw huge success, selling over 200 million copies worldwide and taking the title as one of the best selling video game series of all time. The series even picked up five world records in the Guinness World Records Gamer’s Edition 2008.

Spin-off games from “The Sims” series include “The Sims Online,” “MySims,” “SimCity” and more.

“Harry Potter and the Sorcerer’s Stone”

EA brought this action-adventure to immerse players in the wizarding world. The game takes place in the first installment of the series, “Harry Potter and the Sorcerer’s Stone.” The story follows Harry Potter, a boy who discovers that he is a wizard and is accepted into Hogwarts, the school of witchcraft and wizardry. Experience the halls of the castle, learn news spells and stop Lord Voldemort from gaining power. With the help of his friends, Ron and Hermione, the trio face challenges throughout the story, with minigames throughout.

The game was initially created for PlayStation, PC, Game Boy Color (GBC), Game Boy Advance, and Mac OS X in 2001. But a remake was released in 2003 for the GameCube, PlayStation 2, and Xbox. The game received mixed reviews, some saying that the license was what drew fans in to play the game.

“Grand Theft Auto” has remained a controversial and popular series. Before Rockstar Games’ fifth release in 2013, previous titles such as “Grand Theft Auto: Vice City” and Grand Theft Auto: San Andreas” have been a favorite among gamers. While the Miami-like location gives gamers a fun location to go wild in, it was in “San Andreas” that many gamers found their heart, with its gameplay and the incorporation of a lengthy list of cheat codes.

The classic Nintendo series kicked off on the Super NES in 1985 with “Super Mario Bros.” The franchise features the series’ mascot, Mario, his brother, Luigi and their friends in adventures throughout the Mushroom Kingdom. The player jumps and runs across a map, maneuvering over obstacles to save Princess Peach from the franchise’s antagonist, Bowser.

The series has grown to have 19 more games within the series, the most recent being “Super Mario Odyssey” for the Nintendo Switch in 2017. The franchise has spun off in various gameplays, such as “Mario Party,” “Mario Kart,” and the Luigi, Wario and Yoshi series.

Developed by Capcom, “Street Fighter” is a classic competitive arcade fighting game that was released in 1987. Though it was not as popular as its sequel, “Street Fighter II,” during the initial release, the game became a standard for other games to follow, like its six-button configuration.

The game features a one-on-one battle versing a computer opponent or a second player. Each match has three rounds where the player must knock out (or K.O.) their opponent within 30 seconds.