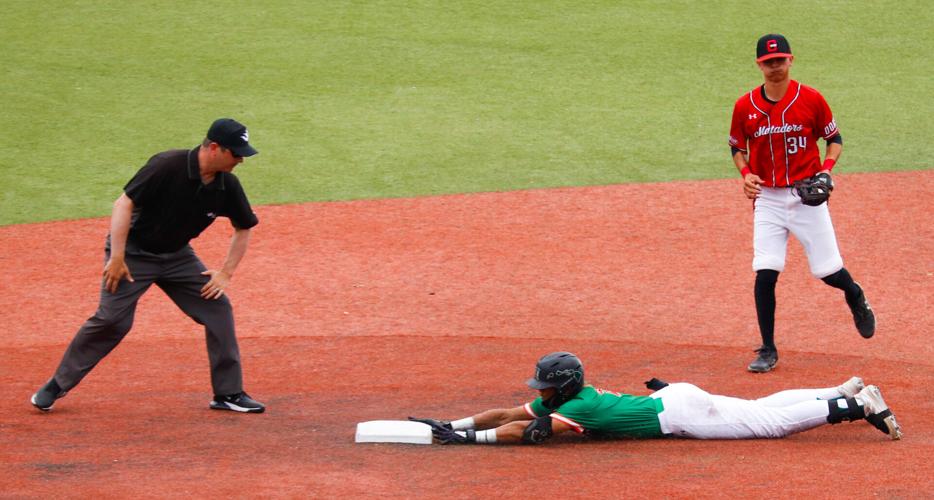 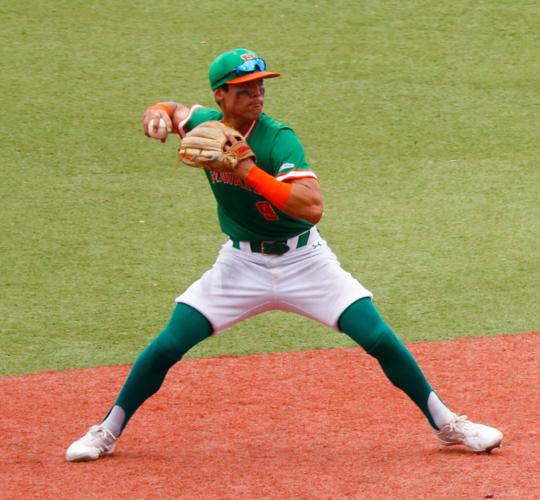 HONOLULU — Whatever the University of Hawai‘i does on Sunday is working. Entering this past Sunday, the team was 9-2 on that day of the week, averaging over nine runs of offense per game.

“The energy on Sundays is unmatched with this team,” Hawai‘i infielder Kyson Donahue said. “From my personal experience in college baseball on Sundays, the teams come out a little flat. Not with this team. We always find some type of energy or something to get us going, and we just love playing on Sundays.”

Hawai‘i went with a bullpen game, using four different pitchers over nine innings. Andy Archer started the game on the mound for the Rainbow Warriors and pitched 2⅓ innings of shutout ball before being relieved by Dalton Renne (2-2).

“I almost kind of forgot what it feels like,” Archer said about making his first start since Apr. 16. Archer went on to add that with a bullpen game, his mentality was different.

“When you’re coming in the seventh inning, you just want to give it your best shot and empty the tank. I just tried to do the same thing, but just starting out in the first inning.”

Renne, Tai Atkins, and Cameron Hagan finished the job out of the bullpen for Hawai‘i. The trio only allowed three total hits and gave up the only Northridge run of the game, a fielder’s choice in the sixth inning off Atkins.

“One time through the order,” Hawai‘i coach Rich Hill said about the team’s pitching strategy on Sunday. “We just wanted them to see a different look every single time through.”

Cal State Northridge starter Diego Gutierrez (2-1) did not last long after allowing three Hawai‘i runners to cross the plate in the first inning, the only inning he pitched. He was charged with the loss, his first of the season.

Blaine Traxel, who threw 124 pitches on Thursday night in Northridge’s win, entered the second inning in relief of Gutierrez and went the longest of any Matador pitcher, going three innings.

Hawai‘i heads out for its final road trip of the season and will play a three-game series against UC San Diego that begins on Friday and one game against California Baptist on Monday. First pitch on Friday is scheduled for 3:30 p.m. HST.