You have permission to edit this article.
Edit
HOME
BASKETBALL
FOOTBALL
TENNIS
VOLLEYBALL
WATER POLO
OTHER SPORTS
1 of 5 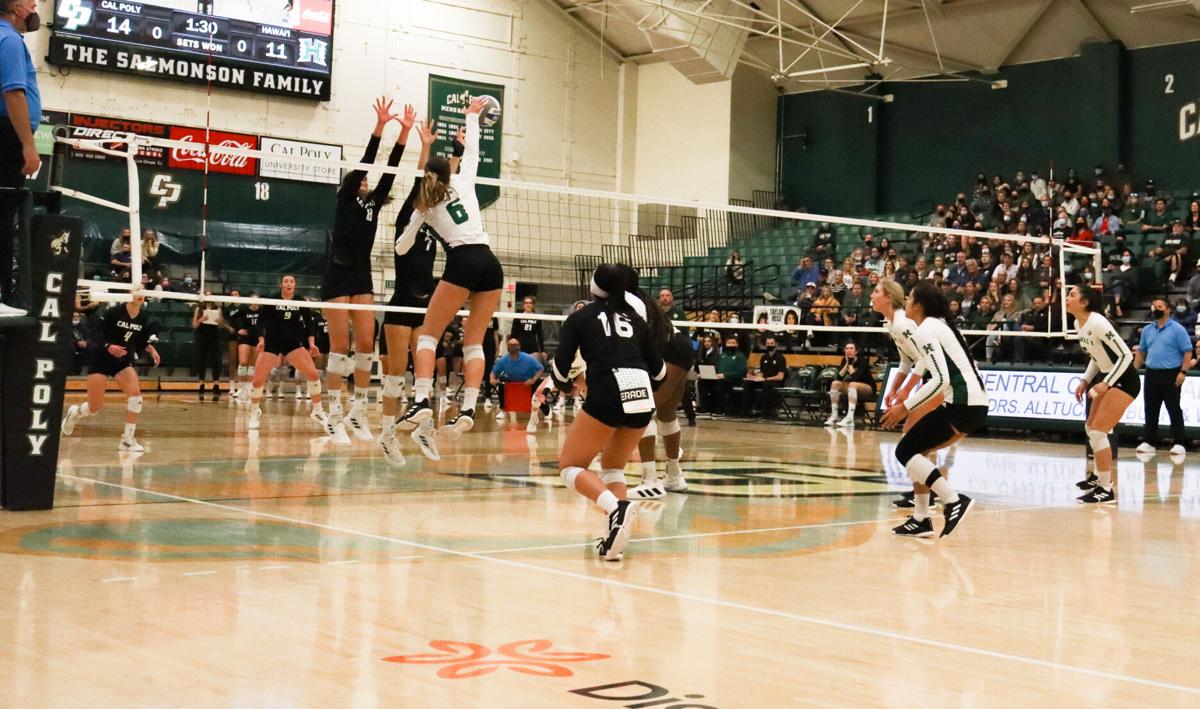 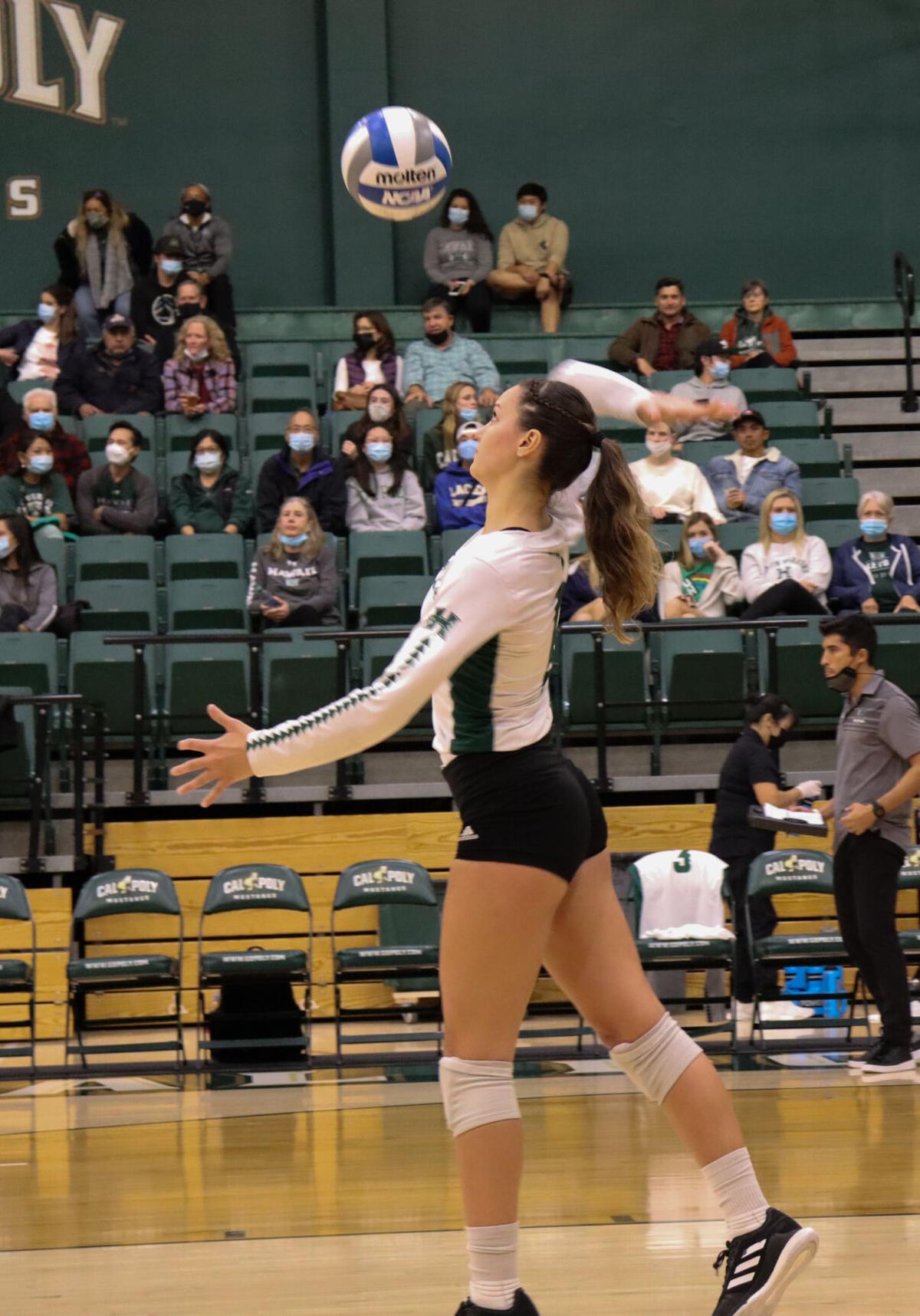 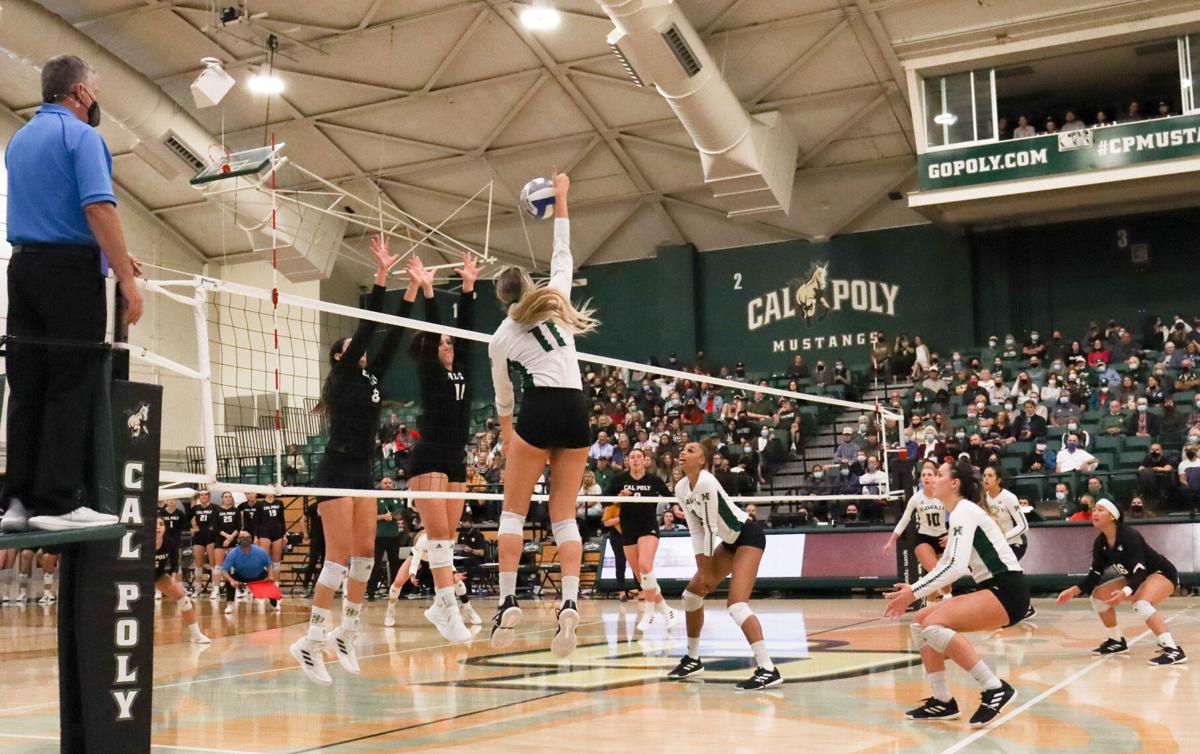 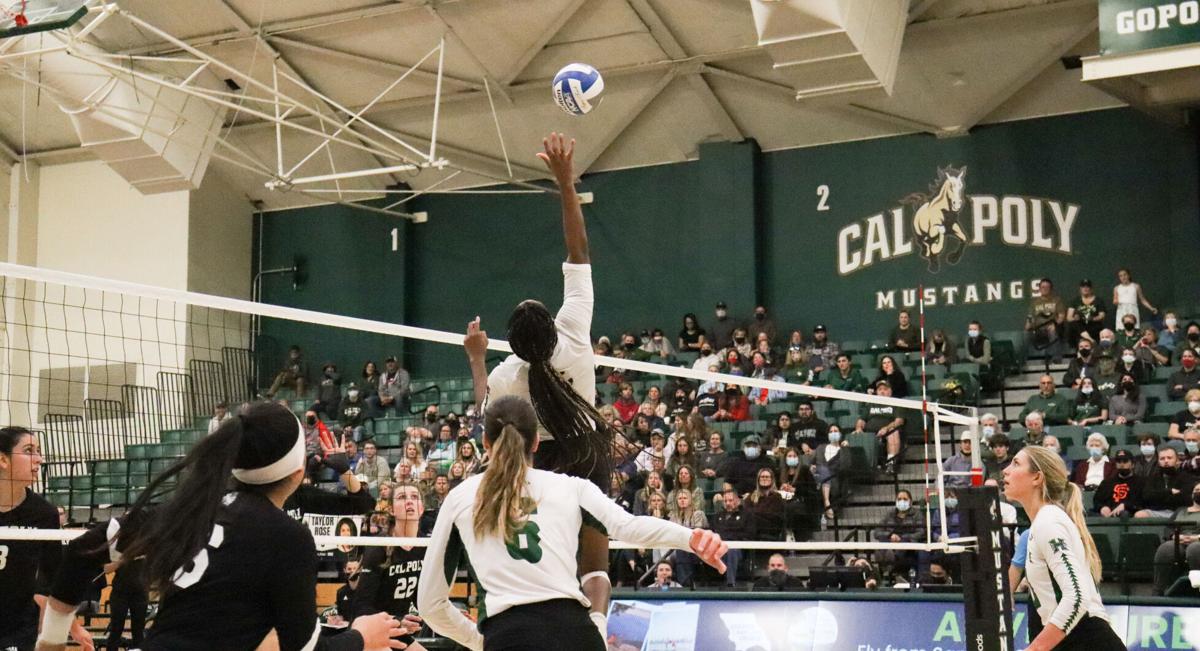 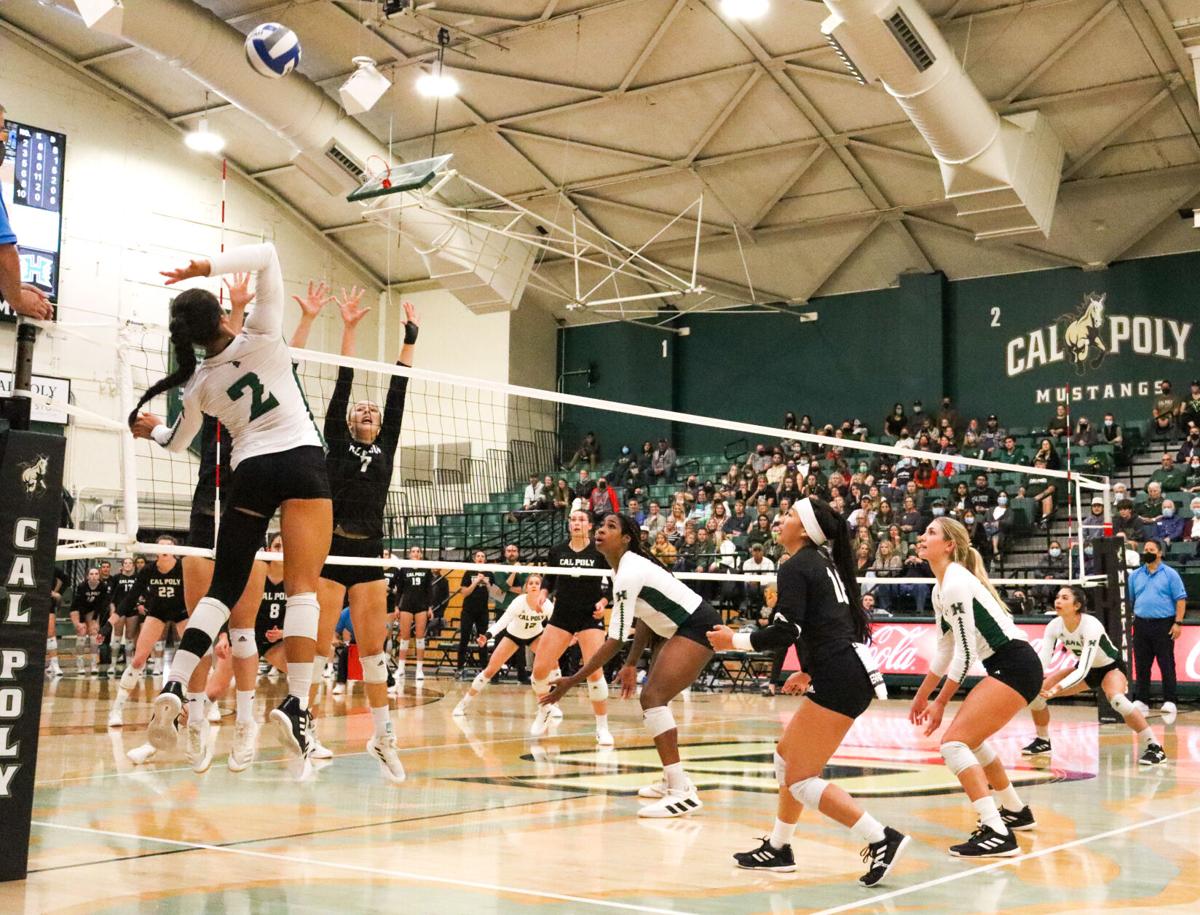 In front of a raucous crowd, the Rainbow Wāhine volleyball team swept Cal Poly San Luis Obispo inside the Mott Athletics Center on Saturday in their last road game of the regular season. Hawaiʻi completed the sweep with set scores of 25-22, 25-18 and 25-20. Hawaiʻi only hit .252, but it was enough to defeat the Mustangs, who hit .142. Riley Wagoner paved the way for the Wāhine and led all players with 12 kills.

The box scores might not show it, but the Mustangs were a tough opponent for the Wāhine, with their defense making tough digs all night on hits that the ‘Bows would normally have scored points on. The ‘Bows had to overcome a shaky start to the first set to come back from 6-1 and 13-7 deficits, but controlled the following sets with ease.

Hawaiʻi head coach Robyn Ah Mow said that she cannot explain the team’s slow starts this season but knows her team’s potential to bounce back.

“I know this team and I know that they can come back out of that, therefore I didn’t call a time-out,” she said.

To start the match, the Mustangs were able to score 5 consecutive points to take an early 6-1 lead after the Wahine committed multiple errors. Cal Poly displayed some power on their spikes and one of their kills in the first set was a spike that bounced off Hawaiʻi setter Kate Lang’s head. A kill by Avalon DeNecohea would later give Cal Poly a 14-9 lead.

The ‘Bows responded by scoring 5 consecutive points to tie the game at 14. Two late kills by Tiffany Westerberg gave the ‘Bows set point 24-22. Amber Igiede scored the set-winning point for Hawaiʻi with a kill and had 5 kills in the first set.

Igiede, who was coming off a 20-kill performance against CS Bakersfield the night prior, ended the night against SLO with 10 kills, four block assists and three solo blocks.

Ah Mow credited their opponents for slowing Igiede down.

“She is a big force for us,” she said. “Cal Poly actually kind of blocked that a little better than the other teams that we played, kind of frustrated her a little bit, but she came through it.”

To start the second set, the Wāhine kept a 3-point lead over the Mustangs. The score was 13-10 when the ‘Bows began to pull away from the Mustangs, increasing their lead 17-10 by scoring four consecutive points. With the 7-point cushion the Wāhine were able to cruise to a 25-18 set win.

The third set was much like the second, with Hawaiʻi jumping ahead of Cal Poly early. The ‘Bows were leading 16-9 when the Mustangs began to claw their way back into the set. Cal Poly scored 5 straight points, and after exchanging sideouts with Hawaiʻi they tied the score 18-18. With the ‘Bows leading 21-20 they put any hopes of a Mustang comeback to rest by scoring three straight points. An error by Cal Poly then gave the ‘Bows the match-winning point.

The ‘Bows have now won nine matches in a row heading into the final weekend of the regular season, where they will face CSUN and UC Santa Barbara.

According to Ah Mow, the nine-game winning streak was not important and said the team should be focused on the games at hand if they want to close out the season with a pair of wins.

“I don’t really care about stuff like that but I think we just have to keep going,” she said. “We have to come in determined that this is the way we want our season to go. We have a lot of stuff that we can fine tune and work on.”