Skip to main content
You have permission to edit this article.
Edit
HOME
BASKETBALL
FOOTBALL
TENNIS
VOLLEYBALL
WATER POLO
OTHER SPORTS
1 of 12 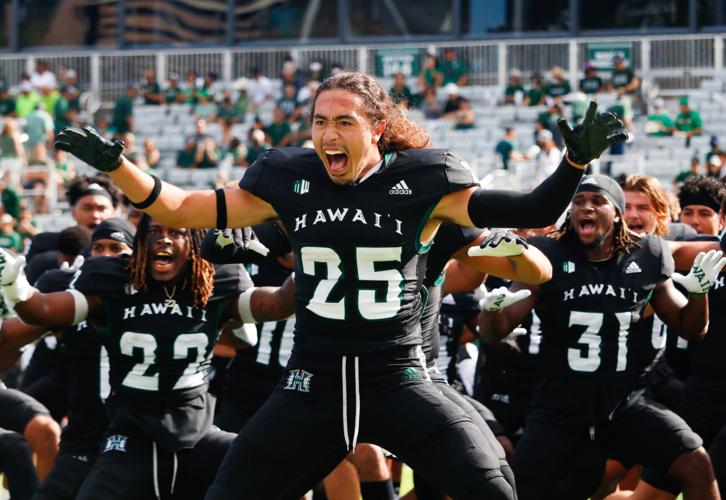 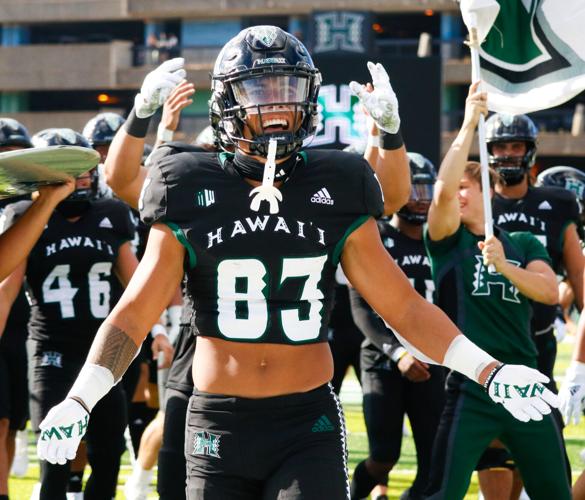 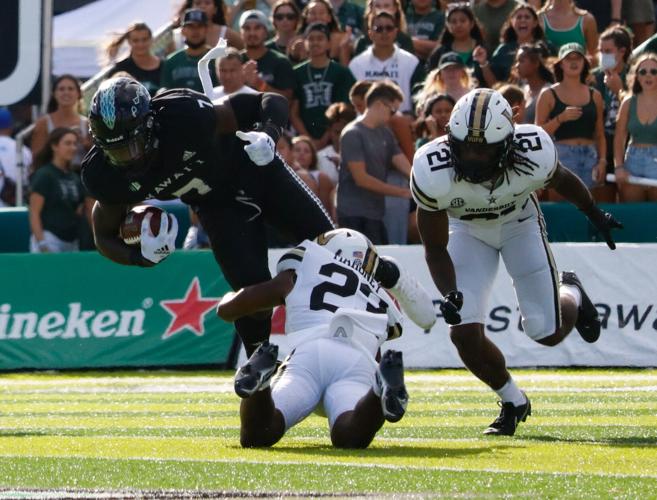 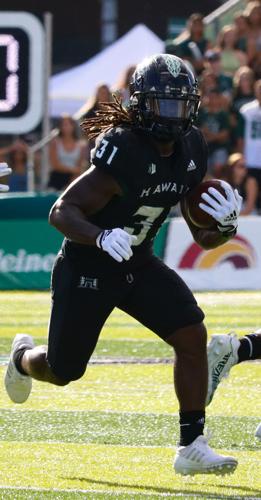 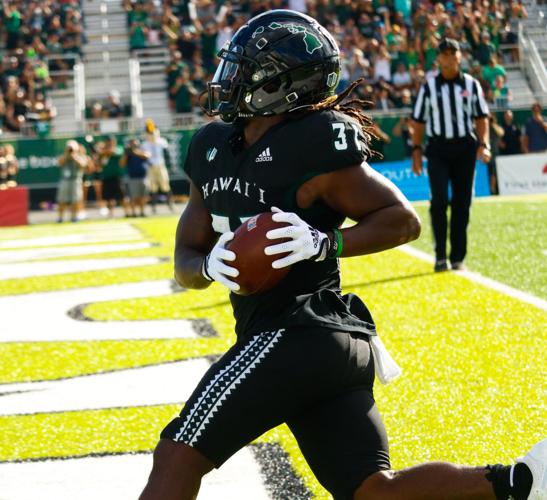 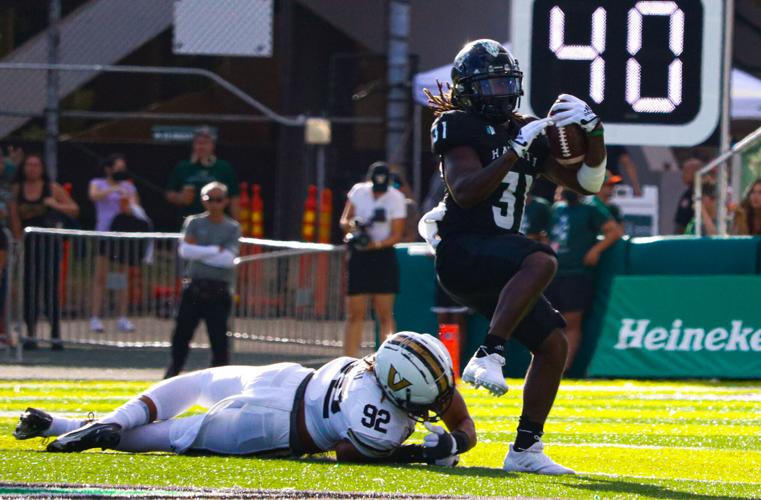 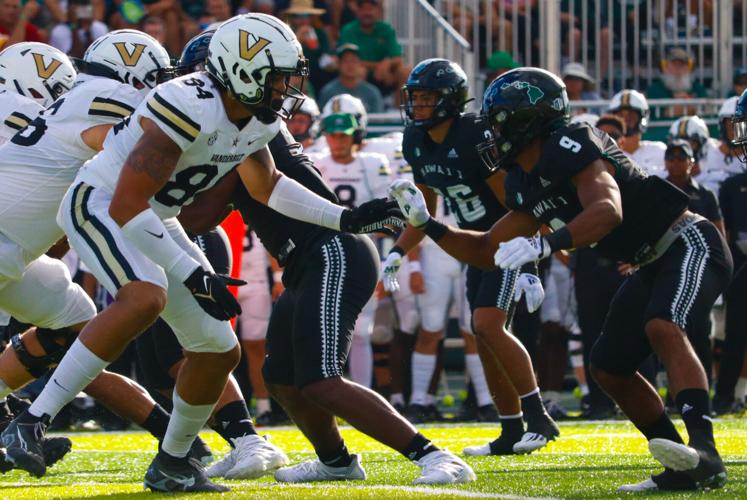 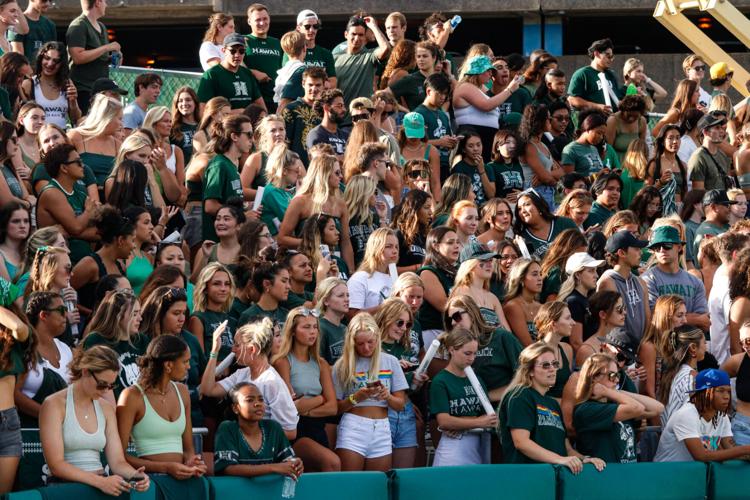 Fans cheer Rainbow Warriors as they open first game of the Timmy Chang era with loss to Commodores Aug. 27, 2022. 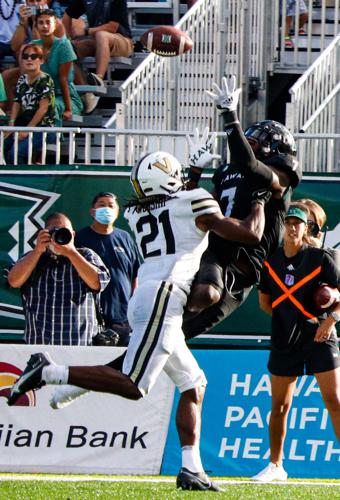 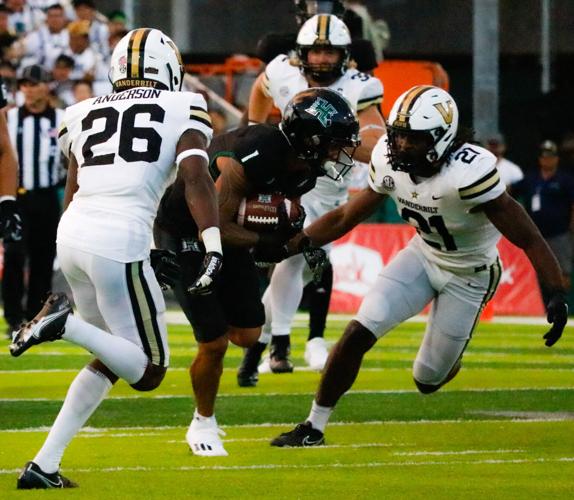 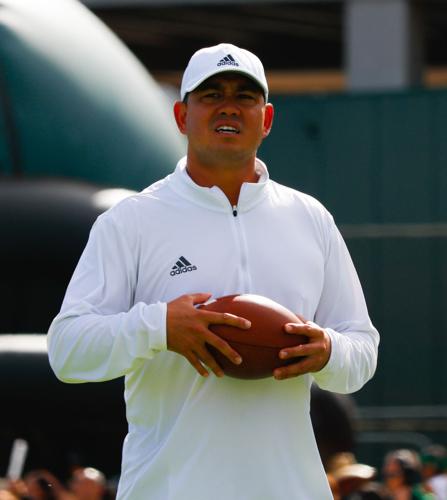 Fans cheer Rainbow Warriors as they open first game of the Timmy Chang era with loss to Commodores Aug. 27, 2022.

The University of Hawai‘i at Mānoa football team’s season opener against Vanderbilt Saturday night gave some insight into the question of how this team looks but left some other questions unanswered.

Dedrick Parson’s 37-yard touchdown run on the opening drive of the game showed potential for what the Hawai‘i offense could be in 2022, but the running back’s two fumbles that were returned for Commodore touchdowns shifted the momentum against the Rainbow Warriors in their 63-10 loss at the Clarence T. C. Ching Athletics Complex.

“Despite me having a good run, the rest of it is the game. The fumble is the turning momentum of the game,” Parson said. “That’s something that I can’t do, especially being a leader of the team. I got to anchor down on my fundamentals, and those fumbles can’t happen.”

As for who would be the Rainbow Warriors’ starting quarterback, Brayden Schager got the start of the game but Pitt transfer Joey Yellen entered in the second half. Schager re-entered the game in garbage time of the fourth quarter, finishing 18-of-35 for 161 yards. Yellen went 10-of-20 for 89 yards.

“That first series was pretty good with Schager. I thought he did well,” Hawai‘i coach Timmy Chang said. “There were some opportunities early on that I think we could capitalize on, and then we just wanted to give Joey another opportunity to show what we can do and see what we have as a team.”

Defensively, the Rainbow Warriors made a couple of stops early on in the first quarter, forcing a punt and turnover on downs on Vanderbilt’s first two drives of the game. The Commodores’ running game also began to take shape as the game went on and used it to establish its lead, with five touchdowns on the ground.

“We didn’t make them earn it. In the first quarter, we were making them earn everything,” Hawai‘i linebacker Isaiah Tufaga said. “After halftime, it was explosive plays that were killing us. We have 12 more weeks to fix that.”

Hawai‘i is back at the Ching Complex to play Western Kentucky Saturday. Kickoff is scheduled for 6 p.m. HST and will be televised on Spectrum Sports pay-per-view. ESPN Honolulu will have the radio broadcast.