Skip to main content
You have permission to edit this article.
Edit
HOME
BASKETBALL
FOOTBALL
TENNIS
VOLLEYBALL
WATER POLO
OTHER SPORTS
1 of 4 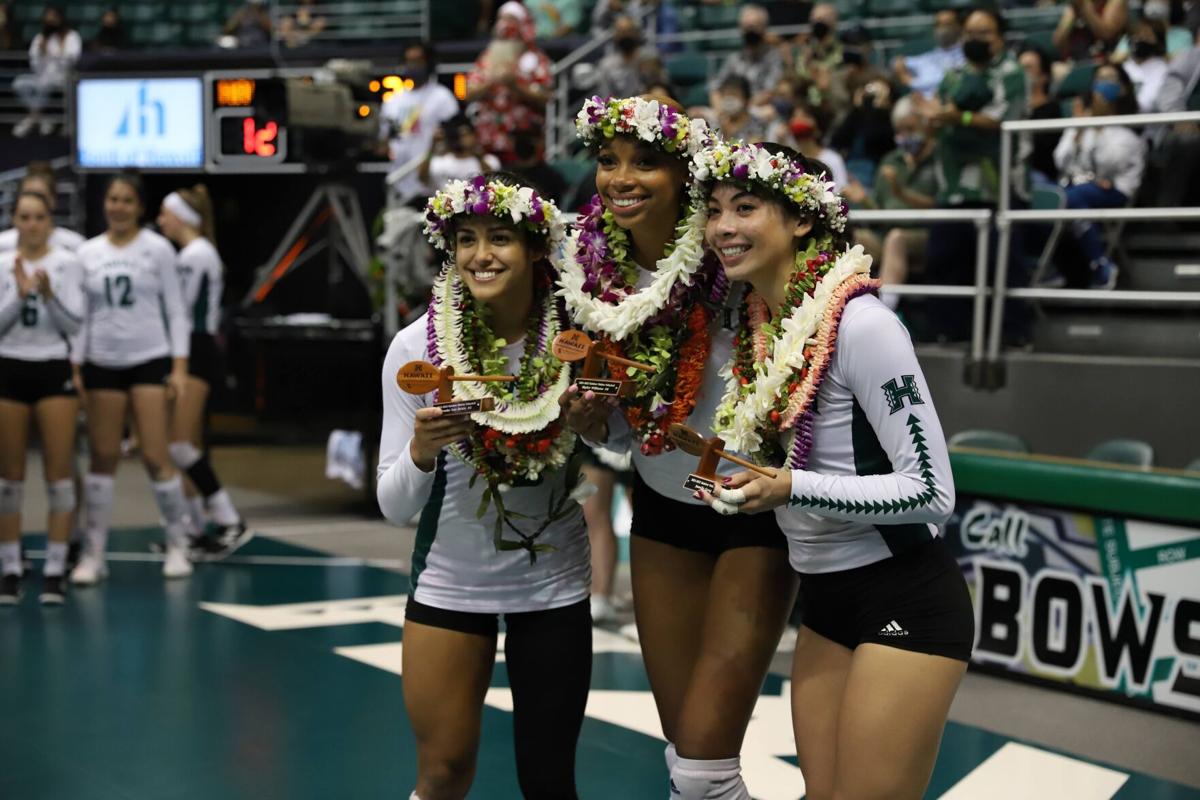 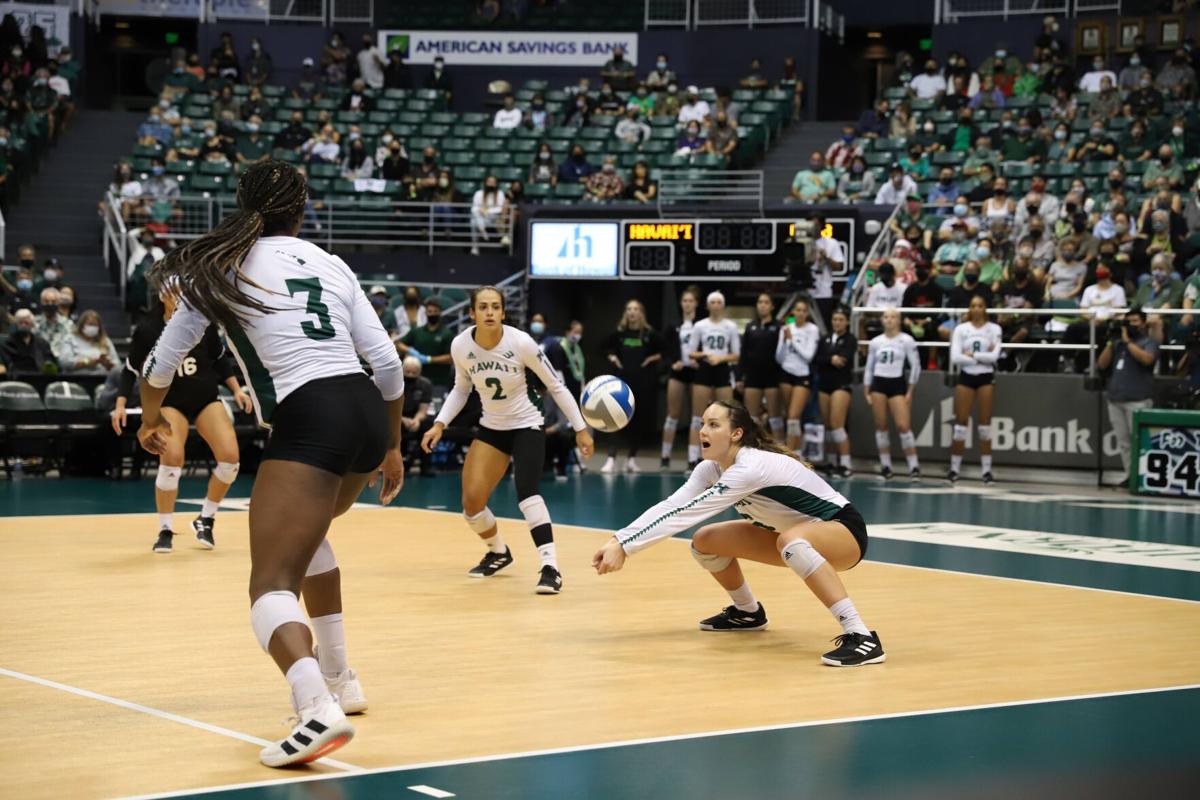 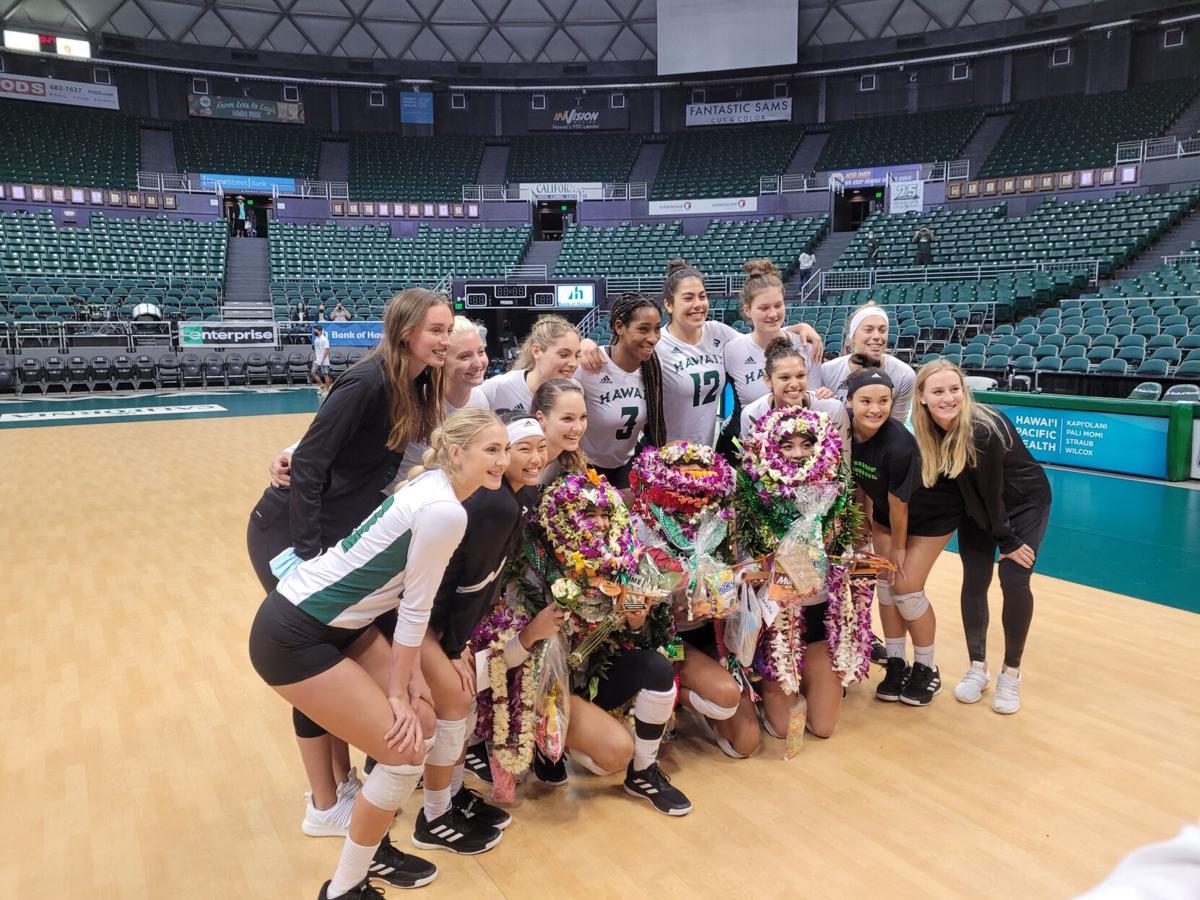 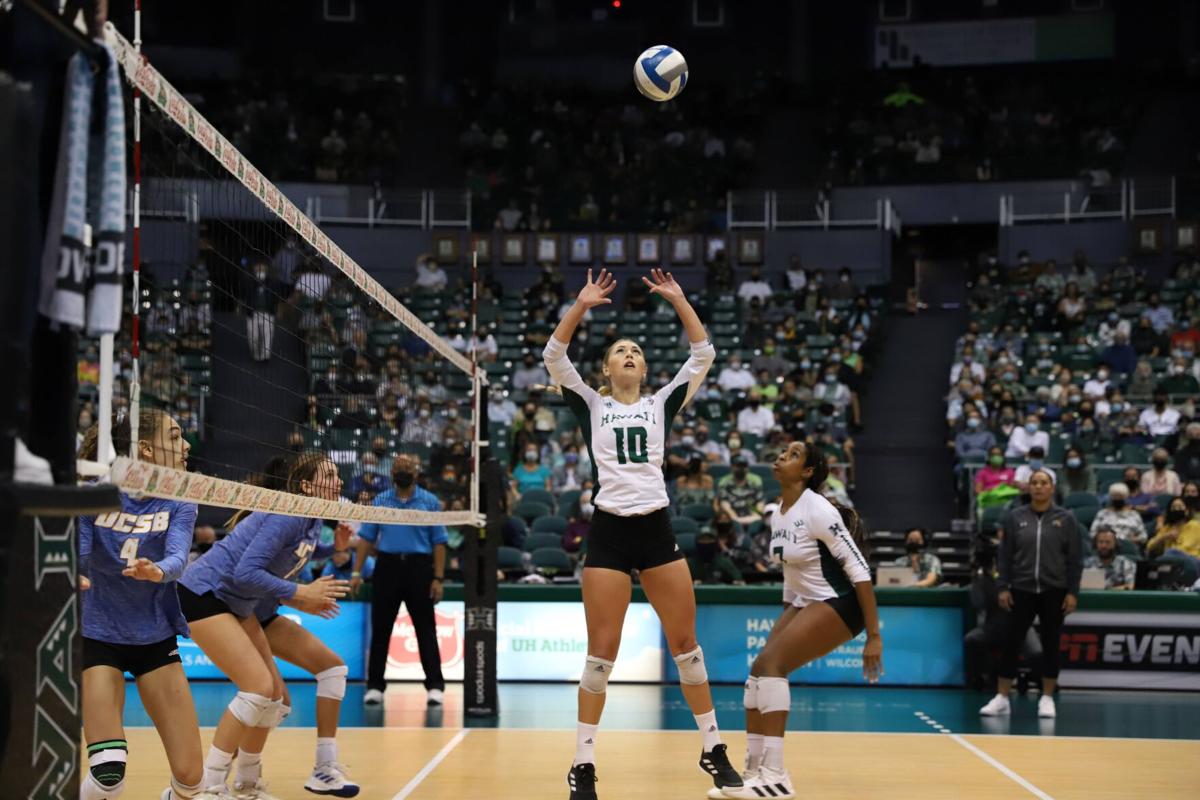 Like the radio voice of University of Hawai‘i volleyball Tiff Wells says, there is no better place to have a senior night than in Hawai‘i.

Okay, maybe he did not say that, but he did tweet something with a similar message.

Saturday night was the final home match of the University of Hawai‘i women’s volleyball team’s season and three seniors were honored after the five-set loss to UC Santa Barbara inside SimpliFi Arena at Stan Sheriff Center. Scores for the match were 25-18, 21-25, 23-25, 25-19 and 12-15 for Hawai‘i, who honored Janelle Gong, Brooke Van Sickle, and Skyler Williams.

“This night is for the seniors. Definitely a bummer that we couldn’t win,” Hawai‘i coach Robyn Ah Mow said. “Hats off to Santa Barbara for playing a great game. We’re going to take this as a learning experience and move on.”

Van Sickle led the Rainbow Wāhine in kills with 21 on Saturday on 55 attempts. Williams recorded seven kills and five blocks, and Gong had nine digs and a service ace. The trio played all five sets, with Gong and Tiffany Westerberg alternating back row and front row play.

“It’s always tough losing on senior night,” Hawai‘i outside hitter Riley Wagoner said. “Tonight was a learning curve that we can take into the tournament and work on things that we saw.”

Wagoner had 18 kills on Saturday night. She took 64 swings over the five sets against the Gauchos, the most by a Rainbow Wāhine since McKenna Granato’s 63 against Baylor in 2017.

“The arm’s not too bad right now,” she said. “We’ll see after tomorrow.”

Set one was the most efficient the Rainbow Wāhine were all night, recording 18 kills and a sideout percentage of 94%.

After hitting .342 in set one, Hawai‘i struggled in the final four sets, hitting .155 overall with 22 attack errors. The Rainbow Wāhine lost the second set as they only had 10 kills on a .024 hitting percentage, as well as limited play from their normally dominant middle blockers, who finished the set with a hitting line of 3-5-9 (-.222).

UC Santa Barbara appeared to be the better team in the third set compared to Hawai‘i, but unforced errors by the Gauchos kept the Rainbow Wāhine within striking distance. Hawai‘i tied the set at 22-22 on a dig-kill by Tayli Ikenaga before kills by Tallulah Froley and a block by Rowan Ennis and Tasia Farmer on Amber Igiede helped the Gauchos win the set.

Hawai‘i won the fourth set behind its seven blocks in the set, including three in the final stages of the set. The blocks led to UC Santa Barbara flatlining in the set at a .000 hitting percentage and also forced a winner-take-all fifth set.

The fifth set proved to be tough for Hawai‘i, who tied the game twice but never led. Neither team recorded an attack error in the set, with UC Santa Barbara outhitting Hawai‘i .577 to .379.

For UC Santa Barbara, they had four players with double-digit totals in the kill category, and two players with double-doubles. Michelle Ohwobete had 11 kills and 11 digs, and Grace MacIntosh had 25 assists with 11 digs. Punahou alumna and Gauchos setter Mehana Ma‘a had 29 assists and nine digs.

As for Hawai‘i, they’ll figure out where they’re seeded for the NCAA tournament on Sunday at 3:30 p.m. HST, when the selections are announced on ESPNU.