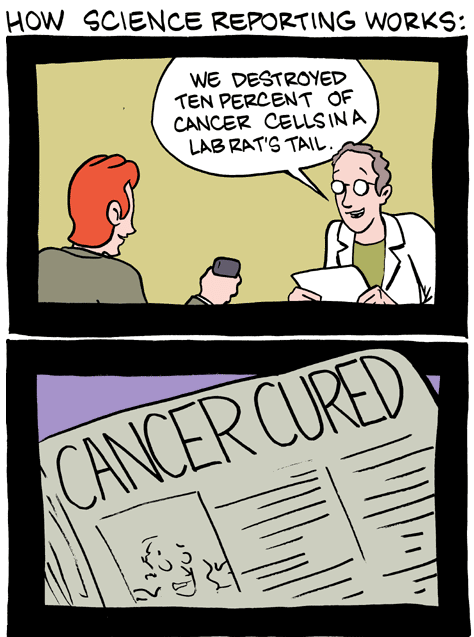 Scientists, reporters, and citizens are equally responsible for understanding and applying scientific research to our world | Art by Zach Wiener 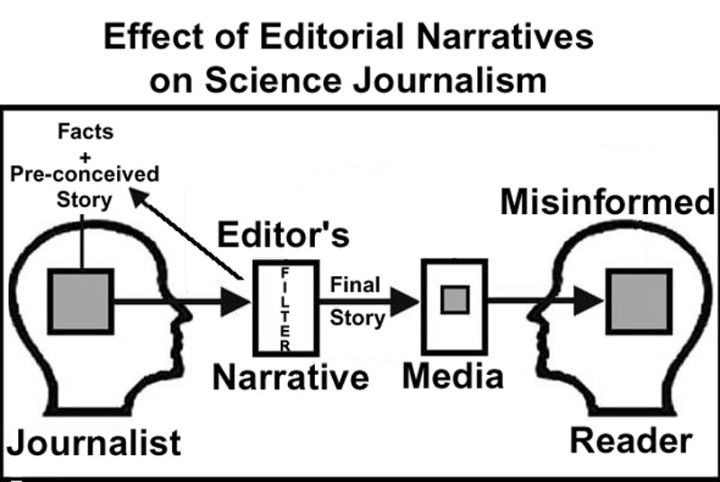 A journalist and editor determine the public's understanding of scientific discourse and accuracy. | courtesy of Watts Up With That 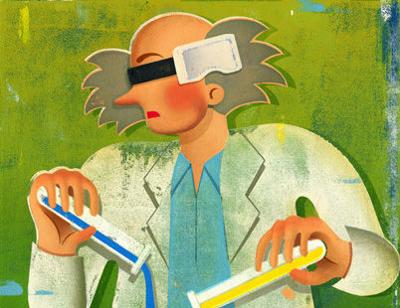 On Thursday, Feb. 22, 2018, President Trump suggested video games are negatively “shaping young people’s thoughts” during a school safety meeting at the White House. The statements were then reported on by Chris Morris for Fortune.com. Trump’s reasoning and Morris’ reporting failed to understand the nature of scientific research. This failure illuminates a growing necessity for the general public to understand how science works.

Not everyone needs to or should be a scientist, but everyone should understand the basics of how research is conducted in order to effectively resolve complex problems in our shared world.

Trump does not quote any scientific study. He demonstrates ethos by stating “more and more people” are the source of his information. Who are the people he is talking about? If these are nameable people, what about those who represent the opposing viewpoint of video game violence? What is the benefit for Trump in not addressing an opposing side?

Morris’ report on Trump’s comments is accompanied with the headline “Video Game Violence is not supported by the Supreme Court or Researchers.” However, Morris’ only quote to represent “researchers” is from a 2012 article by researcher Chris Ferguson, which states “There is no good evidence that video games or other media contributes, even in a small way, to mass homicides or any other violence among youth.”

Why does Morris, like Trump, not address research from other researchers besides Ferguson? While there was substantiation on Morris’ part in quoting Antonin Scalia’s statements that “Video games qualify for First Amendment protection,” this quote is from seven years ago.

Science is a conversation; news is a headline

The goal of science is to understand and explain our world. Journalism aims “to provide citizens with the information they need to make the best possible decisions about their lives, their communities, their societies and their governments,” according to the American Press Institute.

The scientific method does not prove – it builds and develops over time in order to reach parsimony, breadth and reliability. It is a living, ever-changing endeavor. It has no end. However, with the saturated nature of 21st century information and the competition for consumers and readers, Morris’ article highlights how some reporters lack either the time or the ability to explain science to the public. Rather, they focus on a headline that will grab an audience. An article needs to have a beginning and an end.

This skimming of science in our media affects the public. President Trump, not trained in scientific academia and research, finds logic in phrasing such as “more and more people are saying (insert broad claim about scientific study).” He is just one voice in an uninformed discourse on science and social science.

So, are video games bad or not?

“A consensus does not exist in the psychological community or the broader academic community on the relationship between violent video games and aggression,” according to the APA's 2015 "Resolution on Violent Video Games." That is not a story that would sell. The American Psychological Association (APA) knows that would not be an answer that sells, either.

The article “Selling violent video game solutions” (linked above) examines the political pressure and bias of science itself in regard to the APA’s resolution, which “'confirms' the link between violent video games and aggression."

Focusing critique on the APA’s Task Force on Violent Media (2013–2015) the article states “the ‘appeal to authority’ logical fallacy offered by task force reports ... may do less to illuminate the truth behind scientific findings, and more to illuminate the social, moral, and political agendas of those organizations offering those reports.”

The APA’s efforts to reach a conclusion on video game violence ultimately may have been a biased urge to provide the public and politics with an answer on the question.

It is easy for reporters, researchers and ourselves to formulate opinions on an issue. It is not easy to understand and solve a complex issue such as violence and young adults. We all want an answer. Unfortunately, the answer is often to quickly find a scapegoat rather than a legitimate solution.

What Morris’ wrote in his report on video game violence is not wrong. What Ferguson “emphatically” stated is also not wrong. And, by some extension, what President Trump stated in the meeting is not wholly wrong. Trump is a citizen uneducated in science; a citizen any of us can or may manifest into when we are presented with a pressing issue and variables we do not understand.

What we cannot do is accept the uninformed ignorance of Trump or perhaps ourselves. We cannot accept reporting that offers only topical regurgitation to drive a headline. It is our responsibility as citizens to inform ourselves. We are more capable than sitting and blindly feeding on information; we can seek and learn how science is affecting our lives without being scientists. And, hopefully, with greater ownership of our own information, we can see a better generation of reporting, leadership and citizenship that understands and responsibly applies science to complex problems.

Here are classes at the University of Hawai’i at Manoa that teach scientific methodology in psychology, social science and general science overall: